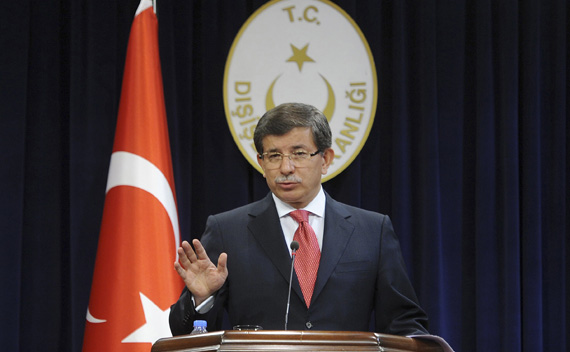 By a happy quirk of personal destiny I happened to be in Istanbul recently when the Turkish Foreign Minister Ahmet Davutoglu gave a talk at the opening dinner session of the Istanbul Forum. His theme was the Arab Spring as a defining  historic moment of the post-Cold War era of world politics. In the past I have made no secret of my admiration for the thought and creativity of Mr. Davutoglu’s diplomacy. Since appointed as Turkish foreign minister on May 1, 2009, he has in this short period already had an indelible impact on regional and world affairs. I believe that his exceptional contributions to the statesmanship of our time flow directly from his academic studies carried out prior to his entry into government service, as well as the experience he gained during several years of prominent apprenticeship as Chief Advisor to both the Foreign Minister and Prime Minister. Rarely in my knowledge has a major country allowed its foreign policy to be shaped by a non-politician whose public stature and morally attuned sensibility are based on his intellectual accomplishments. Mr. Davutoglu’s authority rests on an impressive mastery and blending of history, politics, law, ethics, and culture as providing the necessary components for a coherent strategic outlook. 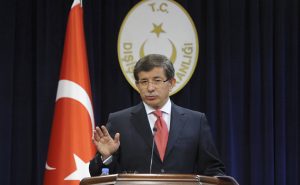 One struggles for contemporary comparisons, finding a few similarly qualified and constructive figures that served their country well by directing its foreign policy. Perhaps the most obvious comparison is with the great Chinese Communist Foreign Minister between 1949-1958, Chou En-lai, who was renowned for his learning and pragmatically sound insights into the foreign policy challenges facing his country at a difficult time of transition. Yet the comparison falters because Chou’s thought and action were derivative from a totalizing ideology, lacked freedom of maneuver in policy given Mao’s stern overall control of the Chinese state, and devoted most of his career to navigating with great skill a turbulent revolutionary struggle within China.

Another comparison that might be the intellectually formidable Dean Acheson who served as the American Secretary of State in the period immediately following World War II, and presided over the formation of efforts to respond both to its role as leader of the West and to the Soviet challenge. His was an articulate and generally sensible pragmatic leadership that deserves generally high praise, but it was anchored in a starkly realist worldview that rejected any mention of normative perspectives based on law, ethics, and justice when contemplating the future of world order. It is precisely this receptivity to the normative foundations of human identity that gives Davutoglu’s worldview its uplifting historical relevance. I would observe that without such an appreciation of law, ethics, and justice, Davutoglu would be just one more intelligent realist who spent his time devising how best to manipulate the power configurations confronting his government. At the same time Davutoglu is not a dreamy legalist or moralist in the tradition of Woodrow Wilson; he has a firm grasp of the strategic dimensions of world politics, and his untranslated volume on ‘strategic depth’ is undoubtedly his greatest intellectual contribution up to this point.

In all probability the only recent political figure that possesses an influence and academic credentials comparable to Davutoglu is Henry Kissinger, but having proposed the comparison I need immediately to subvert it mainly for reasons just indicated. Before doing so, it needs to be acknowledged that Kissinger has at this point far exceeded Davutoglu both by his length of tenure at the pinnacles of state power, and by his historical impact, having served a government that possessed the role and status of being the global leader. In contrast, Davutoglu is a relative newcomer, and Turkey is a rising middle power on the global stage, although increasingly a dominant regional presence.

Still, positive and negative comparisons with Kissinger seems useful. To begin with, Kissinger was a facilitator, not an architect or even an innovator. He was an adept amoral foreign policy entrepreneur who successfully sought and gained entry to the domains of the powerful, and while not a politician, always was prepared to make himself available to do the dirty work of politics. Both Kissinger and Davutoglu share an uncommon ability to think about and explain clearly the most complex international challenges, and both seem endowed with inexhaustible reserves of superhuman energy to implement almost singlehandedly a multi-faceted foreign policy, and neither exhibits great sophistication or appreciation of the economic dimensions of foreign policy, but here the recitation of similarities ends.

Kissinger is stained by his many prevarications and unprincipled approach: extending the war in Vietnam to Cambodia in a manner that allowed, almost coerced, the extremist Khmer Rouge to abandon the countryside, and take over the cities and then harshly impose its will on the entire country by perpetrating one of the worst genocides in history; in the course of diplomatic negotiations to end the Vietnam War, threatening the North Vietnamese with nuclear weapons if they did not give in to American demands in the course of what were supposed to be peace talks; encouraging the military coup in Chile, ironically carried out on 9/11 (1973) and then backing the notorious dictator, Pinochet, even endorsing Operation Condor, a pre-drone assassination program that inflicted torture and terror on the people of Chile, especially its most idealistic and dedicated youth. Despite his intellectual stature, formidable diplomatic skills, and public recognition, Kissinger is far too compromised ethically and legally to be regarded in a positive light. In this regard, the criticism of Kissinger goes beyond his arch embrace of political realism, and extends to his complicity in the commission of crimes against humanity and war crimes.

Davutoglu has served his government without making any such Faustian Bargains that would suggest that his foreign policy activities are part of an unacknowledged agenda of ambition, international opportunism, and political subservience rather than a reflection of prudence, wisdom, and above all, moral integrity. This quality of principled behavior is what sets Davutoglu permanently apart from the Kissingers of this world, and as unusual as it is for someone of such qualities to rise to such governmental heights, it is probably rarer still, for the presiding politicians in government to seek, welcome, and reward such principled guidance. In this respect, the citizens of Turkey, and really all of use of in the region and the world, should be grateful for the confidence and trust bestowed on Davutoglu by Prime Minister Erdogan and President Gul. It is they who have lifted him from academic obscurity to diplomatic eminence, and obviously shared, appreciated, and rewarded his growing number of contributions to Turkish security and influence, as well as to regional peace and justice. This principled consensus was dramatically displayed by the recent visit of the Turkish leadership to Somalia followed by major financial assistance to this most ravaged of African countries. Turkish acceptance of responsibility to lead UN policy toward the 49 Least Developed Countries, beginning with the UN mega-conference held in Istanbul this May is a further demonstration that Turkey’s identity as a principled global actor is more than a reflection of its foreign policy.

Perhaps, in this case, the fusion of private religious devotion and public service are connected in ways unique to Turkey that create political space needed for this show of benevolence in government. And here, I think, but it is no more than a conjecture on my part, that some credit needs to be given to the republican legacy of Kemal Ataturk. I say this hesitantly, as an outsider peering inside Turkey through the narrow window slit of my limited knowledge and experience, but it does seem that Turkish secularism, despite its unfortunate excesses, has allowed (for men at least) an effective fusion of religion, morality, and politics at the highest level of the Turkish governing process. Such a fusion has not happened elsewhere in the region. For instance in Iran the Shah tried to mimic the West without establishing a sustainable republicanism. The Shah’s brand of authoritarian rule undermined the moral and religious traditions that derive from the great Persian heritage in the course of embracing a form of modernity that privileged only a small internationalized Iranian elite while consigning the mass of Iranians to seemingly permanent squalor. In the process, the Shah left nothing behind by way of constitutionalism on which to build a better Iranian future. Of course, significant blame for Iran’s trials and tribulations is deservedly given to the British/CIA interventions, especially covert moves in 1953 that helped overthrow Iran’s most encouraging democratic movement led by Mohammed Mossadegh, a passionate nationalist. This intervention led to restoring the Iranian monarchy, which established an oppressive police state with the help of its foreign friends. Mossadegh’s sin had been to challenge Western interests by claiming the right to pursue an independent foreign policy, especially through asserting Iranian sovereignty over natural resources by way of the nationalization of the Anglo-Iranian Oil Company. To understand the pattern of Western interventions in the Middle East, follow the oil! Consider in this regard, the current war talk directed at Iran, but also the recent destructive wars fought in Libya and Iraq.

The Iranian Revolution of 1978-79 spun out of this moral and spiritual vacuum that resulted from the Shah’s rule, but without having the benefit of a secular tradition that was both populist and principled. Unfortunately, the new Iran went on to reproduce in theocratic form many of the deformities of power that had precipitated the downfall of the Pahlevi monarchy despite its extensive apparatus of oppressive political rule and its unconditional support in Washington. Kissinger for good reason praised the Shah of Iran in his memoir “as that rarest of things, an unconditional ally.” The concrete embodiments of this submissive Iranian role meant selling oil to apartheid South Africa, as well as opening up its national oil fields to mainly American energy companies and allowing a huge U.S. military presence in the country that included surveillance operations carried out in the Soviet Union from bases in Iran. These comments on Iran are intended to point up how different has been the evolution of modern Turkey, and why someone of Davutoglu’s outlook could not possibly have risen to a position of influence in post-1979 Iran, and if somehow given such an opportunity, would likely have quickly lost the backing of the political leaders of the country, and been forced to return to the sidelines of power.