IAEA Credibility and Its Latest Report on Iran’s Nuclear Program 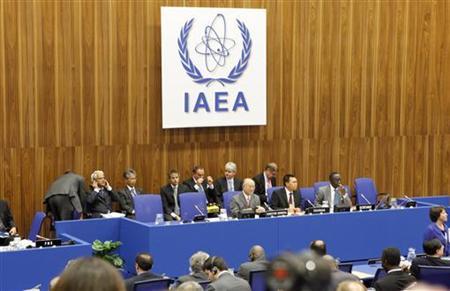 The International Atomic Energy Agency (IAEA) released its latest periodic report on Iran’s nuclear program last Tuesday after weeks of mainstream Western media fanfare around it. Wide debates have been going on since then in media circles about the significance and implications of this report for Iran’s nuclear issue. While some mainstream Western media journalists and political analysts have endorsed the entire content of the IAEA report on Iran’s nuclear program as gospel or have interpreted the report as next to a green light for a military strike against Iran’s nuclear facilities, others have cast serious doubts on both the motives and veracity of the claims made against Iran by the recently-inaugurated Japanese chief of the IAEA. To add to this ongoing debate, I would like to highlight several major facts about the latest IAEA report. 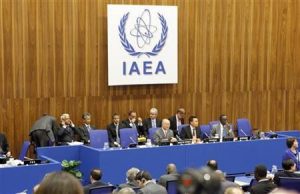 The first major fact is that while the IAEA report states, more or less as in the past, that it has concerns regarding “possible military dimensions to Iran’s nuclear program” it recognizes that it is not in a position yet to make any judgment about the existence or non-existence of military nuclear activities in Iran. It is in line with this fact that the IAEA report concludes with the now-too-familiar statement that while the IAEA “continues to verify the non-diversion of declared nuclear material at the nuclear Facilities” of Iran, it is “unable to provide credible assurance about the absence of undeclared nuclear material and activities in Iran, and therefore to conclude that all nuclear material in Iran is in peaceful activities”.

In other words, the latest IAEA report has not uncovered any new information bearing on the previous allegations about the possible existence of military nuclear activities in Iran. The decision of the IAEA director general to publicize the details of the existing speculations surrounding the existence of possible military nuclear activities in Iran can thus be regarded more as a political and public relations tactic rather than any action stemming from the responsibilities of the IAEA as a technical organization.

Second, despite proclaiming its sources and information as ‘independent’ and ‘credible’, the IAEA relies overwhelmingly on the intelligence provided by a handful of states, with questionable motives, for its assessment of the possible existence of military nuclear activities in Iran, rather than using any objective and independent route to obtaining and verifying such information. In most cases, there has been no independent way of verifying such allegations passed on as intelligence to the IAEA by a single government, other than resorting to other equally biased sources, namely those states which share the same intelligence and pursue similar political agenda toward Iran. The so-called “Alleged Studies Documentation”, which admittedly constitutes the backbone of the IAEA claim about the possible existence of military nuclear activities in Iran, has been provided to it by a single government in 2005.

The intelligence provided by the concerned government to the IAEA about suspected military nuclear activities by Iran has admittedly proved grossly wrongheaded in the past. The IAEA report recognizes that Iran, going beyond its obligations under the NPT, granted permission to IAEA inspectors twice in 2005 to visit the Parchin military site, which was suspected by the IAEA to host military nuclear activities. However, according to the IAEA’s own accounts, the visits “did not uncover anything of relevance” and what was suspected by the IAEA to be a site for nuclear explosion tests, turned out quite comically, by another account, to be lavatories of the Parchin military complex.

Third, many of the activities that have been depicted by the IAEA report as being geared toward producing nuclear weapons by Iran, have admittedly civilian applications. In fact, such civilian scientific activities go on in many other countries without raising the IAEA suspicion that they may be part of a structured program to develop nuclear weapons. What is interesting is that the report recognizes that IAEA inspectors have uncovered the evidence of such activities through open sources, such as scholarly papers presented and published by Iranian academics at international conferences and in foreign or domestic scientific journals. Hence, the IAEA does not seem to have bothered to wonder why Iranian academics are authorized to publish the results of their allegedly sensitive nuclear weapons-related research projects in international academic journals or in other open sources.

The highly uncertain and speculative nature of intelligence and evidence provided to the IAEA by certain states explains why the IAEA secretariat has been unable to come up with any new finding and draw any decisive conclusion form its pool of so-called ‘credible’ and ‘independent’ sources and data. It should thus come as no surprise that the IAEA report on possible military dimensions to Iran’s nuclear program is replete with qualifying phrases such as “may have been”, “may be”, “appears to”, “allegedly” “possibly” and their likes.

In light of these facts, what needs to be closely examined is the motivation of the new director general of the IAEA in publicizing such a highly disputable account and information and the short-term and long-term ramifications of his action on the credibility of his respective organization and regional and international peace and stability. What is clear at this point is that the latest IAEA report on Iran will not make any meaningful contribution to the resolution of Iran’s nuclear issue and would only feed into the US-led political campaign against Iran and thus add more tensions to an already volatile strategic region of the world. By publicizing a questionable and speculative analysis of Iran’s nuclear activities, the IAEA director general has also relegated the public status of his respective organization from a largely impartial technical organization to a politicized body serving the interests of and playing into the hands of the world’s great powers.