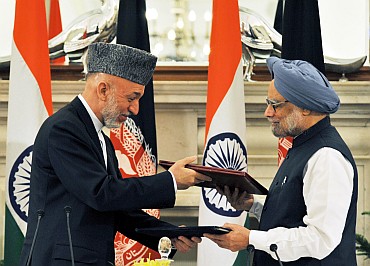 Over the past few weeks, India has engaged in a whirlwind of diplomatic activity.  It all began with the Afghan-India security and development pact, as well as the declaration of Pakistan granting India most favored nation trade status.  This from the outset foreshadowed a peaceful trajectory for India and its neighbors. What followed was a continuation of landmark deals adding to the hype being generated.  India continues working towards completing the East Asian Trade Agreement with all participating ASEAN member states (this does not include China, Pakistan or Japan).  In continuation with the inroads made into the SE Asian region, India recently signed a bi-lateral extradition agreement, as well as oil and natural gas exploration agreement with Vietnam.  Then turning back again to central Asia, India signed an agreement with Iran creating a railway service that will connect Iran, Afghanistan and India delivering oil and natural gas, as well as steel needed for a continuation of development efforts that India continues to be at the forefront of in Afghanistan.  Finally, leading up to the G20 summit in Cannes and the ASEAN summit in Bali, India participated in the Afghan donor conference, where they solidified their presence in the region as a major player, as well as utilized Turkey’s outreach to both India and Pakistan as an ‘interlocutor’ of sorts between the two stalwart enemies.

With all of these agreements coming in such close proximity, not to mention the breadth of regions involved, it is amazing the impact and level of engagement that India has initiated in such a short period of time.  However, what all the dealings ultimately signify is that finally India has positioned itself as the chief rival to China’s ascendancy, and is now in a position to thwart any threat and intimidation on the other nations in the region, especially those in the continuously disputed South China Sea.  Additionally, the recent reporting of a slowdown in the Chinese economy, as well as a declining housing market, India appears to be positioning itself as an ally with nations who share an unfavorable view towards China.

India continues to display a willingness to combine economics, security and development issues on an equal basis within its foreign policy strategy in both its regional (Iran, AfPak and ASEAN States), as well as outside the region (United States nuclear agreement).  With the inclusion of all three elements as a fundamental approach its foreign policy, India has found a way to not only capitalize on their continued rising economic status, but include elements that are targeted towards stemming any difficulties that China may or may not seek to impose given the regional proximity with which many of these agreements are made.  Where most states tend to separate security, economic and aid packages in order to disguise or hinder any complications with other states, India’s willingness to do so highlights the assertiveness of their recent policy maneuvers, and desire to become a first tier player alongside China.

Additionally, the United States and Japan’s recent decision to include India in trilateral security discussions, underscores the strategic importance that both the United States and Japan have towards India.  Moreover, this broadening relationship allows Japan to utilize another nuclear umbrella, only this time from the region.  China opened the door for Indian inclusion in security talks with the US and Japan when a Chinese navy vessel engaged and Indian naval ship traveling through the South China Sea following a stopover in Vietnam. Indian perception of the Japanese has always maintained a favorable view given the breadth and generosity the Japanese have shown in development assistance in India over the last three decades.  Finally, the Japanese are beginning to see a possible return on their long-term investment at a time when threats of a rising China is in clear view across the Sea of Japan, as well as threats that continue to emanate from North Korea. In the long run, India opens the possibility of greater technological transfer from Japan with regards to education, research and development in the technology sector and growing infrastructure concerns due to the widespread urban sprawl that India must face if they truly wish to become a first world country over the next century.

The most compelling aspect of the agreements that India has successfully negotiated are without a doubt in the areas of security.  India continues establishing partnerships with nation states who consider each other from an adversarial point of view; such as Iran, the United States and Russia.  For example, India has an agreement with both the Russian government and the US Government for the acquisition of fighter jets.  The recent agreement with Russia was viewed by some foreign policy analysts as a coup of sorts for the Russians, who just beat out Boeing as the leading supplier of next generation fighter jets for the Indian Air Force.  Then there are the agreements with Iran regarding a railway between India, Afghanistan, and Iran for the purpose of oil supply and development goods and services, specifically iron used for reconstruction and development, despite growing nuclear crisis involving Iran, and the possibility of a military strike by Israel and/or the United States on the despotic regime.  India has made it a point to make friends with all of these nations despite the deeply contentious issues and divisive rhetoric emanating from all three states towards one another.  This is clearly giant policy gamble for India to hitch its long-term goals to nation states that clearly do not like each other.  However, if successful the payoff in the end could result in India becoming a serious regional and global player, and not just another ‘emerging market.’

Regardless of the possible conflict of interest between newly developed bilateral agreements with the United States (security, economic and civilian nuclear power), Russia (fighter jets and oil) or Iran (railway system, iron ore and oil), it will be the agreements that India creates with the ASEAN states, specifically regarding trade, oil exploration and maritime rights in the South China Sea.  India’s desire to establish a foothold within the South China Sea regional states, specifically Vietnam, Malaysia, the Philippines and Indonesia, clearly is aimed at combating Chinese dominance in the region, as well as strengthening its strategic partnerships from the Indian Ocean to the Pacific Coast of the United States.

Combined with India’s own home population, Indian goods and services will have an ability to reach nearly half of the global population.  In doing so, India can take advantage of not only greater access to highly populated and developing markets, but establish itself as a safety net for states to rely upon as an erstwhile ally against Chinese aggression over maritime rights in the region which are reaching a fevered pitch.  India appears to understand ways in which it can utilize regional bodies such as ASEAN for the benefit of facilitating both bilateral agreements as well as mediation between states.  It was via ASEAN that Track II dialogue and workshop meeting leading to a tentative settlement regarding the Parcel and Spratly Islands that a tentative agreement was established regarding the maritime rights within the region.  Obviously, China has in the past couple of years determined to be unnecessary as it continues to claim the whole South China Sea region as its own sovereign territory.

The downside of all this however, is the possible creation of a new “cold war” of sorts between China and India, only much more dangerous.  Given the fact that India and China share a border housing tens of thousands of troops, and where mistrust currently runs at an increasingly high level is just the tip of the proverbial iceberg.   The two rising powers continue to dispute over water rights and access in the Siachen Glacier region of Kashmir, the damming of the Jhelum river in Pakistan, and the possibility of China establishing a naval base on the coast of Pakistan where China can maneuver its newly minted aircraft carriers and possible nuclear submarines.  Each one of these issues have the potential to escalate tensions between the two rising powers beyond the control of any other state.  The fact that the two are vying for a solid foothold as a leading nation in the region, as well as globally, puts the two on a collision course that many would not have expected just a decade ago.

Of course, much of India’s maneuvers and potential of future growth and/or conflict remains speculative at best.  India remains a country that internally has a bigger fight on its hands tackling widespread poverty, overpopulation, urban population growth and tensions between various ethnic and religious groups that have continued since the establishment of the Indian state in 1947.  India’s attempt to move at such a rapid pace on the international scene given the internal issues that must be addressed in order to become a legitimate global player does come as a surprise.  However, with China on its doorstep attempting to do the same, policy makers in New Delhi must feel compelled to keep pace or succumb to China’s growing regional dominance.  As with China, it will take time to see if this desire to be a regional/global power will also result in achieving greater responsibility and maturity towards its citizenry.  If not, all the moves that are being made today will be in vain, and a region that continues to desire to finally break through to greatness it once held centuries ago will slip through the cracks. 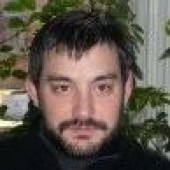