Territory of Lies: The Israeli-Occupied Hearing on Alleged Iranian Terror 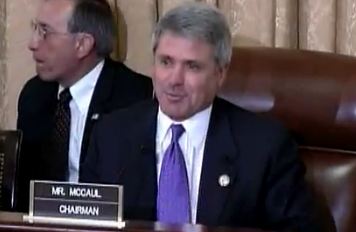 In the wake of the much-heralded FBI sting that supposedly foiled a dastardly plot by Iran’s Revolutionary Guard elite Qods Force – involving a bumbling, failed used-car salesman’s botched attempt to hire a reportedly Mossad-trained Mexican drug cartel – to blow up the Saudi ambassador in a crowded but fictitious Washington D.C. restaurant, a duly alarmed U.S. House of Representatives Committee on Homeland Security convened an urgent hearing on “Iranian Terror Operations on American Soil.” As evidence of Tehran’s supposed threat to the Homeland, the Committee heard testimony from “expert witnesses” who could best be described as propagandists for Israel. Commenting on the partisan line-up, an expert on U.S.-Israeli relations remarked, “If it wasn’t so serious, it would be satire.” 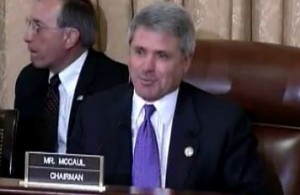 Among the five witnesses, two were from “conservative” think tanks closely aligned with the Israel lobby, while a third represented a supposedly more “progressive” pro-Israeli position. The first think-tanker to speak was Reuel Marc Gerecht, who cited his authority on the subject to explain away the Hollywood B-movie nature of the ludicrous murder-for-hire plot. “I might make a slight digression and just say all intelligence services aren’t as good as you think they are. And the Iranians are no exception. They make a lot of mistakes,” claimed the former Middle East specialist in the CIA’s Directorate of Operations. “So do not, for a moment, buy the argument from those who said it cannot be because this is too sloppy. This is the nature of the game. This is how it is done.” Gerecht, currently a senior fellow at the Foundation for Defense of Democracies, went on to advocate an escalation of “the war and terror” [sic] against a supposedly emboldened Iran. “If they think they can get away with it, they will push forward, and they did get away with it,” he asserted. “Now, the only way that I would argue that you are going to stop that type of mentality and attitude is that you have to convince them that you will escalate. You don’t want to run away from that word, you want to run towards it.” In a July 19 report on the funding of the Foundation for Defense of Democracies, Eli Clifton observed that “its hawkish stance against Iran … is consistent with its donors’ interests in ‘pro-Israel’ advocacy.”

Next up was Dr. Matthew Levitt. “It is too early to tell what the consequences of Iran’s assassination plot may be,” he told the hearing, “but there should be no doubt the plot lays bare the myth that sufficient carrots – from offers of dialogue to requests for an emergency hotline to reduce naval tensions in the Gulf – can induce the regime in Tehran to abandon its support for terrorism, part with its nuclear weapons program, or respect human rights.” Instead, Dr. Levitt recommended applying the sticks of diplomatic pressure, pressing regional bodies to expel Iranian diplomats, building an international consensus against Tehran, military pressure, customs controls, financial pressure, and coordination with European and other allies “to allay their fears over the possible unintended consequences” of the latter. Levitt is the director of the Stein Program on Counterterrorism & Intelligence at the Washington Institute for Near East Policy, a think tank created by AIPAC, the American Israel Public Affairs Committee, to “do AIPAC’s work but appear independent.”

In his testimony, Dr. Lawrence J. Korb counselled against military action, recommending instead that “[t]he Obama administration should use the Iranian plot to convince our allies to recommit themselves to enforcing the current sanctions on Iran.” Concluding by saying that “Iranian aggression toward the United States cannot be tolerated,” the Center for American Progress senior fellow advised the hearing that “it is important that the U.S. response to the Iranian plot furthers our long-term goals: deterring Iranian aggression and protecting U.S. national security.” Dr. Korb’s stated concern for American national security, however, has to be weighed against the two decades the former assistant secretary of defense in the Reagan administration has devoted to working for the release of Jonathan Pollard, the Israeli agent who “did more damage to the United States than any spy in history.”

Sandwiching the testimony by the three think tank fellows were two former U.S. military officers known to be supportive of the hawkish Israeli line on the Middle East. Hyping Iran as “our number one strategic enemy in the world,” retired U.S. Army Gen. Jack Keane suggested “we put our hand around their throat right now.” In 2007, Keane co-authored with Frederick Kagan the American Enterprise Institute-sponsored policy paper entitled “Choosing Victory: A Plan for Success in Iraq” which proposed the so-called “surge” beloved of America’s Israel partisans. Retired Marine Corps Col. Timothy J. Geraghty, who has been echoing all the standard Israeli propaganda against Tehran ever since the 1983 attack on the 24th Marine Amphibious Unit in Beirut under his allegedly negligent command, didn’t hesitate to blame Iranian-backed Hezbollah for the 1994 bombing of the AMIA Jewish centre in Buenos Aires. The U.S. ambassador to Argentina at the time, however, has said, “To my knowledge, there was never any real evidence [of Iranian responsibility]. They never came up with anything.”

During the hearing, the Chairman of the House Committee on Homeland Security, Peter King, called for all Iranian diplomats at the UN to be “kicked out” of the United States for spying. That evening, his provocative statement was given traction through a live interview with CNN’s Wolf Blitzer, who apparently just wanted to know “what’s goin’ on here?” The sincerity of Blitzer’s seemingly ingenuous concern about Iranian espionage on American soil is undermined somewhat by the fact that he was once editor of Near East Report, AIPAC’s bi-weekly newsletter, before serving 17 years with the Jerusalem Post, during which time he authored a sympathetic book on Jonathan Pollard. The title of that “slick piece of damage control” – Territory of Lies – would be a fitting description for the Israeli-occupied hearing on alleged Iranian terror.