Spring in the Arabian Desert 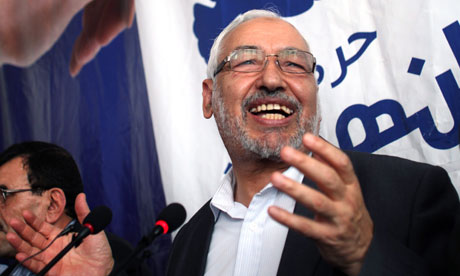 Since the outbreak of peaceful protests against President Zine El Abidine Ben Ali in Tunisia in December last year, popular rebellions against authoritarian rule have swept the Arab world. Extraordinary acts of courage and non-violent defiance in Algeria, Egypt, Yemen, Bahrain, Saudi Arabia, Jordan and elsewhere have been witnessed. Citizens have taken great risks, made sacrifices, set shining examples of character and selflessness.

This sudden and refreshing turn of events raised hopes of an end to a long, dark winter. It seemed that autocratic rulers no longer would be able to suppress life, which burst out with vigor like young plants do as winter weakens. A fledgling Arab Spring was born. 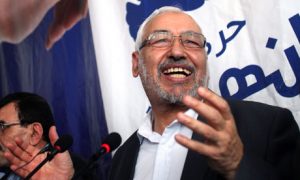 With the recent elections for a 217-member Constituent Assembly, the spring has taken another step toward blossoming in the Tunisian desert. For the first time since independence in 1956, Tunisia has had free elections. The country has led the way for the rest of the Arab world just as it did with the arrival of spring ten months ago. The campaign was generally peaceful. It was vibrant, with more than 90 political parties and independent groups taking part. Now the job of forming a transitional government and drawing up a new constitution lies ahead.

So Tunisia has taken a hesitant step toward building a society for common good. Aristotle called it the spring of all human actions in his classic, A Treatise on Government. Tunisians have recognized that they must rise up and turn the country into a community of wellbeing. And they have done something about. For the chances of achieving common wellbeing become more and more remote as the number of individuals holding power in a country diminishes. In this respect, there is little difference between the recent past and the old pages of history.

Through elections, Tunisians have articulated a desire to see their nation as one where a citizen, once a rebel, can become a legislator and one day can return to being a magistrate, a teacher, a priest, a farmer, or a trader, and continue to play a useful role in society.

Given the freedom to express their preference, a people’s choice reflects their history, their cultural heritage, experience and lessons learned. The moderate Islamist Renaissance (Innahda) party––once outlawed under Ben Ali’s dictatorship and its leader Rachid Ghannouchi living in exile in Britain––has won  90  seats in the Constituent Assembly, by far the largest, but not enough for an outright majority. Congress for the Republic, a secular party, came a distant second with 30 seats.

Ghannouchi looks determined to govern with secular forces while a new constitution is drawn up and elections held in a year. He began negotiations with other parties as results came out. His Renaissance party said it would not impose Islamic banking laws; would not prevent tourists wearing bikinis on the beaches; and preserve the social gains made by women. His message to Tunisians: “Tunisia is for everybody.”

These are hopeful signs in a state that has seen years of dictatorship and repression. How the emerging political order conducts itself will affect Egypt, the most important country in the Arab world to follow Tunisia with its own democratic awakening. Since the overthrow of President Hosni Mubarak, however, things have not gone well in Egypt. The military old guard is still firmly in control. Frustrations are rising. The officer class seems reluctant to give up its political power.

Violence against Coptic Christians in early October, killing more than 20 of them, has frightened minorities in Egypt. In a most distressing incident, 17 demonstrators taking part in a peaceful protest against attacks on their churches in Upper Egypt were run over by a military vehicle. The role of Egypt’s police and armed forces has come under critical scrutiny. Human rights organizations have demanded an independent judicial inquiry into the violence instead of the military or government prosecutor.

The influence of radical Islamists in the military and police forces is worrying. The prospect of Egypt’s Islamic Brotherhood coming to power in a future election makes the Obama administration nervous. However, it would be mistaken to equate the more extremist and criminal elements in Egyptian society with the Brotherhood, which has been keen to emphasize a moderate image of Islam in recent years.

For the United States and its allies to react against the Muslim Brotherhood would run the risk of further inflaming the anti-West feeling in the Arab world. Any such move would convince weary Egyptians that America is intervening in their country again. And to do anything in Tunisia that appears to thwart Renaissance’s victory would be a disaster. A year prior to a new constitution and elections is a long time.

To rejoice over the political process so far in Tunisia is fine. But in the light of Libya, Syria, Yemen and Bahrain, the Arab Spring is very fragile indeed.