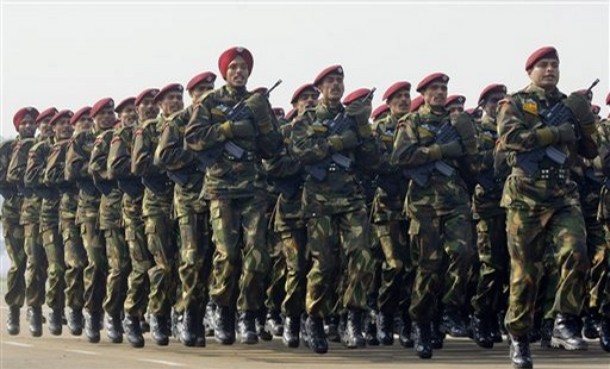 Draconian, colonial era laws like AFSPA, used to terrorize the Kashmiris, belong in a police state, not in the world's largest democracy

An unjust law is no law, warned Martin Luther King. The Kashmiris have been living with such laws for decades.  At least one in every five Kashmiris has at some point or another in his/her life suffered violence, humiliation, torture, and old-fashioned abuse at the hands of security forces without any recourse to justice or a distant promise of retribution. 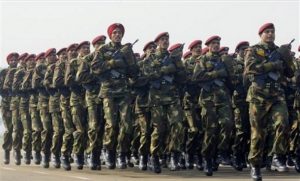 The Armed Forces (Special Powers) Act has been a license to abuse, torture, and kill the Kashmiris in their own land. A law that confers “special powers” on men in uniform to do as they please and get away with it; a law that the UN says violates “contemporary international human rights standards” and a law that cannot be challenged in any court of law, no matter how grave the crime.

Following the division of the subcontinent in 1947, when India and Pakistan actively courted the princely state of Jammu and Kashmir, it was promised a “special status” and special treatment by New Delhi.   Article 370 of the Indian Constitution was supposed to protect that “special status” of Kashmir.  We made a lot of other promises as well that are too familiar to revisit here.

And we have ensured and protected that “special status” of Kashmir by gifting them the AFSPA that offers sweeping powers to the security forces while ensuring their total immunity. This special law has turned the Vale of Kashmir that the Mughals believed was paradise on earth into a beautiful hell.

Is it any wonder then the Kashmiris today find themselves hopelessly alienated and persecuted even as our politicians never tire of pronouncing the state an “integral and inseparable” part of India?

How did we end up here? Who lost the paradise? The answer is out there, and everyone knows it. In our desperation and determination to keep Kashmir with us and away from our neighbor, we have ended up losing the Kashmiri people.

Of course, the role played by Pakistani agencies, not to mention groups such as the one led by Hafiz Saeed, who have made a business enterprise of jihad, in adding to the woes of Kashmiris isn’t in anyway insignificant.

But if an entire generation of Kashmiris has grown up loathing all things Indian, it is because of the excessive presence of the security forces in the Valley and their heavy-handed approach to the local population.  And if there is one thing that epitomizes all that has gone wrong with India’s Kashmir affair, it is the AFSPA. This black law has created a dangerous, ever deepening disconnect and gulf between the Kashmiris and the rest of India.  A draconian law that belongs in a police state, not in the world’s largest democracy.

Thanks to these ‘special powers’, just about anybody could be picked up from anywhere, anytime, kicked, abused, raped, killed in broad daylight, or simply disappeared; and no one, including the state government, can do anything about it.

Security forces are a law unto themselves.  And you see their power in full display all across the state including in capital Srinagar. There are more soldiers than tourists or even locals constantly reminding the Kashmiris of the original sin of being born in this land of incredible beauty.  Peaceful protests last year saw scores of young people, some of them as young as nine, felled by the bullets of the forces that are supposed to protect them.

In the course of fighting terrorists and cross-border infiltrators, we have turned this beautiful land into a permanent war zone and its proud people a hostage in this never-ending conflict with the neighbor.  This war has claimed more than a hundred thousand Kashmiris over the past two decades, not to mention the tens of thousands who have gone ‘missing.’

If the 2,730 unmarked mass graves recently discovered across the state had been found elsewhere, they could have shaken the world, as they did in Srebrenica, Iraq, and Rwanda. But they were met with stony silence in the ever shrill Indian media and its self-righteous Western counterparts.

Human rights groups, including the State Human Rights Commission that finally acted on the complaints of thousands of families of “disappeared persons” unearthing graves with hundreds of bullet riddled bodies, fear this may be a tip of the iceberg.  The dead in Kashmir have finally begun to speak up, as Arundhati Roy so evocatively puts it.

But justice may still elude the victims as long as the AFSPA reigns in Jammu and Kashmir.  And India’s powerful security and defense establishment, including the Army, are determined to retain it.  And why wouldn’t they? It’s this law that allows the security forces to rule and treat Kashmir as their fiefdom without anyone, including the elected government, questioning their authority and excesses.

And the rest of the establishment led by the self-important media pundits and that other self-styled guardian of national interest, the BJP-RSS-VHP combine, who view the holy cow of the Army with utmost reverence and devotion, want this to remain so.  They are indeed demanding Chief Minister Omar Abdullah’s head for daring to propose the withdrawal of the AFSPA from some parts of the Valley.  They want Kashmir to be treated forever as a colony, and its people as their subjects.

It doesn’t matter if the Federal Interior Ministry contends that the situation in the “disturbed state” has considerably improved and doesn’t warrant the continuing use of these dreaded laws.

Even The Hindu’s self-anointed terrorism expert Praveen Swami, known for his love of all things Muslim, in his Page 1 lead story titled “Figures back case for Army rollback in Kashmir,” (October 27) agrees with this view.

Quoting federal government statistics that conclusively establish that the “disturbed and insurgency-hit” Kashmir is more peaceful than many Indian states, the report admits there is a clear case for the withdrawal of the AFSPA and rollback of army presence in the region Bill Clinton described as the “most dangerous place on the earth.”

New evidence suggests that the situation in the State no longer justifies large-scale troop commitments for counter-terrorism operations, reports the newspaper.   Yet the hawks in the security establishment insist that the “continuing threat” from across the Line of Control justifies the AFSPA and heavy military presence—densest in the world—in Kashmir.  Ignoring the historic promises India made to the Kashmiris, they are hell-bent on perpetuating the nightmare that is the Kashmiri existence.

Despite being a fine and vibrant democracy with robust democratic institutions and judiciary that we can justifiably be proud of, we are yet to realize that no people can be governed at gunpoint. Not in this age and time.  Not with black laws like the AFSPA and not by constantly waving half a million guns that have contributed to the alienation of Kashmiri society and radicalization of its youth.  If India is to win Kashmiri hearts and minds, it could do so only with love, compassion, respect and justice.