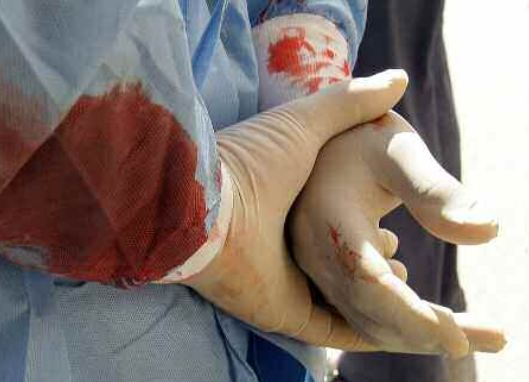 NIAMEY, Niger — This observer counts himself among Amnesty International’s more than 3 million supporters and members in more than 150 countries and territories who also strongly endorse AI’s campaigns to end grave abuses of human rights. I share AI’s vision for every person to enjoy all the rights enshrined in the Universal Declaration of Human Rights and other international human rights standards.

In Beirut, I attend their events and was honored to play a small part in assisting with last spring’s AI research on the subject of disappeared Palestinians and Lebanese which resulted in AI’s excellent April, 2011 publication, Never Forgotten: Lebanon’s Missing People. This report documents one of the bitter legacies of the 1975-1990 civil war, which is the thousands of people whose fates remain unknown.

I have crossed paths with AI researchers in the Middle East and recently during three months in Libya I followed their work, which included the human rights problems of black Libyans, particularly from the Tawagha region, but also in eastern and western Libya, where blacks were often taken from hospitals never to be seen again.

AI rightly condemned the number of massacres and extra-judicial killings perpetrated by both pro-Gadhafi and NTC partisans, many of which, like the 53 recently executed Gadhafi supporters found at the Mahari Hotel in Sirte, involved the kidnapping and murder of patients in hospitals. These grisly scenes have shocked the world’s conscience and all people of goodwill condemn them. They weaken substantially the moral authority of the group currently claiming power in Libya.

Despite its generally exemplary work, Amnesty International, like the rest of us, in not infallible.

This is evident in its 39-page report released on October 25, Health Crisis: Syrian Government Targets the Wounded and Health Workers.

AI’s conclusion from its “research” in Syria, which consisted significantly of collecting Al Jazeera and Al Arabia type media accounts, including the dubious reports on the same subject by CNN’s Arwa Damon, and sundry anonymous YouTube clips, is virtually identical to what it concluded from its investigation in Libya on the same subject.

However, there is a great distinction between Syria and Libya, their medical professions, and their current challenges.

AI claims this week, without convincing material, probative or relevant evidence, that Syrian authorities, including Hospital administrators and staff, have since March 2011 turned Syrian hospitals into instruments of repression in order to crush protests and demonstrations.

AI’s report claims that Syrian citizens wounded in protests or incidents related to the current unrest “have been physically assaulted in state-run hospitals by medical staff, and in some cases denied medical care, while others taken to hospital have been detained or have simply disappeared.”

AI offers as its proof of these claims the weakest and seemingly most competition-driven support of any Amnesty International reports I have read. It reeks of yet another orientalist double standard and ignores similar claims from citizens in western countries of similar actions by their governments.

This observer recently had the opportunity to visit with administrators and medical staff at some of Syria’s largest state-run Ministry of Health hospitals (Syria also has Higher Education Hospitals for university students and Ministry of Defense Hospitals, the latter being roughly equivalent to American Veterans Hospitals for the military,) which is Damascus General Hospital, established in 1952. Damascus Hospital sees approximately 800 patients daily and is one of 90 hospitals belonging to the Ministry of Hearth that together serve all of Syria with 14, 571 beds. Medical care in Syria is virtually free.

Among those I had the opportunity to meet with at Damascus Public Hospital and to discuss issues raised by Amnesty International were Dr. Mahmoud Naji, who is the Director of the Emergency Department and Intensive Care Unit at Damascus Hospital, and Dr. Adib Mahmoud, Damascus Hospital administrator.

Both the Syria Medical Emergency Association, of which Dr.Naji is a representative, and the Syrian Medical Association, have large memberships with the reputation of being fiercely independent of and resistant to outside influences.

At the same time, they have achieved individual treatment and medical ethics standards that help make Syria’s medical services the highest rated in the Middle East.

Amnesty qualifies its findings with complaints that it did not have access to Syrian hospital staff, and that it wanted to protect its “witnesses” by withholding some specifics such as time, place, and circumstances of alleged wrongdoing by members the Syrian medical community, as well as the unwillingness of alleged victims of abuse to come forward.

For their part, Syrian medical staff, more than two dozen I met individually with, complained to this observer that AI’s report is deeply flawed and that, in fact, Syrian hospitals welcome foreign visitors for tours and dialogue with all questions honestly addressed.  Syria’s medical profession has justifiably taken umbrage at what it considers, as one Physician described, “Amnesty International’s ‘gratuitous defamation of Syria’s medical community.’”

According to Amnesty’s report, but without providing convincing collaborative evidence, wounded patients in at least four government-run hospitals had been subjected to torture and other ill-treatment, both by medical workers and security personnel.

AI’s charges that Syrian medical staff humiliate or refuse to treat patients brought laughter from some care givers at Damascus Hospital, as they explained the strict procedure they abide by from the moment a patient arrives at the emergency entrance.

“We treat each patient to the best of our ability and we are strictly forbidden from questioning them about the circumstances of their injury,” Dr. Mahmoud Naji explained.

This observer was invited to literally follow arriving emergency room patients as they were admitted and treated and until they were assigned a bed in the appropriate ward.

A nurse who was filling out a patient’s medical forms noted, “In certain cases if there was an auto accident, for example, and an injured person arrives while the accident is being investigated, then we could contact authorities.”

“However, our patient privacy rules are very strict in Syria and we can only ask medical and certainly not political questions,” according to one ER intern as she took the blood pressure of an arriving young woman who complained of stomach cramps.

One Physician who had trained at Massachusetts General Hospital in Boston explained, “I am sure there must be some abuse, and especially in the middle of an area where there is fighting, but I have personally never heard of any physician or medical personnel doing what some Western media have alleged without submitting proof.”  He continued, “Do police officers sometimes come to the hospital? Yes but it’s like what you would see, for example, in America on a week-end night at the emergency room in maybe the 200 largest cities, isn’t it?”

“When I was training in Boston and with all that goes on in the early hours of the morning in big cities, one sees more police cars outside emergency rooms than ambulances. While it’s not like that here, the police presumably sometimes have reason to suspect that a crime may have been committed and the arriving injured person might be the victim or the perpetrator and an officer has the duty to complete a police report. I believe it’s similar anywhere isn’t it?”

Another doctor commented, “And yes, our medical profession has been criticized along with our government because it is claimed by some that some injured people may not want to come to our hospital thinking we might report them to the police. We will not. Does that not also happen in every society?”

“Someone is injured while doing something wrong or criminal and they are afraid of being arrested so they seek alternative treatment from friends or private clinics. Yes, that sometimes happens in our country. Every citizen can choose where they seek treatment.”

This observer also toured Syria’s Al Mouwasat government hospital, which, like all government hospitals in Syria, is free to all, and met at length with a variety of staff just as AI could have done and still can do. It is Syria’s oldest and largest and has received dozens of patients over the past six months who had been injured during anti-government demonstrations.

Al Mouwasat, with approximately 850 beds, was founded in 1946, the year the French occupiers left.  1946 was also the year US President Harry Truman promised to “take on that mean trust-the American Medical Association” and enact free health care for all Americans. Nearly 66 years later, the gap between Syria and the US in terms of civilized and affordable medical care for its citizens is vast.

I participated in briefings from several physicians and staff including the Hospital administrator, physicians and nurses. We discussed at length any subject I raised including AI accusations.

All can be contacted directly, by AI or others, via the hospital email address (which is [email protected]), and arrangements can be made for visitors to come and see for themselves.

One doctor who appeared a bit offended by AI type accusations even offered to request from among scores of current or former patients their permission to provide AI with their phone numbers so they could discuss privately AI’s sweeping and unsupported allegations against the Syrian Medical community, including the charge that they work in cooperation with various militias but also with government security services.

Dr. Alusha explained: “A few casualties from May are still hospitalized and others even come from ‘field hospitals’ set up by opponents of the government. We do not ask them anything about where they received earlier treatment or their political views. We have not seen any of the claimed patient betrayal events described in some western media reports.”

Al Mouwasat has four ER operating theatres and routinely does about 50 operations per day. As with other hospitals visited, May 2011 was the most active month recently for Syria’s ER departments, which are always open 24/7 with no cost to any patient, domestic or foreign.

Al Mouwasat hospital, like Damascus General Hospital and others, has received patients from Deraa, Homs, Hama, Idlib, and other communities, according to Dr. Shahin, who explained: “Any human being will be treated here without charge and without politics or the police being summoned, and for as long as necessary until the patient regains good health. Jewish patients are also welcomed and while our government does not recognize the legitimacy of Israel, Israeli citizens will receive the same care as everyone else.  Just yesterday we received Lebanese from the Bekaa Valley with gunshot wounds. They come here because our care is of high quality and it’s free, even for foreigners and without political complications. We specialize also in Total Parenteral Nutrition (TPN), which attracts patients from across Syria and abroad. I think I speak for almost every Syrian medical person what I insist that we are doctors and care givers with a variety of political views, which we leave at home. We comply with our Hippocratic Oath which we take seriously.”

According to Syria’s Ministry of Health, it has not received any complaint to date, either from the patients or from their relatives about maltreatment or political pressure.

In its report, Health Crisis: The Syrian Government Targets the Wounded and Health Workers, Amnesty International falls significantly below an objective standard and fails to shoulder its burden of proof for the charges it levels at Syria’s medical community.

The fact that AI appears to have been somewhat lazy in its work and continues hyping its deeply flawed “investigation” is egregious.

AI also failed to meet the standard of investigative work that we who will continue to support and endorse its human rights work expect from it.