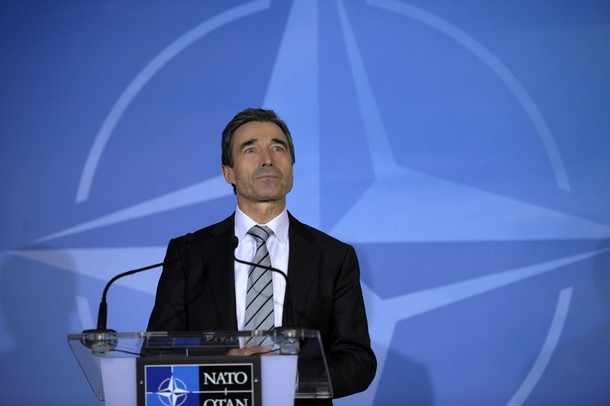 TRIPOLI — The people I had most hoped to be able to find on returning to Libya were eight students from Fatah University (now renamed Tripoli University) who became my friends during three months in Libya this summer.  They had all been strongly opposed to what NATO was doing to their country (NATO bombs destroyed some classrooms at the University during final exams in late May) and I was very keen to sit with them again if possible since the August 23rd fall of Tripoli when most of them scattered, given the uncertainties of what would happen, and we lost contact.

Thanks to Ahmad, who was waiting for me, we re-united quickly. Some excerpts and impressions from yesterday’s all night gathering with Ahmad, Amal, Hind, Suha, Mohammad and Rana:

“I know Sanad al-Ureibi”, Ahmad said disgustedly about the 22 year old who is claiming he fired two bullets at close range into Muammar Gadhafi on October 22nd.

Amal, Ahmad’s fiancée interrupted him: “We are very angry but not really surprised by what Sanad did.  He’s a stupid guy and I am sure someone whispered in his ear that he would become famous and rich if he did NATO’s dirty job by killing Colonel Gadhafi.  NATO did more than 1,000 bombing attacks ‘to protect Libyan civilians’ but killed thousands of us instead.  For sure NATO and their puppets want  as many of our leader’s dead as possible in order to avoid years of a court trial that would expose NATO’s many crimes and those of certain western leaders.”

Ahmad: “Sanad told my cousin the day after he assassinated Colonel Gadhafi that he is promised protection and that the TNC will not arrest him despite their, for western ears only,  announcement of a planned ‘investigation’ of how Muammar and Mutassim died. Everyone in Libya knows that the investigation of the assassination of the rebel military commander Abdel Fattah Younes last July has gone nowhere because the Islamist faction who committed the Younes murder is close to Jalil.”

Ahmad continued, “Like some of his friends, Sanad did fight for a while with the rebels, and he sometimes changed units because it was fun, and now he plans to form a gang to protect rich Libyans and foreigners as they continue to arrive here to help, as they claim, to rebuild our destroyed country and make democracy. Now we all so exhausted from all the needless killing I am not sure what kind of democracy we will have or even want.  American democracy?  It’s very great? Sometimes it seems you have more problems than we do.  At least we have free education, free medical care, and homes and are not living on the streets without jobs.”

Mohammad joined in:  “One Israeli-American Company has offered Sanad and other young men who refuse to give up their guns a job recruiting former fighters for proper training as Libyan police. There are some Blackwater (XE) people here are also trying to do business with NATO agents for private police forces around Libya. Anyone who thinks NATO is going to leave us in peace is mistaken.  More of them arrive every day.”

Hind, who has not wavered since last summer in her opposition to what she calls “NATO’s team” also voiced strong offense and condemnation of certain pro-rebel Sheiks who have declared that Gadhafi was not a Muslim. “Everyone knows he was a devout Muslim. His last Will stated, ‘I do swear that there is no other God but Allah and that Mohammad is God’s Prophet, peace be upon him. I pledge that I will die as Muslim.’”

Hind added, “Please tell me, who are these TNC Sheiks to say who is and who is not a Muslim? In Islam it’s between each of us and Allah and nobody else’s business.  If these Sheiks were better Muslims they would have opposed what has been done to his body and that of his son and friend in Sirte and Misrata. It is haram. I am very angry and disgusted.”

Suha complained about “the views of NTC leader Mustafa Abdul-Jalil toward women and that with the already announced repeal of the marriage law, Libyan women have lost the right to keep the family home if they divorce. It is a disaster for Libyan women. Under Gadhafi’s leadership, women in Libya had more rights than in any other country in the Middle East.”

Ahmad explained: “I am ashamed of what some Muslims are doing.  Our religion does not allow for this mutilation and the freak show the TNC put on in that refrigerator.  I was in Misrata with friends to pay our respects and was surprised how many others were doing the same as our group and for the same reasons.  When the bodies were first exhibited, curious people came and some said bad insults.  But by the next day, the atmosphere has completely changed. People came to honor Colonel Gadhafi for his courage in dying for what he believed was best for Libya, and that was to keep Libya free from colonialism. I don’t believe the media is accurately reporting this. Our leader died a hero like Omar Muktar, in my opinion, and history will prove this someday.”

Again, his fiancée Amal interrupted Ahmad, “As Colonel Gadhafi revealed in his Will, NATO made him several offers if he would abandon his country to them. Foolish and criminal NATO established our leader forever as a great resister to colonialism and a patriot for Libya, for all of Africa and for the Middle East. I believe that Colonel Gadhafi died a far more honorable death than the leaders of NATO will. He has more dignity in death than Hilary Clinton and her absence of dignity shown by her stupid comments about his death.”

Amal then said, “I became ill when I left him.  His skin was almost black and his body was rotting quickly with fluids leaking on the floor. They must give him immediately to his family and ask Allah to forgive themselves for their haram. One of the guards told me Colonel Gadhafi was sodomized with a rifle by NTC fighters. He showed the video on his mobile but I would not look. ”

Suha spoke: “We also visited the Mahari Hotel in Sirte where we saw more than 50 bodies of Gadhafi supporters.  Some had their hands behind them bound by plastic handcuffs and were executed at close range. Others had been taken from hospital beds and murdered. This crime is just one more example of the lies of the NTC and NATO.  NATO forces commanded and controlled their rebels and knew what they have been doing.  NATO is responsible for destroying much of our country and for what will surely happen in the coming days.”

I first met Ahmad what now seems like a couple of years ago, but in actuality it was only last June. We sat at an outdoor cafe on Green Square (now renamed Martyrs’ Square) and talked about NATO’s obvious plans for Libya.  Since August 23rd and the precipitous collapse of the loyalist resistance in Tripoli, which Ahmad had been organizing some of the neighborhoods to participate in, he has been on the lam as friends got word to him that NTC death squads were on his trail, even staking out the Radisson Hotel lobby where he used to meet with journalists and western friends. Ahmad blames the lack of a real defense of Tripoli that took us all by surprise, as “our incompetence and some high ranking traitors” for the non-implementation of plans to defend Tripoli from NATO’s rebels.

His first words after we hugged were: “Now the real resistance will begin! The Libyan people are now even surer than they were during this summer that the NTC sold our country to the NATO colonial countries. As NATO continues to hunt down Saif al Islam, many around our country are making Saif the new leader of the resistance to colonialism in Libya and in Africa. I personally pledge my support for him and pray that Allah will protect him. Watch what the Gadhafi tribe and my Waffala tribe do together in the coming weeks—but also starting today. Maybe NATO can be said in some ways to have won round one.  But let’s see what happens in the many rounds to come.”