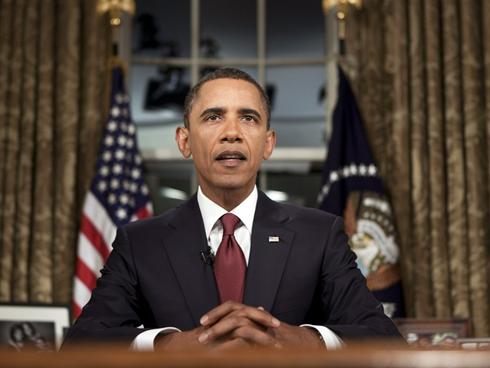 The 10th anniversary of Washington’s invasion, occupation, and seemingly endless war in Afghanistan was observed Oct. 7, but despite President Barack Obama’s pledge to terminate the U.S. “combat mission” by the end of 2014, American military involvement will continue many years longer.

The Afghan war is expanding even further, not only with increasing drone attacks in neighboring Pakistani territory, but because of U.S. threats to take far greater unilateral military action within Pakistan unless the Islamabad government roots out “extremists” and cracks down harder on cross-border fighters.

Washington’s tone was so threatening that Secretary of State Hillary Clinton had to assure the Pakistani press Oct. 21 that the U.S. did not plan a ground offensive against Pakistan. The next day, Afghan President Hamid Karzai shocked Washington by declaring “God forbid, if ever there is a war between Pakistan and America, Afghanistan will side with Pakistan…. If Pakistan is attacked and if the people of Pakistan need Afghanistan’s help, Afghanistan will be there with you.”

At the same time, Washington has just suffered a spectacular setback in Iraq, where the Obama Administration has been applying extraordinary pressure on the Baghdad government for over a year to permit many thousands of U.S. troops to remain indefinitely after all American forces are supposed to withdraw at the end of this year.

President Obama received the Iraqi government’s rejection from Prime Minister Nuri Kamal al-Maliki Oct. 21, and promptly issued a public statement intended to completely conceal the fact that a long-sought U.S. goal has just been obliterated, causing considerable disruption to U.S. plans. Obama made a virtue of necessity by stressing that “Today, I can report that, as promised, the rest of our troops in Iraq will come home by the end of the year.”

This article will first discuss the situation in Afghanistan after 10 years, then take up the Iraq question and what the U.S. may do to compensate for a humiliating and disruptive rebuff.

The United States is well aware it will never win a decisive victory in Afghanistan. At this point, the Obama Administration is anxious to convert the military stalemate into a form of permanent truce, if only the Taliban were willing to accept what amounts to a power sharing deal that would allow Washington to claim the semblance of success after a decade of war.

In addition, President Obama seeks to retain a large post-”withdrawal” military presence throughout the country mainly for these reasons:

• To protect its client regime in Kabul led by Karzai, as well as Washington’s other political and commercial interests in the country, and to maintain a menacing military presence on Iran’s eastern border, especially if U.S. troops cannot now remain in Iraq.

• To retain territory in Central Asia for U.S. and NATO military forces positioned close to what Washington perceives to be its two main (though never publicly identified) enemies — China and Russia — at a time when the American government is increasing its political pressure on both countries. Obama is intent upon transforming NATO from a regional into a global adjunct to Washington’s quest for retaining and extending world hegemony. NATO’s recent victory in Libya is a big advance for U.S. ambitions in Africa, even if the bulk of commercial spoils go to France and England. A permanent NATO presence in Central Asia is a logical next step. In essence, Washington’s geopolitical focus is expanding from the Middle East to Central Asia and Africa in the quest for resources, military expansion and unassailable hegemony, especially from the political and economic challenge of rising nations of the global south, led China.

There has been an element of public deception about withdrawing U.S. “combat troops” from Iraq and Afghanistan dating from the first Obama election campaign in 2007-8. Combat troops belong to combat brigades. In a variant of bait-and-switch trickery, the White House reported that all combat brigades departed Iraq in August 2010. Technically this is true, because those that did not depart were simply renamed “advise and assist brigades.” According to a 2009 Army field manual, such brigades are entirely capable, “if necessary,” of shifting from “security force assistance” back to combat duties.

In Afghanistan, after the theoretical pullout date, it is probable that many  “advise and assist brigades” will remain along with a large complement of elite Joint Special Operations Forces strike teams (SEALs, Green Berets, etc.) and other officially “non-combat” units — from the CIA, drone operators, fighter pilots, government security employees plus “contractor security” personnel, including mercenaries. Thousands of other “non-combat” American soldiers will remain to train the Afghan army.

According to an Oct. 8 Associated Press dispatch, “Senior U.S. officials have spoken of keeping a mix of 10,000 such [special operations-type] forces in Afghanistan, and drawing down to between 20,000 and 30,000 conventional forces to provide logistics and support. But at this point, the figures are as fuzzy as the future strategy.” Estimates of how long the Pentagon will remain in Afghanistan range from 2017 to 2024 to “indefinitely.”

Obama marked the 10th anniversary with a public statement alleging that  “Thanks to the extraordinary service of these [military] Americans, our citizens are safer and our nation is more secure”— the most recent of the continuous praise of war-fighters and the conduct of these wars of  choice from the White House since the 2001 bombing, invasion and occupation.

Just two days earlier a surprising Pew Social Trend poll of post-9/11 veterans was made public casting doubt about such a characterization. Half the vets said the Afghanistan war wasn’t worth fighting in terms of benefits and costs to the U.S. Only 44% thought the Iraq war was worth fighting. One-third opined that both wars were not worth waging. Opposition to the wars has been higher among the U.S. civilian population. But it’s unusual in a non-conscript army for its veterans to emerge with such views about the wars they volunteered to fight.

The U.S. and its NATO allies issued an unusually optimistic assessment of the Afghan war on Oct. 15, but it immediately drew widespread skepticism. According to the New York Times the next day, “Despite a sharp increase in assassinations and a continuing flood of civilian casualties, NATO officials said that they had reversed the momentum of the Taliban insurgency as enemy attacks were falling for the first time in years…. [This verdict] runs counter to dimmer appraisals from some Afghan officials and other international agencies, including the United Nations. With the United States preparing to withdraw 10,000 troops by the end of this year and 23,000 more by next October, it raises questions about whether NATO’s claims of success can be sustained.”

Less than two weeks earlier German Gen. Harald Kujat, who planned his country’s military support mission in Afghanistan, declared that “the mission fulfilled the political aim of showing solidarity with the United States. But if you measure progress against the goal of stabilizing a country and a region, then the mission has failed.”

According to Joint Chiefs of Staff chairman Adm. Mike Mullen, the U.S. presence in Afghanistan is a critically important “long term commitment” and “we’re going to be there longer than 2014.” He made the disclosure to the Senate Armed Services Committee Sept. 22, a week before he retired. In a statement Oct. 3, the Pentagon’s new NATO commander in Afghanistan, Marine Gen. John Allen, declared: “The plan is to win. The plan is to be successful. And so, while some folks might hear that we’re departing in 2014… we’re actually going to be here for a long time.”

Former U.S. Afghan commander Gen. Stanley McChrystal, who was fired last year for his unflattering remarks about Obama Administration officials, said in a speech to the Council on Foreign Relations on Oct. 6 that after a decade of fighting in Afghanistan the U.S. was only “50% of the way” toward attaining its goals. “We didn’t know enough and we still don’t know enough,” he said. “Most of us — me included — had a very superficial understanding of the situation and history, and we had a frighteningly simplistic view of recent history, the last 50 years.”

Washington evidently had no idea that one of the poorest and least developed countries in the world — a society of 30 million people where the literacy rate is 28% and life expectancy is just 44 years — would fiercely fight to retain national sovereignty. The Bush Administration, which launched the Afghan war a few weeks after 9/11, evidently ignored the fact that the people of Afghanistan ousted every occupying army from that of Alexander the Great and Genghis Kahn to the British Empire and the USSR.

The U.S. spends on average in excess of $2 billion a week in Afghanistan, not to mention the combined spending of the NATO-led International Security Assistance Force, but the critical needs of the Afghan people in terms of health, education, welfare and social services after a full decade of military involvement by the world’s richest countries remain essentially untended.

For example, 220,000 Afghan children under five — one in five — die every year due to pneumonia, poor nutrition, diarrhea and other preventable diseases, according to the State of the World’s Children report released by the UN Children’s Fund. UNICEF also reports the maternal mortality rate with about 1,600 deaths per every 100,000 live births. Save the Children says this amounts to over 18,000 women a year. It is also reported by the UN that 70% of school-age girls do not attend school for various reasons — conservative parents, lack of security, or fear for their lives. All told, about 92% of the Afghan population does not have access to proper sanitation.