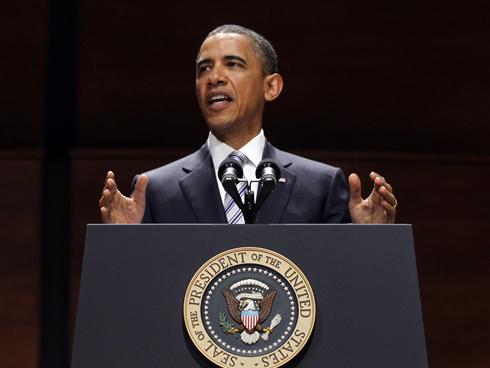 September 30, 2011 was the day America was assassinated.

Some of us have watched this day approach and have warned of its coming, only to be greeted with boos and hisses from “patriots” who have come to regard the US Constitution as a device that coddles criminals and terrorists and gets in the way of the President who needs to act to keep us safe.

In our book, The Tyranny of Good Intentions, Lawrence Stratton and I showed that long before 9/11, US law had ceased to be a shield of the people and had been turned into a weapon in the hands of the government.  The event known as 9/11 was used to raise the executive branch above the law. As long as the President sanctions an illegal act, executive branch employees are no longer accountable to the law that prohibits the illegal act. On the president’s authority, the executive branch can violate US laws against spying on Americans without warrants, indefinite detention, and torture and suffer no consequences.

Many expected President Obama to re-establish the accountability of government to law.  Instead, he went further than Bush/Cheney and asserted the unconstitutional power not only to hold American citizens indefinitely in prison without bringing charges, but also to take their lives without convicting them in a court of law.  Obama asserts that, the US Constitution notwithstanding, he has the authority to assassinate US citizens who he deems to be a “threat” without due process of law.

In other words, any American citizen who is moved into the threat category has no rights and can be executed without trial or evidence.

On September 30, Obama used this asserted new power of the president and had two American citizens, Anwar Awlaki and Samir Khan, murdered.  Khan was a wacky character associated with Inspire Magazine and does not readily come to mind as a serious threat.

Awlaki was a moderate American Muslim cleric who served as an advisor to the US government after 9/11 on ways to counter Muslim extremism.  Awlaki was gradually radicalized by Washington’s use of lies to justify military attacks on Muslim countries. He became a critic of the US government and told Muslims that they did not have to passively accept American aggression and had the right to resist and to fight back. As a result Awlaki was demonized and became a threat.

All we know that Awlaki did was to give sermons critical of Washington’s indiscriminate assaults on Muslim peoples. Washington’s argument is that his sermons might have had an influence on some who are accused of attempting terrorist acts, thus making Awlaki responsible for the attempts.

Having murdered its critic, the Obama Regime is working hard to posthumously promote Awlaki to a leadership position in Al Qaeda. The presstitutes and the worshippers of America’s First Black President have fallen in line and regurgitated the assertions that Awlaki was a high-level dangerous Al Qaeda terrorist. If Al Qaeda sees value in Awlaki as a martyr, the organization will give credence to these claims. However, so far no one has provided any evidence. Keep in mind that all we know about Awlaki is what Washington claims and that the US has been at war for a decade based on false claims.

But what Awlaki did or might have done is beside the point.  The US Constitution requires that even the worst murderer cannot be punished until he is convicted in a court of law. When the American Civil Liberties Union challenged in federal court Obama’s assertion that he had the power to order assassinations of American citizens, the Obama Justice (sic) Department argued that Obama’s decision to have Americans murdered was an executive power beyond the reach of the judiciary.

In a decision that sealed America’s fate, federal district court judge John Bates ignored the Constitution’s requirement that no person shall be deprived of life without due process of law and dismissed the case, saying that it was up to Congress to decide. Obama acted before an appeal could be heard, thus using Judge Bates’ acquiescence to establish the power and advance the transformation of the president into a Caesar that began under George W. Bush.

Attorneys Glenn Greenwald  and Jonathan Turley point out that Awlaki’s assassination terminated the Constitution’s restraint on the power of government. Now the US government not only can seize a US citizen and confine him in prison for the rest of his life without ever presenting evidence and obtaining a conviction, but also can have him shot down in the street or blown up by a drone.

Before some readers write to declare that Awlaki’s murder is no big deal because the US government has always had people murdered, keep in mind that CIA assassinations were of foreign opponents and were not publicly proclaimed events, much less a claim by the president to be above the law. Indeed, such assassinations were denied, not claimed as legitimate actions of the President of the United States.

The Ohio National Guardsmen who shot Kent State students as they protested the US invasion of Cambodia in 1970 made no claim to be carrying out an executive branch decision. Eight of the guardsmen were indicted by a grand jury. The guardsmen entered a self-defense plea. Most Americans were angry at war protestors and blamed the students. The judiciary got the message, and the criminal case was eventually dismissed. The civil case (wrongful death and injury) was settled for $675,000 and a statement of regret by the defendants.

The point isn’t that the government killed people.  The point is that never prior to President Obama has a President asserted the power to murder citizens.

Over the last 20 years, the United States has had its own Mein Kampf transformation.

Terry Eastland’s book, Energy in the Executive: The Case for the Strong Presidency, presented ideas associated with the Federalist Society, an organization of Republican lawyers that works to reduce legislative and judicial restraints on executive power. Under the cover of wartime emergencies (the war on terror), the Bush/Cheney regime employed these arguments to free the president from accountability to law and to liberate Americans from their civil liberties. War and national security provided the opening for the asserted new powers, and a mixture of fear and desire for revenge for 9/11 led Congress, the judiciary, and the people to go along with the dangerous precedents.

As civilian and military leaders have been telling us for years, the war on terror is a 30-year project.  After such time has passed, the presidency will have completed its transformation into Caesarism, and there will be no going back.

As wars of aggression or imperial ambition are war crimes under international law, such wars require doctrines that elevate the leader above the law and the Geneva Conventions, as Bush was elevated by his Justice (sic) Department with minimal judicial and legislative interference.

Illegal and unconstitutional actions also require a silencing of critics and punishment of those who reveal government crimes.  Thus Bradley Manning has been held for a year, mainly in solitary confinement under abusive conditions, without any charges being presented against him. A federal grand jury is at work concocting spy charges against Wikileaks’ founder Julian Assange.  Another federal grand jury is at work concocting terrorist charges against antiwar activists.

“Terrorist” and “giving aid to terrorists” are increasingly elastic concepts. Homeland Security has declared that the vast federal police bureaucracy has shifted its focus from terrorists to “domestic extremists.”

It is possible that Awlaki was assassinated because he was an effective critic of the US government.  Police states do not originate fully fledged. Initially, they justify their illegal acts by demonizing their targets and in this way create the precedents for unaccountable power. Once the government equates critics with giving “aid and comfort” to terrorists, as they are doing with antiwar activists and Assange, or with terrorism itself, as Obama did with Awlaki, it will only be a short step to bringing accusations against Glenn Greenwald and the ACLU.