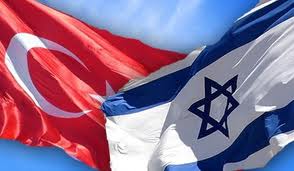 The UN Palmer Report, which largely exonerated Israel for murdering nine unarmed Turkish civilians in international waters on May 31, 2010, seemed in some ways like the last straw. Prior to its publication, the camel’s back had already mostly broken, and a collapse in Turkish-Israeli ties was looming.

Turkey’s sin was seeking an apology for the killing of its citizens—on their way to deliver essential, life-saving supplies to malnourished and besieged Palestinians in Gaza—at the hand of Israeli army commandos.

If the civilians had been Israelis, and the commandos part of a Turkish force, all hell would have broken loose. Israel and the US would have declared Turkey a pariah state. Turkey, however, merely demanded an apology, and it was affronted further for doing so.

Of course, this is not the first time that Israel deliberately provoked and tested Turkish patience. Israel has attempted to infiltrate Turkey’s own political spaces by supporting its regional opponents and arming various rebel groups with the aim of destabilizing Turkey.

Instead of acknowledging the country’s rising significance and accommodating to the rules of the ‘new Middle East’ political game, Israel resorted to intimidation and insults. It repeatedly placed Turkey—a thriving democracy and a proud regional power of 80 million—in a very sensitive standing.

However, the anti-Turkish attitude in Israel was not an outcome of the Mavi Marmara incident last year. “The height of humiliation” is how an Israeli newspaper described a scene in which Israel’s Deputy Foreign Minister Danny Ayalon summoned Turkish ambassador, Ahmet Oguz, last January to humiliate him before Israeli media. Oguz was reprimanded over a fictional Turkish TV show that was critical of Israel. To ensure that the point has been successfully made, Ayalon “urged journalists to make clear that the ambassador was seated on a low sofa, while the Israeli officials were in much higher chairs,” according to the BBC (January 13, 2010). Ayalon noted that is “there is only one flag here”—the Israeli flag—and “we are not smiling”.

How did Turkey respond? A statement issued by the foreign ministry “invited” their counterparts in “Israeli foreign ministry to respect the rules of diplomatic courtesy.” Hardly outrageous. The gist of the Turkish message that followed the murder of the Turkish humanitarian activists a few months later was not much different. It basically asked for an apology.

Turkey was shunned for the seemingly unreasonable demand. An unnamed senior Israeli official explained the Israeli logic to Ynet news on September 2, following Turkey’s decision to downgrade ties with Israel. “Turkey is an important country in the Middle East, but an apology is a very strategic precedent for Israel in this region,” he said. That is true, Israel’s diplomacy is predicated on unfair trade, violent storming of humanitarian boats, subservient activities, espionage and much more. Indeed, an apology for the murder of Turkish’s civilians would be a precedent.

Even after the recent publishing of Palmer Report—a contradictory and obvious attempt at exonerating the Israeli army while implicating Turkish humanitarian activists—Turkey acted responsibly. But it also acted with the poise and dignity that is expected of a democratic country expressing the wishes of the vast majority of its people. It downgraded military, trade and other ties with Israel. Why should Turkey share military intelligence with a country that murders Turks, humiliates its diplomats and refuses to apologize?

Still, from Israel’s point of view, Turkey has crossed all the limits of acceptable behavior. “Turkish warships will escort any Turkish aid vessels to Palestinians in the Gaza Strip,” said Turkish Prime Minister, Recep Tayyip Erdogan, in an interview with Al Jazeera (as quoted in the Guardian, September 8). At the same time, Turkish diplomacy continued to offer a window of opportunity to detain further escalation. “Our embassy in Israel is open, and the Israeli embassy in Ankara is open. The relations would return to the old days if Israel apologizes and accepts to pay compensation,” said Huseyin Celik, Deputy Chairman of the ruling Justice and Development party (according to the Guardian, September 8.)

Since an apology is a “precedent”, Israel responded in the only way it knows how. An accusatory campaign was launched against Turkey with outlandish insinuations and direct threats.

“This is part of the Islamization spreading there, and we must recognize it,” said the senior official to Ynet. The leading Israeli news source also published a column by one Ron Ben-Yishai, calling the Turkish Prime Minister a “short-tempered thug.” In “Turkey no great power,” Yishai accused the country of failing on most fronts. “Turkey under Erdogan’s leadership is neither a reliable ally nor a credible rival,” he charged.

These views are hardly marginal, and were matched by specific threats by Israeli Foreign Minister Avigdor Lieberman. “We’ll exact a price from Erdogan that will prove to him that messing with Israel doesn’t pay off,” Lieberman reportedly said. More specifically, he “urge(d) all Israeli military veterans to refrain from traveling to Turkey and facilitate cooperation with the Armenians—Turkey’s historic rivals.” He said he also plans to meet with the Turkish rebel group PKK to “cooperate with them and boost them in every possible area,” according to UPI, September 9.

Per this logic, demanding an apology for murder equals a thuggish act, while stirring regional instability and admitting to supporting armed militias is an acceptable diplomatic maneuver.

Turkey had no other option but to escalate before an obstinate “ally.” And considering the latter’s existing isolation in the region—and the growing anti-Israeli sentiment in Egypt and elsewhere—it is likely that Israel, not Turkey, will lose out in this political tussle.

Even the US, Israel’s “unconditional” ally, seems to recognize the dangerous game being played by Israel and its rightwing government of Benjamin Netanyahu. Recently revealed comments made by then US Secretary of Defense Robert Gates indicate that Americans are simply fed up with supporting Israel’s “dangerous” policies, while “receive(ing) nothing in return” (Bloomberg, September 5).

It is these very dangerous policies that guide Israel’s brewing conflict with Turkey amid complete lack of political wisdom in Tel Aviv. But if extreme militancy was not enough to intimidate or weaken the resolve of a tiny and besieged place like Gaza, why should it work against a great and rising power like Turkey?

Rational thinking in Netanyahu’s government might also be an acceptable precedent.