The Legal Flaws of the Palmer Commission Flotilla Report 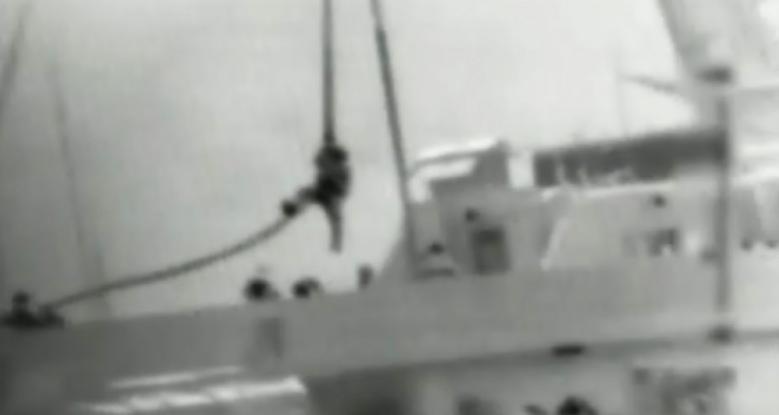 The latest United Nations report on last year’s lethal flotilla incident – in which nine people were killed and many injured by Israeli commandos on board a humanitarian ship bound for Gaza – was released at the beginning of September, and generated much controversy. On the one hand, the report makes clear that Israel’s use of force on board the Mavi Marmara and in the treatment of those detained on the ship was excessive and unreasonable. It acknowledges that forensic evidence indicates at least seven were shot in the head or chest, five of them at close range, and recognizes that Israel still refused to provide any accounting of how the nine people were killed. It calls on Tel Aviv to compensate the families of those killed, eight Turks and one American, and also those who were seriously injured during and after the incident, passengers roughed up while in Israeli custody and whose cameras, cell phones and other belongings were confiscated.

The unusually small inquiry panel itself lacked credibility. It was chaired by former New Zealand prime minister and international environment law expert Geoffrey Palmer. Astonishingly, the only other independent member was its vice-chair, the former president of Colombia. Alvaro Uribe’s notorious history as a human rights abuser who called human rights advocates such as Amnesty International “rats,” as well as his legacy of seeking out the closest possible ties to and defense of Israel while in office, make him wildly inappropriate for such an assignment. The panel was rounded out with two members appointed by Israel and Turkey, each of whom appended a partisan dissent to the report.

It is therefore particularly significant that the report, despite several notable shortcomings, still confirmed several longstanding criticisms of Israel’s policies, especially the habitual reliance on excessive and unreasonable force when dealing with Palestinian issues. Overall, however, the report of the Palmer Commission is severely flawed from an international law perspective. The most significant finding of the report is its most dangerous and legally dubious: the conclusion that Israel’s blockade of Gaza, in effect since mid-2007, was somehow, despite being severely harmful to the 1.5 million Palestinians living in Gaza, a legitimate act of self-defense. The report gives considerable attention to the illegal rockets fired into Israel by Palestinian militants mainly associated with Hamas, and notes, appropriately, that “stopping these violent acts was a necessary step for Israel to take in order to protect its people.” But while that justifies protective action, it does not make the case for a valid claim of self-defense under international law.

The report ignores altogether the crucial fact that a unilateral ceasefire had been observed by Hamas ever since the end of the Gaza War in early 2009. An earlier joint Israeli-Palestinian ceasefire had been declared in July 2008, and had led to a virtual halt in rocket attacks until it was broken by Israel in November of that year, in a lethal assault on Gaza that led to a crumbling of the ceasefire and thereafter to Israel’s Operation Cast Lead on December 27, 2008. The Palmer report cannot be legally persuasive on the central issue of self-defense without addressing the relevance of these ceasefires that gave Israel a viable security alternative to blockade and force. The fact that the word “ceasefire” does not even appear in the 105-page document underscores why this report is so unconvincing except to Israel’s partisans.

Instead of trying diplomacy, which had shown itself effective, Israel relied on a naval blockade, which prevented every boat from reaching the Gaza Strip, establishing a military siege, cruelly confining all Gazans, children, women and men (more than 50 percent of Gaza’s population is below the age of 15) living under occupation in what amounts to an open-air prison. Such a blockade is a massive and sustained example of collective punishment, unequivocally prohibited by Article 33 of the Fourth Geneva Convention. The main goal of the flotilla was to bring desperately needed humanitarian goods, primarily medical equipment, to Gaza’s hospitals and clinics. But a second important goal was to challenge the illegal blockade, end the siege, and protect the rights of the people of Gaza. According to the Universal Declaration of Human Rights, every human being has the right to freedom of movement both within and between all countries yet for more than four years Israel’s siege of Gaza has denied Gazans their right to leave this crowded, impoverished territory, and denied entry to foreign visitors and even to family members. With all land borders closed and the UN and neighboring states unwilling to do more than call repeatedly but futilely on Israel to fulfill its obligation toward an occupied people, the flotilla movement was a peaceful and powerful way to expose the criminality of the siege and blockade of Gaza.

We should not lose sight of the essential nature of the incident. Israel launched a naval attack in the middle of the night on a humanitarian flotilla in international waters, whose six ships had been publicly inspected by harbor and police officials in a number of European countries to ensure there were no weapons on board before heading into international waters and had been tracked from the time they left port. It was neither reasonable nor necessary to mount such an attack for the sake of Israeli security.

Allowing a naval blockade – which the Palmer Commission acknowledges to be an act of war – to be imposed by Israel against the helpless civilian population of Gaza and then accepted as ‘legal’ by the UN, it is a sad day for both the global rule of law and the well-being of some of the most vulnerable and abused people on the planet.