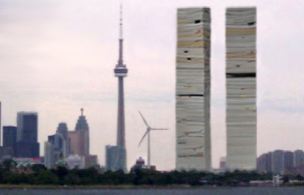 In the U.S. on September 11, 2011, the tenth anniversary of 9/11, politicians and their presstitute media presented Americans with “A Day of Remembrance,” a propaganda exercise that hardened the 9/11 lies into dogma.  Meanwhile, in Toronto, Canada, at Ryerson University, the four-day International Hearings on the Events of September 11, 2001, came to a close at 5 pm. 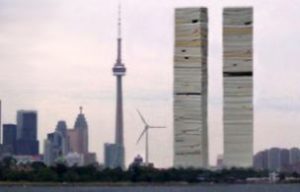 During the four days of hearings, distinguished scientists and scholars and professional architects and engineers presented the results of years of their independent research into all aspects of 9/11 to a distinguished panel consisting of the honorary president of the Italian Supreme Court, who was an investigative judge who presided over terrorism cases, and three distinguished scholars of high renown and judgment. The distinguished panel’s task is to produce a report with their judgment of the evidence presented by the expert witnesses.

The Toronto Hearings were streamed live over the Internet.  I was able to watch many of the presentations over the four days. I was impressed that the extremely high level of intelligence, and scientific competence of the witnesses was matched by a high level of integrity, a quality rare in U.S. politics and totally absent in the American media.

As I stressed in my recent interview about 9/11 with Jim Corbett and Global Research, I am a reporter, not an independent researcher into 9/11.  I pay attention when the fact-based community finds problems with the official propaganda. Perhaps this reflects my age.  My generation was raised to believe in evidence and the scientific method.  George Orwell and other writers warned us of the consequence of succumbing to government propaganda as a result of disinterest in the truth or government manipulation of one’s patriotism.

My ability to serve as a reporter of scientific evidence is enhanced by my having a Bachelor of Science from Georgia Tech, a Ph.D. from the University of Virginia, and post-graduate education at the University of California, Berkeley, and Oxford University, where my professor was the distinguished physical chemist and philosopher, Michael Polanyi. In the 1960s, I was appointed Visiting Assistant Professor of Chemical Engineering, University of California, Berkeley, in order to provide together with Polanyi to the science students at Berkeley a course in Polanyi’s unique contributions to knowledge. Polanyi’s illness prevented the course from happening and condemned me to being a mere economist.

This does not mean that I am infallible or that my reporting is correct. If my reporting stimulates you, go to the presentations, which I believe will continue to be available online, and if not, some edited CD will be available.

As one whose own contributions to economics, now belatedly recognized, are “outside the box,” I am responsive to those who can escape peer pressure in order to advance truth.  Here are some of the important things I learned from the Toronto Hearings.

The National Institute of Standards and Technology (NIST, a government agency) reports on the twin towers and building 7 are fraudulent.  Witnesses at the Toronto Hearings proved that building 7 was a standard controlled demolition and that incendiaries and explosives brought down the twin towers. There is no doubt whatsoever about this. Anyone who declares the contrary has no scientific basis upon which to stand. Those who defend the official story believe in miracles that defy the laws of physics.

A nano-chemist from the University of Copenhagen, who together with a scientific team spent 18 months investigating the chemical and physical properties of dust from the towers, found evidence of nano-thermite in the dust and quantities of particles not naturally formed by office or normal building fires that indicate another explosive was also present.

Physicist David Chandler proved beyond all doubt that building 7 fell over its visible part (other buildings obscure the bottom floors) at free fall speed, an unambiguous indication that explosives had removed all supporting columns simultaneously. There is no possibility whatsoever according to the laws of physics that building 7 fell for the reasons NIST provides. The NIST account is a total denial of known laws of physics.

Many other powerful points were made at the conference that I will not report, at least not at this time, because the revelation of malevolence is so powerful that most readers will find it a challenge to their emotional and mental strength.

Psychologists explained that there are two kinds of authority to which people submit. One is to the authority of people in high positions in the government. The belief that “our government wouldn’t lie to us” is pervasive, especially among patriots.  The other source of authority is experts.  However, to believe experts a person has to be educated and open-minded and to trust scientific, professional, and scholarly integrity.

In recent years in America, scientific and scholarly authority has come into disrepute among Christian evangelicals who object to evolution and among anti-intellectual Tea Party adherents who object to “elitists,” that is, objection to knowledge-based persons whose knowledge does not support Tea Party emotions.

In other words, qualified, knowledgeable people who tell people what they do not want to hear are dismissed as “the enemy.” Much of the American population is set up to believe government propaganda. Without an independent media, which the US no longer has, people are taught that only “conspiracy kooks” challenge the government’s story. Even on the Internet, this is a main theme on Antiwar.com and on CounterPunch.org, two sites that protest America’s wars but accept the 9/11 propaganda that justifies the wars.

This is the reason that I think that the U.S. is moving into an era where the emotional needs of the population produced by government propaganda overwhelms science, evidence, and facts. It means the abolition of accountable government and the rule of law, because protection from terrorists is more important.

The fact-based world in which “we are not afraid to follow the truth wherever it may lead” is being displaced by dogma. Anyone who doubts “our government” is an anti-American, Muslim-loving, pinko-liberal commie, who should be arrested and waterboarded until the culprit confesses that he is a terrorist.

The event of 9/11 is now outside the realm of fact, science, and evidence.  It is a dogma that justifies the Bush/Cheney/Obama war crimes against Muslims and their countries.

Obama regime appointee Cass Sunstein, a Chicago and Harvard Law School professor, thinks the 9/11 movement, for challenging the official “truth”, should be infiltrated by U.S. intelligence agents in order to shut down the fact-based doubters of government propaganda.

When a law professor at our two most prestigious law schools wants to suppress scientific evidence that challenges government veracity, we know that in America respect for truth is dead.

The notion that a country in which truth is dead is a “light unto the world” is an absurdity.