Pride in the Future: the Politics of Iran’s Space Program 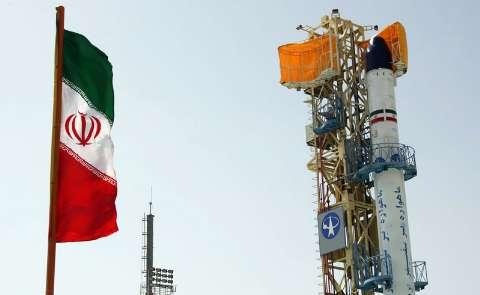 Iran’s recent successful launch of a second satellite into orbit has drawn considerable attention around the world. As in the past, Iran’s announcement of the launch of its domestically-built satellite into space received mixed reactions in the West. Some mainstream U.S. media treated the announcement with skepticism and ridicule. “Before you cancel that European vacation or start building a bomb shelter, it’s worth taking Iran’s boasts with a grain of salt”, one commentator wrote. “While Iran has cooked up some indigenous weaponry over the years, its desire to puff out its chest and pronounce immunity from the effects of international sanctions has led to some absurd exaggerations and outright lies”. 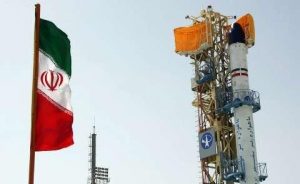 To the surprise of such skeptical observers, it was only a matter of hours before independent sources, including some websites associated with NASA, verified the successful launch of Iran’s Rasad satellite by tracking its current position in space. Despite strong motivations for skepticism toward anything positive coming out of Iran, some fair-minded Western observers did not shy away from expressing their independent observations on Iran’s recent satellite launch either. “People wondered after the first time if they just got lucky”, one science analyst observed. “Now that they’ve put two satellites up there, that indicates perhaps it wasn’t a fluke the first time. It demonstrates that their rocket technology is pretty good”.

Apart from Israel, which follows an even more hard-line stance than the United States towards Iran’s technological achievements and views Iran’s space program as a cover for the development of long-range ballistic missiles, regional reactions to Iran’s recent satellite launch and its plan for more launches in the near future have largely been mute. This silence should not come as a surprise knowing that major regional countries including Saudi Arabia and Turkey have their own developing space programs and have already had several satellites launched into orbit with the help of foreign countries. In fact, some defense experts consider certain space activities of some of these regional countries even far more mature than Iran’s, even though their activities are not a source of Western concern.

Apart from the fact that some major countries, such as Turkey, do not consider Iran a threat to their national security, they are also less worried about Iran’s space program being a cover for developing long-range ballistic missiles since Iran’s existing missiles can already reach most of their territories. Russia has also refrained from overreacting to Iran’s space activities for fear that Iran might be used as a scapegoat by the West to push ahead with building missile shields in Eastern Europe. In the past, Russia had largely been responsive to U.S. pressure for restraining its cooperation with Iran in space activities in part to have its concerns in other areas met by Western powers.

While some Iranian officials, including President Ahmadinejad, tend to somewhat overstate the nature of Iranian scientific advances, it is a widely-shared belief among independent experts and science analysts that Iran has established itself as the scientific and technological powerhouse in the region. For example, Jane’s Intelligence Digest reported in recent years that “Tehran now has established its status as having the most advanced space, missile and nuclear programs in the Muslim Middle East, confirming its technical superiority over its Arab rivals”. Iran has also reportedly recorded the world’s fastest scientific growth over the past 15 years. According to the UK’s Royal Society, Iran’s scientific output rose 18-fold from 1996 to 2008, thus catapulting it to the top of the world in terms of scientific growth rate.

Regardless of how the Western governments and media would react to Iran’s technological achievements, it may be puzzling why Iran is undertaking large investments in such advanced technological fields. This question is particularly interesting knowing that Iran has neglected investments in other crucial sectors such as oil refineries over the last three decades. Such a neglect has cost Iran well over one hundred billion dollars of hard-earned foreign exchange through the import of gasoline over this period while exposing it to the threat of gasoline embargo by its sworn adversaries and forcing it to shift the operation of its petrochemical factories to produce gasoline in recent years in order to fend off such threats.

The dominant narrative among Western politicians and in mainstream Western media is that Iran uses its satellite launches as a cover to develop long-range ballistic missile technology. The main reason for this view is that the same technology used to launch satellites into space can also with some modifications deliver conventional and non-conventional warheads over a long distance to hit targets, for example, in Western Europe or even in the United States.

Second, Iran does not define for itself a global military role that necessitates the development of long-range ballistic missile technology. Long-range ballistic missiles cannot significantly increase Iran’s deterrence against extra-regional powers given that these countries are already equipped with missile defense shield technology which enables them to destroy incoming missiles in the air. This can be performed especially more easily if they are launched by countries which are less advanced in the area of missile technology. Iran simply pursues military deterrence against regional adversaries, which are located within the striking distance of its various missiles, as well as against those extra-regional powers which have military bases in the region.

Iran’s modest military expenditures as compared to even some of its small neighboring countries and the overwhelmingly defensive nature of its military capabilities all point to the fact that Iran does not seek military roles beyond its means. Just to get a better sense of this reality, it helps to know that, for example, according to a paper published in fall 2010 in the Middle East Journal, the six Arab members of the Persian Gulf Cooperation Council, with a combined population of less than one third of Iran, spent 7.5 times as much on their defense as Iran in the ten-year period 1997–2007. Similarly, they spent 15.6 times as much on arms procurement as Iran during the same period.

Iran’s main goal for developing satellite technology is presence in space, not for the sake of military technologies incidental to a space program, but for the strategic and political benefits emanating from the very space presence itself. Possessing the technology to build satellites and lunch them into space gives Iran strategic benefits in both civilian and military arenas over the long run . Self-sufficiency in the production and launch of satellites to provide telecommunications and possible military reconnaissance services is an important national security goal for Iran. Iran’s arch rivals in the region either already possess such technologies or can rely on Western support for providing these services. Facing a hostile West, Iran cannot rely on already-existing satellite services and technologies and thus has to help itself.

The advantages of a space program do not remain confined to its technical applications for Iran. Political motivations are also a driving force behind Iran’s growing space program. Space activities along with nuclear power and stem cell research, in which Iran has made significant investments over the past few decades, possess symbolic value for Iran as vanguard scientific field. By developing its capacities in advanced scientific and technological fields, Iran also aims to develop a new national self-image and improve its international prestige.

Iran’s national self-image has been influenced by the experience of great power interference in its internal affairs over the past two centuries. While Iran was one of the few countries in Asia and Africa which escaped direct colonization in the height of great power scramble for colonies in the late 19th and early 20th centuries, in large part as a result of great power rivalry between Tsarist Russia and Britain, it did experience indirect colonial domination or what later came to be known as neo-colonialism. To Iranians, the experience of neo-colonial domination signified Iran’s absolute and, by far more dramatic, relative decline in scientific, military and economic power over the past several centuries. For a nation once at the forefront of world civilizations, this experience of decline provoked national soul-searching by both religious and secular intellectuals and highlighted the need for a national renaissance.

Iran’s efforts at expediting its scientific and technological development over the past few decades demonstrate Iran’s strong desire to break into the rank of technologically-developed nations of the world and bid farewell to its status as a Third World country. The statements of various top Iranian officials to the effect that Iran has now entered the space club and the nuclear club or that it has become a pioneering country in stem cell research all signify Iran’s struggle to redefine its national self and to acquire a new global status. Similarly, the recent statement by Iran’s Defense Minister General Ahmad Vahidi that the successful launch of the Rasad satellite into orbit is “good news for all those who think of Iran’s glory,” can be interpreted along the same lines.

Iranian officials have set ambitious goals for their space program. The national goal of landing an Iranian astronaut on the moon by 2025 may not seem realistic to outside observers but it has the effect of creating pride in the future for Iranian citizens and boosting their national self-image while also promoting Iran’s international prestige. The Iranian state can also benefit from enhanced political legitimacy at home. Scientific and technological achievements present the image of an efficient and competent government to the public thus increasing their trust in the state. This increased stock of social capital can go a long way in helping the government survive other possible shortcomings and inefficiencies along the way.

In light of the above, and before rushing to condemn Iran’s space activities and raising the specter of a nuclear-armed Iran firing long-range ballistic nuclear missiles into European capitals and American cities, U.S. and other Western policy makers would be better served paying due attention to the politics of Iran’s scientific and technological development in general and how the historical context has influenced Iran’s model of development in particular. A close look into the political roots of Iran’s actions should serve as a check on paranoid reactions to Iran’s scientific and technological achievements in the West.