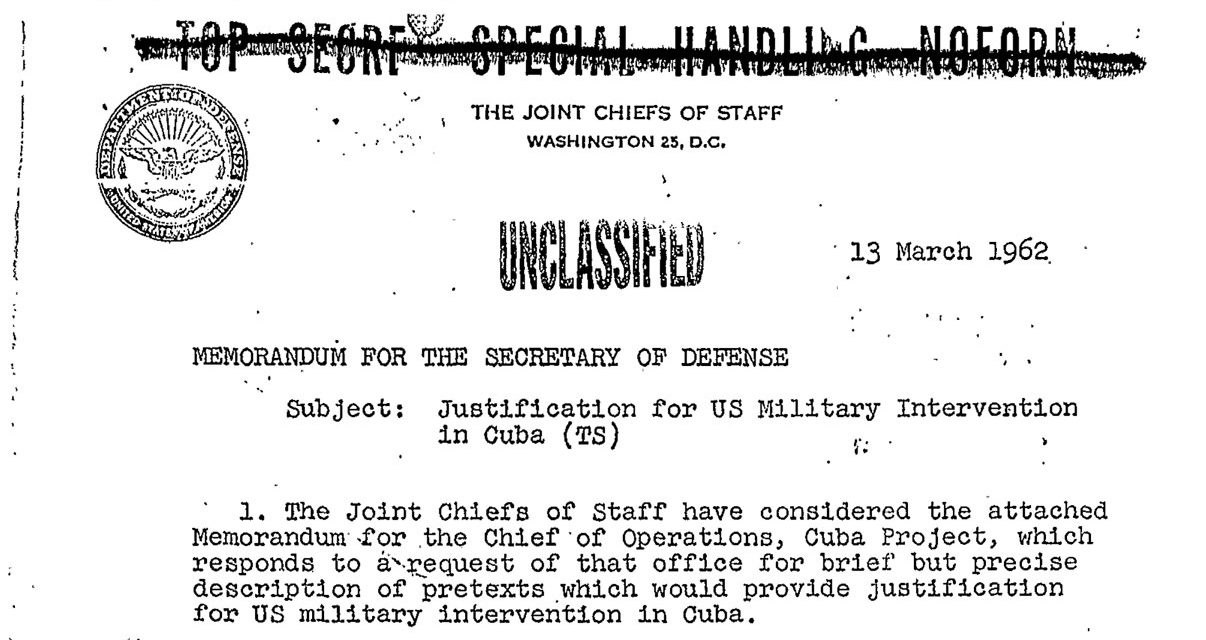 In a June column, I concluded that “conspiracy theory” is a term applied to any fact, analysis, or truth that is politically, ideologically, or emotionally unacceptable. This column is about how common real conspiracies are. Every happening cannot be explained by a conspiracy, but conspiracies are common everyday events.  Therefore, it is paradoxical that “conspiracy theory” has become a synonym for “unbelievable.”

Conspiracies are commonly used in order to advance agendas. In the July issue of American Rifleman, a National Rifle Association (NRA) publication, the organization’s executive vice president, Wayne Lapierre reports on a congressional  investigation led by Senator Charles Grassley and Representative Darrell Issa of a Bureau of Alcohol, Tobacco, Firearms, and Explosives (ATF) and Department of Justice conspiracy to further gun control measures by smuggling guns across the border to Mexican criminals and blaming it on American firearm sellers.

Thanks to federal agents coming forth with evidence on the gun smuggling operation, this government sanctioned criminal conspiracy has been exposed.

Leading an administration-wide cover up—marked by an arrogant dismissal of Congress’ constitutional role—is Attorney General Eric Holder, who has blocked all efforts to get to the truth. His minions have directed federal employees with knowledge of the gun-running scam to refuse to cooperate with congressional investigators.

Many Americans will find the uncovered conspiracy hard to believe. The US Federal agency, BATFE, with the DOJ’s participation, has been providing firearms to Mexico’s drug cartels in order to create “evidence” to support the charge that US gun dealers are the source of weapons for Mexican drug gangs. The purpose of the government’s conspiracy is to advance the gun control agenda.

Attorney General Eric Holder’s stonewalling of the congressional investigation has resulted in Rep. Issa’s warning to Holder:  “We’re not looking at the straw buyers, Mr. Attorney General. We’re looking at you.”

The most likely outcome will be that Grassley and Issa will have accidents or be framed on sex charges.

Conspiracies are also a huge part of economic life. For example, the Wall Street firm, Goldman Sachs, is known to have shorted financial instruments that it was simultaneously selling as sound investments to its customers.  The current bailouts of EU countries’ sovereign debt is a conspiracy to privatize public domain.

The sex charge against Dominique Strauss-Kahn could turn out to have been a conspiracy.  According to the New York Times, the hotel maid has bank accounts in four states, and someone has been putting thousands of dollars into them. 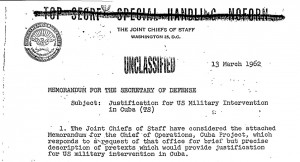 Sometimes governments are willing to kill large numbers of their own citizens in order to advance an agenda. For example, Operation Northwoods was a plan for false flag terrorist events drafted by the US Joint Chiefs of Staff and signed by General Lyman Lemnitzer.  It called for the CIA and other “black op” elements to shoot down Americans in the streets of Miami and Washington, D.C., to hijack or shoot down airliners, to attack and sink boats carrying Cuban refugees to the US, and to fabricate evidence that implicated Castro.  The agenda of the Joint Chiefs and the CIA was to stir up American fear and hatred of Castro in order to support regime change in Cuba.

Before the reader cries “conspiracy theory,” be apprised that the secret Operation Northwoods was made public on November 18, 1997, by the John F. Kennedy Assassination Records Review Board.  When the plan was presented to President Kennedy in 1962, he rejected it and removed Lemnitzer as Chairman of the Joint Chiefs.

Wikipedia quotes extensively from the plan’s menu of proposed false flag terrorist acts. Those who distrust Wikipedia can obtain a copy of the plan from the National Archives.

When I tell even highly educated people about Operation Northwoods, they react with disbelief—which goes to show that even US government-acknowledged conspiracies remain protected by disbelief a half century after they were hatched and 14 years after being revealed by the government.

An example of a conspiracy that is proven, but not officially acknowledged, is Israel’s attack on the USS Liberty in 1967.  Captain Ward Boston, one of the two US Navy legal officers ordered to cover up the attack, not investigate it, revealed the Johnson Administration’s conspiracy, and that of every subsequent administration, to blame mistaken identity for what was an intentional attack.  The unofficial Moorer Commission, led by Admiral Tom Moorer, former Chief of Naval Operations and Chairman of the Joint Chiefs of Staff, proved conclusively that the Israeli attack, which inflicted massive casualties on US servicemen, was an intentional attack.  Yet, the US government will not acknowledge it, and few Americans even know about it.

Even the event Americans celebrate on July 4 was a conspiracy and was regarded as such by the British government and American colonials who remained loyal to King George.  If we don’t believe in conspiracies, why do we celebrate one on July 4?