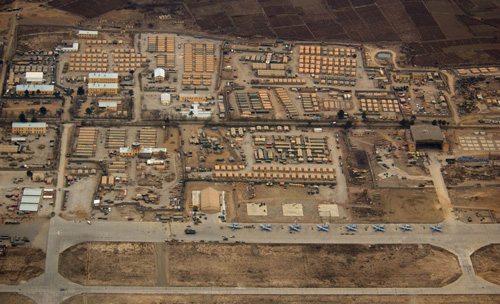 The Bagram Airfield and military complex

When the president of the United States makes a long-awaited statement about matters of war and peace, it is an important moment. President Barack Obama’s announcement on June 22 that he plans to bring 33,000 American troops home from Afghanistan in the next fifteen months is another milestone in a long war that is reminiscent of the 1980s, and the Soviet experience in that country that came at great cost. In February 1986, barely a year after coming to power, the Soviet leader Mikhail Gorbachev described Afghanistan as a “bleeding wound” – a legacy of the preceding Kremlin leadership that took the fateful decision to invade the country in December 1979. In Obama’s words, “we have learned anew the profound cost of war.” Nearly 1,500 Americans have paid with their lives in Afghanistan, some 4,500 in Iraq, and a trillion dollars have been spent on war at a time of rising debt and hard economic times. 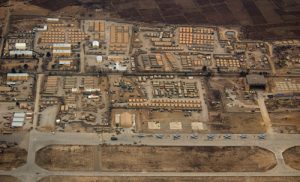 The Bagram Airfield and military complex

It is beyond doubt that policymakers of the first Bush administration (2001–2005), full of hubris and fascination with the “long war,” overstretched the United States. Those errors and the costs they incurred have sapped the will and resources of America and its allies. The full-blown crisis that struck the United States economy, with dire consequences for others, had much to do with America’s long war, even though the banks can hardly escape their share of responsibility for the economic system’s failure. According to the defense and intelligence consultancy STRATFOR, supplying a single gallon of petrol in Afghanistan costs an average of 400 dollars to the U.S. military and sustaining one soldier around a million dollars. With less than eighteen months to go before the November 2012 election, Obama’s primary concern must be the American economy, which shows little sign of improvement.

Obama’s announcement is not without significance, but nor should its significance be exaggerated. His record on the Guantanamo Bay detention camp, trial by military tribunals, torture and extrajudicial killings, drone attacks, and other matters of civil liberties inside and outside the United States is mixed. In light of that record, his mind could change anytime between now and November 2012. For those who admired and supported the old-style Soviet regime, Mikhail Gorbachev is an anathema, because his name will forever be associated with the demise of the Soviet state. Gorbachev’s supporters inside the ex-Soviet Union cannot be more than a tiny number. Obama, the leader of the other colossus, still fights for his political career and eventual legacy. However, by now it is clear that President Obama’s actions are not determined by high principles and consistency. Gorbachev, the Soviet leader, staked everything to make the Soviet Union a liberal, open and reformed society.

President Obama’s announcement of his drawdown plan between now and summer 2012 is driven by pressing economic needs, as well as political expediency. The total of U.S. and NATO troops in Afghanistan was around 140,000 strong at the beginning of June 2011. Even if the withdrawal was completed as planned, the remaining American forces would be around 68,000, about the same as before Obama’s “surge,” and foreign troops in excess of 100,000 strong. President Obama’s reelection campaign has just got underway. A formidable coalition has emerged in the U.S. Congress advocating a speedy withdrawal from Afghanistan, encouraged by opinion polls showing strong support to bring the war to an end.

However, these forces are confronted by the ever powerful military-industrial complex and the Pentagon hierarchy that feel threatened by significant reductions in what they do. Their opposition to Obama’s plan is hardly surprising, nor is it likely that the pressure on the president would cease during this timetable and beyond.

The supreme irony with Obama’s surge is that 2010 was still the bloodiest year on the Afghanistan-Pakistan front and the level of violence shows no sign of abating. A decade of war and the costs thereof seem to have caused a breach between America’s military lobby and at least some of the political establishment. The killing of Osama bin Laden by U.S. special forces has strengthened President Obama’s “war credentials.” The president can now talk about peace. Only a few days ago, President Karzai of Afghanistan and the U.S. Defense Secretary Robert Gates, probably for different reasons, spoke of talks with the Taliban.

What Washington says London often repeats. Consistent with that pattern, the British Foreign Secretary William Haig proclaimed that his government was also talking with the Taliban. The mainstream media in the United States, Britain and elsewhere, ever hungry for their 24-hour news operations, portrayed those statements as a “disclosure.” The truth about direct and indirect contacts with the Taliban is that there is nothing new in them. The biggest problem for the United States remains persuading the Taliban to stop fighting, possibly accept a role of some sort, and let American military bases with thousands of “non-combatant” troops stay in Afghanistan. Is it possible? That is a million dollar question.