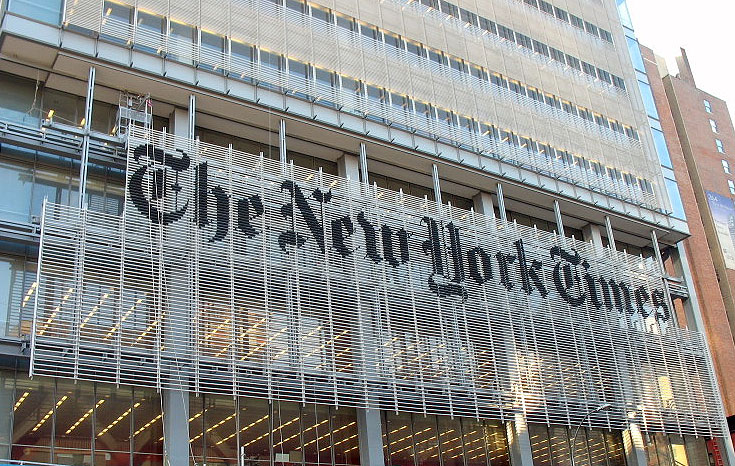 An op-ed published this week in The New York Times repeats a number of well-worn claims about Iranian President Mahmoud Ahmadinejad.

Written by the Brookings Institute’s Saban Center senior fellow Suzanne Maloney and Council on Foreign Relations senior fellow Ray Takeyh, the article, entitled “Ahmadinejad’s Fall, America’s Loss,” attempts to argue that “the prospect of a nuclear deal between Tehran and Washington is diminishing” due to the recent political infighting between the Iranian President and the country’s clerical leadership. 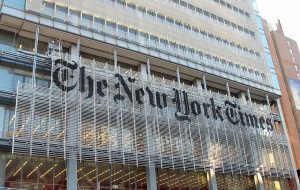 Unsurprisingly, the op-ed is suffused with the usual boilerplate Western narratives about Ahmadinejad, and even Iran in general. The fellows write that he has “dabbled in Holocaust denial” and that, in June 2009, the conservative Iranian government conspired in “rigging the system to ensure his re-election.” Neither of these allegations stand up to serious scrutiny.

Maloney and Takeyh, who openly call for sanctioning Iran’s legal and IAEA-supervised nuclear energy program as well as supporting Iran’s minuscule and unrepresentative “Green” movement, also write that Ahmadinejad, “by deftly exploiting nationalist impulses and economic grievances” has “used every opportunity to build a power base and assert his influence.” That description of the Iranian President could also be used to describe literally every single American President since the nation’s founding, nearly every single member of the United States Congress, Democrats and Republicans alike, as well as the vast majority of local officials. So, in other words, they’re asserting that Ahmadinejad is indeed a politician. Good to know.

They go on to claim that Ahmadinejad’s “shrewd political instincts” have influenced his decision to “embrace the notion of negotiations with Washington” over the Iranian nuclear program, in spite of what they describe as “the clerics’ official ideology of anti-Americanism.” They then provide this nugget of analysis:

Mr. Ahmadinejad’s interest in dialogue was not motivated by any appreciation of American civilization or an impulse to reconcile. Rather, the provocative president saw talks as a means of boosting his stature at home and abroad while touting his vision of a strong nuclear-armed Iran.

Firstly, why would anyone expect (or even hope) that an elected executive of one country would make decisions based on a personal “appreciation” of another country’s “civilization“? This would seem to be an irresponsible and inappropriate basis for engagement and diplomacy. Is the United States providing Saudi Arabia with $60 billion worth of weaponry and military equipment because of its admiration of Saudi civilization? Are the P5+1 negotiating with Iran due to their collective affection for Persian civilization and its myriad cultural contributions like establishing the world’s first postal service, inventing architectural innovations like the flying buttress and the squinch and dome, and introducing the world to decimal fractions, almanacs, astrolabes, windmills, paisley, and polo? Doubtful.

Far more important—outrageous, even—is the contention, stated as indisputable fact by Maloney and Takeyh, that Ahmadinejad is bold, brash, and boastful in his outspoken intention to create a “nuclear-armed Iran.” Naturally, no evidence is provided by the authors to bolster this allegation, yet the New York Times printed it without hesitation.

Put simply, the claim is unsupported by all available facts. Quite the contrary, Ahmadinejad has consistently condemned the acquisition of nuclear weapons and has repeatedly called upon the international community to dismantle all nuclear arsenals and support the establishment of a nuclear weapons-free zone in the Middle East.

This is not about parsing Iranian intentions or scrutinizing IAEA reports, Israeli accusations, or N.I.E. assessments. It is not even about identifying the absurd neoconservative fear-mongering which litters the article with warnings about Iran’s “nefarious activities” and how an “increasingly confident and aggressive” Islamic Republic would be “unlikely to accept meaningful limitations on its nuclear ambitions or sever its ties to militant groups like Hamas and Hezbollah.” It is not about agreeing with Ahmadinejad’s political policies, personal beliefs, or rhetorical style.

No, this is about claiming that the Iranian President has openly declared (“touting his vision”) that he seeks “a nuclear-armed Iran,” as written by two senior fellows at influential think tanks and published by the newspaper of record. This claim, as written and printed, is not true. In fact, it is pretty much exactly the opposite of what the well-documented truth is.

So here we go again, in Ahmadinejad’s own words, for the record:

Ahmadinejad, speaking in August 2006, declared, “Nuclear weapons have no place in Iran’s defense doctrine and Iran is not a threat to any country…We are not a threat to anybody; even our solution to the Zionist regime is a referendum.”

In the same speech, he said, “the Iranian nation has always resolutely resisted bullying. The Iranian nation will never exchange its dignity and nobility for anything. However, some oppressor countries can not believe that a nation can be powerful and peaceful at the same time. They can not imagine that a nation can possess nuclear technology with no nuclear weapons. They just come to the wrong conclusions through wrong analyses.”

In a lengthy interview with CBS‘s Mike Wallace for 60 Minutes, Ahmadinejad explained, “Basically we are not looking for—working for the bomb…The time of the bomb is in the past. It’s behind us. Today is the era of thoughts, dialogue and cultural exchanges.”

The next month, Ahmadinejad was asked by NBC‘s Brian Williams about whether the Iranian nuclear program was peaceful. He replied, “Did Iran build the atomic bomb and use it? You must know that, because of our beliefs and our religion, we’re against such acts. We are against the atomic bomb.”

In 2007, Ahmadinejad was interviewed on CBS by Scott Pelley, who asked him, “Is it the goal of your government, the goal of this nation to build a nuclear weapon?” Ahmadinejad answered:

It is a firm “no.” I’m going to be much firmer now. I want to address all politicians around the world, statesmen. Any party who uses national revenues to make a bomb, a nuclear bomb, will make a mistake. Because in political relations right now, the nuclear bomb is of no use. If it was useful, it would have prevented the downfall of the Soviet Union. If it was useful, it would have resolved the problems the Americans have in Iraq. The U.S. has tested new generations of bombs, many thousands of warheads you have in your arsenals. It’s of no use. And also the Zionist entity, they have hundreds of warheads. It’s not going to help them. The time of the bomb is past. The parties who think that by using the bomb you can control others, they are wrong. Today we are living in the era of intellectual pursuits. You should spend your money on your people. We don’t need the bomb. For 28 years we have defended ourselves in the face of enemy onslaught. Every day we are becoming more powerful. And, again, we don’t need such weapons. In fact, we think that this is inhuman.

A few days later, when interviewed by Charlie Rose, Ahmadinejad repeated himself, adding, “We’ve said many times before, we don’t need the weapon. It’s not enshrined in our defense doctrine, nuclear defense. And ideologically, we don’t believe in it either. We have actually rejected it on an ideological basis. And politically, we know that it is useless.”