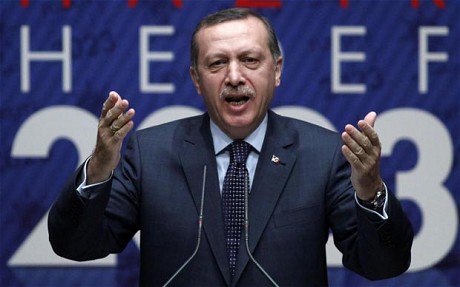 The following article is written in collaboration with Hilal Elver, my Turkish wife. It is posted a few days before Turkish elections this Sunday that will have a great impact on Turkey’s political future. As a sign of changes in the world, the pre-election attention given to these elections in Turkey is a notable example. Turkey has emerged as ‘a success story’ in a global setting where most of the news is interpreting various forms of failure, especially in meeting global challenges such as food security, climate change, and economic instability and recession. 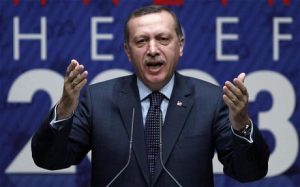 The Economist leader headline in its June 4th issue is revealing: “The best way for Turks to promote democracy would be to vote against the ruling party.” It reveals a mentality that has not shaken itself free from the paternalism and entitlements of the bygone colonialist days. What makes such an assertion so striking is that The Economist would know better than to advise American or Canadian or Israeli citizens how to vote. And it never did venture such an opinion on the eve of the election of such reactionary and militarist figures as George W. Bush, Stephen Harper, or Benjamin Netanyahu. Are the people of Turkey really so politically backward as to require guidance from this bastion of Western elite opinion so as to learn what is in their own best interest?

Surely it is a strange recommendation, even putting aside its interventionary aspects. The Economist itself admits the progress Turkey has made internally and internationally since the governing Justice and Development Party (AKP) came to power in 2002. Its economy has flourished, civilian control of the governing process has been greatly strengthened, creative efforts have been undertaken to solve outstanding conflicts involving the Kurdish minority and Cyprus, and Turkey has fashioned a creative and constructive foreign policy that has greatly enhanced its regional and global reputation. With such an unquestioned record of achievement, it seems strange to go so far beyond calling attention to some serious lingering problems in Turkey by instructing the people of Turkey to vote for an opposition party that attacks the AKP relentlessly but offers no alternative vision for how it might improve upon its policies.

As Stewart Patrick put it recently in the pages of Foreign Affairs, the influential American journal on global policy: “The dramatic growth of Brazil, China, and India—and the emergence of middle-tier economies such as Indonesia and Turkey—is transforming the geopolitical landscape and testing the institutional foundation of the post-World War II liberal order.” Notable here is the recent acceptance of Turkey as a major regional and global actor, something that was not present in the political imagination before this period of AKP leadership.

And if we look beyond Eurocentric perspectives, the rise of Turkey is even more dramatic. In the Middle East, it is Turkey, although outside the Arab orbit, that has been most inspiring to those leading the movements that have produced the Arab Spring. Public opinion polls in the region again and again rank Recip Tayyip Erdogan as the world’s most admired leader. It is a mistake to suggest that these movements will opt for ‘the Turkish model,’ as each national situation has its own originality, but all share a passionate insistence that destiny of the country will be shaped by its own people according to their values and aspirations, and without imitation of others. It is possible to learn from the Turkish experience in dealing with such tendentious issues as the future participation of the Muslim Brotherhood in Egyptian politics, or the desirability of pursuing a foreign policy based on ‘zero problems with neighbors’ while maintaining this fierce insistence on the nationalist character of political transformation.

At the same time, in a world lacking effective and legitimate global leadership, it would be a mistake to overlook the enormous contributions made by Turkish diplomacy over the course of the prior decade. AKP foreign policy, as principally shaped by Ahmet Davutoglu, provides a reasoned, peace-oriented voice of intelligent moderation that draws upon deep historical and cultural affinities, and suggests a very different political profile than that associated with such other regional voices as those emanating from Iran and Saudi Arabia.

Such an affirmation of the AKP achievements is not meant to be an uncritical endorsement of its policies. There are disturbing features of its approach to internal dissent, including the imprisonment of a large number of its domestic critics, especially journalists, and recent examples of police brutality in responding to anti-government demonstrations. There are also widely discussed worries about Mr. Erdogan’s ambitions, contentions that he is a closet autocrat as well as an immensely skillful politician in the populist mode, and it might be reassuring to the electorate as a whole if the elections do not give the AKP a parliamentary two-thirds super-majority that would allow the amendment of the 1982 Constitution without the need for a ratifying referendum. The fear is that with such control, 376 members out of a total of 550, the AKP could push through a presidential system that would allow Mr. Erdogan to become the dominant political leader in the country for another ten years. However, a new constitution is necessary. There is little disagreement among the Turkish voters about the desirability of a new constitution to replace the outdated 1982 Constitution, a byproduct of military rule. Aside from its statist and ultra-nationalist features, the present Turkish constitution keeps alive unpleasant memories of repressive rule when abuse of the citizenry was the order of the day.

Secular Turks mainly worry about certain forms of constitutional reform that they fear will keep the AKP in power forever and will somehow challenge their European modernist life style by such measures as Internet censorship, instilling Islamic morals with respect to sexual content, or imposing restrictions on the public availability of alcohol. In the background, as well, is an unresolved struggle for economic and cultural primacy among elites with different geographic and class roots in Turkish society, the AKP bringing to the fore new energies that come from the more traditional atmosphere of Anatolian towns and villages, as opposed to the CHP elites that are concentrated in the main urban centers of western Turkey: Istanbul, Izmir, and Ankara.

Instead of telling Turks how to vote, The Economist might have more appropriately warned Turkish voters  (if their concern was the future wellbeing of the country) against the perils of the free market economy that the AKP has so enthusiastically endorsed, and especially encouraged while dramatically expanding trade with neighboring states, especially to its East.   Despite the impressive economic growth of recent years, there seems to be too great a readiness in Ankara to go along with the sort of neoliberal globalization that minimizes the regulation of markets, fails to address climate change, indulges speculative finance, and generates ever greater disparities between rich and poor within and among countries.

Even here in relation to the world economy, the Turkish record is better than its harshest critics are ready to admit. Recently, Turkey took over from Belgium, itself symbolic of a power ship on the global stage, as host for the next ten years of the UN efforts to assist the poorest countries in the world, known as the Least Developed Countries or LDCs. It hosted a mega-conference of 192 member states of the UN in Istanbul last month, and made it clear through statements by Mr. Erdogan and Mr. Davutoglu to the assembled delegations that Turkey’s vision of its role was to make sure that economic justice was being achieved through this UN process, an assessment that took issue with the efforts of the prior 40 years of grand rhetoric and miserable performance. Expressive of this intention, the Turkish Foreign Minister established an Intellectual Forum of independent academic specialists gathered from around the world that ran sessions parallel to the inter-governmental conference, offering a critical perspective on the entire UN approach to extreme poverty and societal vulnerability.

Perhaps the greatest deficiency in the current Turkish political scene is not the quality of AKP leadership, but the absence of a responsible and credible opposition that offers the citizens some alternative policies on key questions. So far the main opposition party, Republican People’s Party (CHP), has been a party of ‘No,’ agitating secular anxieties about ‘a second Iran’ and withholding all appreciation for what the governing party has managed to achieve. Turkey, as with any vibrant democracy, needs a robust opposition both to heighten the quality of policy debate and to make the electoral process more responsive to the values of and challenges facing Turkish society, but this will not be achieved at this stage by voting the AKP out of power.

The Economist and others outside of Turkey should certainly be free to comment on AKP policies and the record of its government, but telling voters how to vote goes too far, and recalls the worst sides of the European relationship to the Middle East. We live in an increasingly integrated and interconnected political, economic, and cultural global space, within which critical dialogue and mutually beneficial cooperation are indispensable if the future holds any promise of becoming peaceful, fair, and sustainable for the peoples of the world. In this regard, it is crucial that the imperatives of such free expression be reconciled with respect for the dynamics of self-determination, above all the autonomy of national electoral procedures.  It is disappointing that Eurocentricism has not yet become an embarrassment for the editors of The Economist.