A Nobel Economist Says Globalism Is Costly For Americans 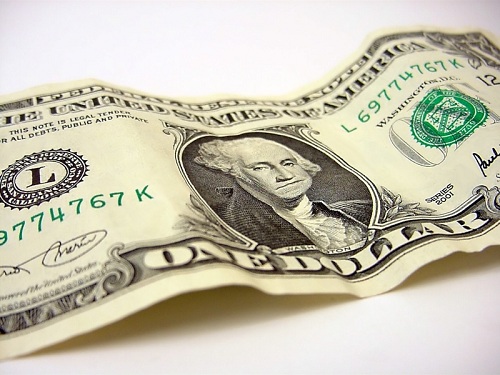 Offshoring has destroyed the economy

These are discouraging times, but once in a blue moon a bit of hope appears. I am pleased to report on the bit of hope delivered in March of 2011 by Michael Spence, a Nobel prize-winning economist, assisted by Sandile Hlatshwayo, a researcher at New York University. The two economists have taken a careful empirical look at jobs offshoring and concluded that it has ruined the income and employment prospects for most Americans. 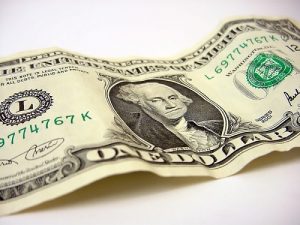 To add to the amazement, their research report, “The Evolving Structure of the American Economy and the Employment Challenge,” was published by the very establishment Council on Foreign Relations.

For a decade, I have warned that US corporations, pressed by Wall Street and large retailers such as Wal-Mart, to move offshore their production for US consumer markets, were simultaneously moving offshore US GDP, US tax base, US consumer income, and irreplaceable career opportunities for American citizens.

Among the serious consequences of offshoring are the dismantling of the ladders of upward mobility that made the US an “opportunity society,” an extraordinary worsening of the income distribution, and large trade and federal budget deficits that cannot be closed by normal means. These deficits now threaten the US dollar’s role as world reserve currency.

I was not alone in making these warnings. Dr. Herman Daly, a former World Bank economist and professor at the University of Maryland, Dr. Charles McMillion, a Washington, DC, economic consultant, and Dr. Ralph Gomory, a distinguished mathematician and the world’s best trade theorist, understand that it is strictly impossible for an economy to be moved offshore and for the country with the offshored economy to remain prosperous.

Even before this handful of economists capable of independent thought saw the ruinous implications of offshoring, two billionaires first recognized the danger and issued warnings, to no avail.  One of the billionaires was Roger Milliken, the late South Carolina textile magnate, who spent his time on Capitol Hill, not on yachts with Playboy centerfolds, trying to make our representatives aware that we were losing our economy.  The other billionaire was the late Sir James Goldsmith, who made his fortune by correcting the mistakes of America’s incompetent corporate CEOs by taking over their companies and putting them to better use. Sir James spent his last years warning of the perils both of globalism and of merging the sovereignties of European countries and the UK into the EU.

Sir James book, The Trap, was published as long ago as 1993. His book, The Response, in which he replied to the “free trade” ideologues in the financial press and academia who denigrated his warning, was published in 1995. [For readers who wish to hear a speech given by Sir James to the US Senate in 1994 warning of the perils of globalism, watch it on YouTube.  Also here.]

Sir James called it correct, as did Roger Milliken.  They predicted that the working and middle classes in the US and Europe would be ruined by the greed of Wall Street and corporations, who would boost corporate earnings by replacing their domestic work forces with foreign labor, which could be paid a fraction of labor’s productivity as a result of the foreign country’s low living standard and large excess supply of labor. Anytime there is an excess supply of labor, or the ability of corporations to pay labor less than its productivity, the corporations bank the difference, share prices rise, and Wall Street and shareholders are happy.

All of this was over the heads of “free trade” ideologues, who threw accusations such as “protectionist” at Sir James, Roger Milliken, Herman Daly, Ralph Gomory, Charles McMillion, and myself. These “free trade” ideologues are economically incompetent.  They do not know that the justification for free trade is based on the principle of comparative advantage, which means that a country specializes in those economic activities in which it performs best and trades for those goods that other countries do best. Instead, the ideologues think that free trade means the freedom of capital to seek absolute advantage abroad in lowest factor cost.  In other words, the free trade incompetents have never read David Ricardo, who formalized the case for free trade.

Other economists, especially those high profile ones in high profile academic institutions, were bought and paid for.  In exchange for grants from offshoring corporations these hirelings invented “the New Economy,” in which everyone would prosper as a result of getting rid of “dirty fingernail jobs.”  The New Economy wouldn’t make anything, but it would lead the world in innovation and in financing what others did make.  The “new economists” were not sufficiently bright to realize that if a country didn’t make anything, it couldn’t innovate.

Let’s go now to Michael Spence and Sandile Hlatshwayo, who have provided an honest report for which we should give thanks. Professor Spence could have made many millions using the prestige of his Nobel Prize to lie for the Establishment, but he chose to tell the truth.

Here is what Spence and Hlatshwayo report:

This paper examines the evolving structure of the American economy, specifically, the trends in employment, value added, and value added per employee from 1990 to 2008. These trends are closely connected with complementary trends in the size and structure of the global economy, particularly in the major emerging economies. Employing historical time series data from the Bureau of Labor Statistics and the Bureau of Economic Analysis, U.S. industries are separated into internationally tradable and non-tradable components, allowing for employment and value-added trends at both the industry and the aggregate level to be examined. Value added grew across the economy, but almost all of the incremental employment increase of 27.3 million jobs was on the non-tradable side. On the non-tradable side, government and health care are the largest employers and provided the largest increments (an additional 10.4 million jobs) over the past two decades. There are obvious questions about whether those trends can continue; without fast job creation in the non-tradable sector, the United States would already have faced a major employment challenge.

The trends in value added per employee are consistent with the adverse movements in the distribution of U.S. income over the past twenty years, particularly the subdued income growth in the middle of the income range. The tradable side of the economy is shifting up the value-added chain with lower and middle components of these chains moving abroad, especially to the rapidly growing emerging markets. The latter themselves are moving rapidly up the value-added chains, and higher-paying jobs may therefore leave the United States, following the migration pattern of lower-paying ones. The evolution of the U.S. economy supports the notion of there being a long-term structural challenge with respect to the quantity and quality of employment opportunities in the United States. A related set of challenges concerns the income distribution; almost all incremental employment has occurred in the non-tradable sector, which has experienced much slower growth in value added per employee. Because that number is highly correlated with income, it goes a long way to explain the stagnation of wages across large segments of the workforce.

What is Spence telling us?  Spence is careful not to say that globalism is the intentional result of enhancing capital’s profits at the expense of labor’s wages, but he does acknowledge that that is its effect and that globalism or jobs offshoring has the costs that Daly, Gomory, McMillion, Milliken, Goldsmith, and I have pointed out. Spence uses the same data that we have provided that proves that during the era of globalism the US economy has created new jobs only in non-tradable services that cannot be offshored or be produced in locations distant from their market. For example, the services of barbers, waitresses, bartenders, and hospital workers, unlike those of software engineers, cannot be exported. They can only be sold locally in the location where they are provided.