Upheaval in the Middle East: An Opportunity for Turkey 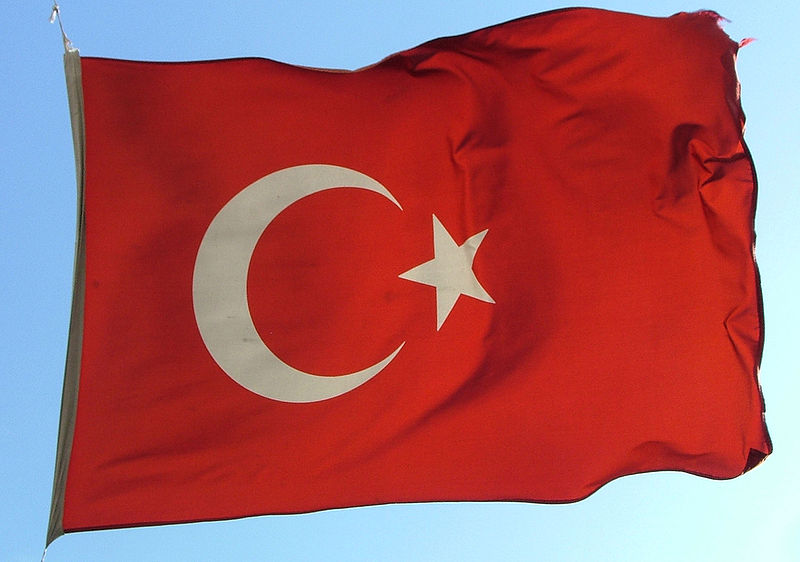 Turkey’s ongoing economic, military and foreign policy engagement with the Middle East is multifaceted. Turkey provides non-combat troops for NATO forces in Afghanistan, U.N. peacekeepers in Lebanon, and has significant trade relations throughout the region. A multitude of visa-free travel agreements has resulted in enhanced Turkish influence at a societal level, with Turkish pop music and television now widely transmitted throughout the Middle East. Turkey has embraced its neighbours, and they have responded in kind, resulting in growing Turkish influence in Middle Eastern affairs. 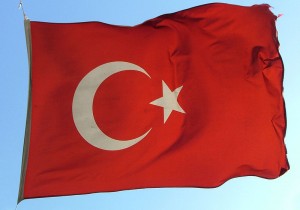 But it is in the diplomatic arena where Turkey has arguably achieved its greatest success. Turkey has been an active player in attempting to resolve disputes in the Middle East – including the nuclear talks between Iran and the West, the current political crisis in Lebanon, the Arab-Israeli divide, and proximity talks between Israel and Syria. Turkey also helped to build the Iraq National Movement coalition (which won the most seats of any party in the 2010 Iraqi parliamentary elections), and has forged closer economic and political ties with Iran. Some of these efforts have ultimately failed, but the fact that Turkey was accepted as a mediator is significant.

Turkey has maintained a delicate balancing act in maintaining a generally good relationship with Israel. The Israeli attack on a Turkish/Gaza relief flotilla in May 2010 led to a frostier relationship, but one that continues to endure. The cooling of Turkish-Israeli relations boosted support for Turkey on the Arab street, which has opened the door to an even more influential relationship with governments throughout the region. It would be wrong to view Turkey’s engagement with the Middle East and wider Muslim world as either something new, or worrying. Turkey’s ongoing engagement with the Middle East has developed gradually since the end of World War II. As Turkey’s influence has grown, the E.U. and U.S. have become more suspicious of Turkish intentions, with Turkey’s regional engagement viewed as undermining trust in the West and reinforcing anti-Turkish sentiment among some European countries, such as Austria, France, and Germany.

Some analysts contend that competing tendencies are driving Turkey’s engagement process – Neo-Ottomanism and Kemalism. Neo-Ottomanism is focused on ‘soft power’, ensuring Turkey is well-placed diplomatically, politically and economically to take on a larger role in the Middle East and beyond. Kemalism seeks to preserve the secular legacy of Turkey’s founder Atatürk, and is focused around the Kurdish nationalist threat to Turkey’s territorial integrity and regional security. Foreign relations are conducted with the goal of minimizing this threat and preserving the secular foundation of the modern Turkish state.

The Turkish strategy to broaden its influence in the Middle East is being used by other emerging powers seeking a stable neighbourhood from which to launch their bids to more global prominence. It is a strategy being used similarly by Brazil, India, and South Africa. Turkey’s ‘zero-problems’ foreign policy is not dissimilar to the E.U.’s own Neighbourhood Policy of engagement with the ‘near-abroad’ – a reason to be sceptical of those portraying Turkey as turning ‘Islamist’ or ‘to the East’.

Until the onset of the Arab Spring, Turkey’s engagement with the Middle East was  reasonably successful. But how has Turkey’s strategy worked in the context of the Middle East upheaval since December of last year? And is Turkey better placed to mediate regional conflicts with its ‘zero-problems’ approach to foreign policy?

Turkey has been as unable as other nation to steer the course of events in the Middle East and North Africa this year. It tried unsuccessfully to broker a deal in Libya, and the failure of several diplomatic missions to Damascus has led to growing frustration among Turkish government officials at their seeming impotence to influence the outcome of political change in the region. Though some analysts have described the Turkish response to events as clumsy, to be fair, it appears that no country has had any real influence in Syria, and the U.S. and E.U. looked on equally powerlessly first at Tunisia, then at Egypt, as violence erupted. U.S. motives are more suspect to many in the Middle East, who view the U.S. and having acted far more duplicitously in condemning repression in Egypt, Libya and Syria, while ignoring shameful events in Bahrain. And France was lambasted for its cack-handed response to Tunisia and subsequent over-eagerness to overthrow strongmen in Libya and the Ivory Coast. Turkey has emerged more favourably positioned than either the U.S. or France in that regard.

Given that Turkey and Syria share a border, Turkey is looking nervously over its shoulder regarding the growing repression in Syria. A new regime granting more rights and freedoms to Syria’s own Kurdish minority would not sit well with the Kemalists in the Turkish government, and with the military, who are already angry at American support for the significant autonomy granted to Kurds in northern Iraq. The behaviour of the Syrian regime has forced the Turks to deplore the violence and condemn the government, which has emboldened the Syrian opposition. Turkish fears over increased Kurdish independence in Syria are probably exaggerated as the protest movement in Syria has largely remained non-sectarian and Turkey has meanwhile been preparing for an influx of Syrian refugees.

As is the case with any other nation, Turkey’s foreign policy is guided by the principle of national interest, with the ultimate aim of its policies being to bring benefits to Turkey, not to  neighboring states. Countries with arguably more influence in the region than Turkey have also had to sit by as the Arab revolutions have played out (such as France in Tunisia and the Americans in Yemen). Turkey is not a global power on the scale of those two nations. Its ability to influence events in the region is growing, however.

In a sense, the Arab Spring came a decade too soon for Turkey. The question is, would Turkey have been in a better position to exercise influence had it not been engaged more heavily with the region since the mid-1990s? The answer is clearly no. Even if Turkey had exercised more influence on events in the Middle East over the past six months, its diplomatic, economic and cultural drive for greater integration and cooperation has certainly not hindered its ability to exercise influence.

Ultimately, Turkey is now in the same boat as the majority of Western countries – it does not know how the evolving political change in the region will ultimately turn out, whether successor regimes are likely to be pro-Western or Turkish, or what the impact on the regional power balance will be. However, the ‘soft’ diplomacy Turkey has been practising – as well as its reluctance to engage militarily or impose financial sanctions – will stand it in good stead in both eventualities. If more representative governments come to power, Turkey can argue that it participated in military or financial actions against their leaders, and that it  sought an ongoing diplomatic solution to end the violence. Thus far, there has been no reason to believe that new regimes in Tunisia and Egypt are, or will become, anti-Turkish.

Some analysts have commented that Turkey doesn’t have much to teach the emerging Middle Eastern democracies, when to us it seems that Turkey is better placed than almost any nation to advise new regimes in Tunisia, Egypt, and potentially Libya, Yemen and the Palestinian territories. Turkey is one of the few Muslim countries that has managed to achieve a meaningful balance between the competing tendencies of Islamism and secularism.

To date, there has been no evidence that Islamist political groups will come to dominate the political landscape following the Arab Spring. The Muslim Brotherhood, the largest such regional organization in Egypt, has been at pains to stress the non-Islamic nature of its support for the protest movements, and has stated on numerous occasions that it will not nominate candidates for the Presidency in Egypt. It is unlikely that a strong Islamic party could come to power in one of these emerging democracies, if only because of the lasting suspicion among their citizenry of their long-term intentions, and among the remnants of the former regimes and the military establishments, which remain highly wary of Islamist groups. Who better than Turkey, then – a secular state with an Islamist government – to advise them about how to successfully manage a competing set of ideologies.