How Many SEALs Died? 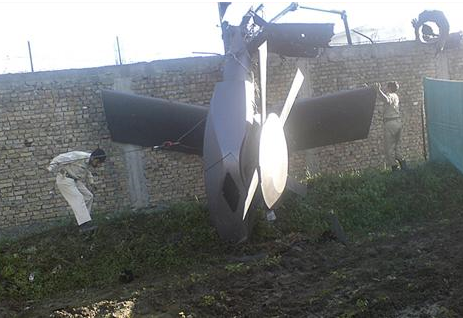 In a sensational and explosive TV report, the Pakistani News Agency has provided a live interview with an eyewitness to the US attack on the alleged compound of Osama bin Laden. The eye witness, Mohammad Bashir, describes the event as it unfolded.  Of the three helicopters, “there was only one that landed the men and came back to pick them up, but as he [the helicopter] was picking them up, it blew away and caught fire.”  The witness says that there were no survivors, just dead bodies and pieces of bodies everywhere. “We saw the helicopter burning, we saw the dead bodies, then everything was removed and now there is nothing.” 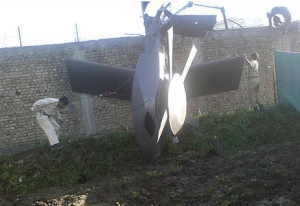 The Pakistani news report is available on YouTube. The Internet site, Veterans Today, posted a translation along with a video of the interview. Information Clearing House made it available on May 17.

If the interview is not a hoax and the translation is correct, we now know the answer to the unasked question:  Why was there no White House ceremony with President Obama pinning medals all over the heroic SEALs who tracked down and executed Public Enemy Number One?

The notion that Obama had to keep the SEALs’ identity secret in order to protect the SEALs from al Qaeda detracts from the heroic tough guy image of the SEALs, and it strains credulity that Obama’s political handlers would not have milked the occasion for all it is worth.

Other than on the Veterans Today and ICH Internet sites, I have not seen any mention of the Pakistani news story.  If the White House press corps is aware of the report, no one has asked President Obama or his press spokesperson about it.  Helen Thomas was the last American reporter sufficiently brave to ask such a question, and she was exterminated by the Israel Lobby.

In America we have reached the point where anyone who tells the truth is dismissed as a “conspiracy theorist” and marginalized. Recently, a professor of nano-chemistry from the University of Copenhagen made a lecture tour of major Canadian universities explaining the research, conducted by himself and a team of physicists and engineers, that resulted in finding small particles of unreacted nano-thermite in dust samples from the wreckage of the World Trade Center towers, in addition to other evidence that the professor and the research team regard as conclusive scientific proof that the towers were brought down by controlled demolition.

No American university dared to invite him, and as far as I know, no mention of the explosive research report has ever appeared in the American press.

I find it astonishing that 1,500 architects and engineers, who actually know something about buildings, their construction, their strength and weaknesses, and who have repeatedly requested a real investigation of the destruction of the three WTC buildings, are regarded as conspiracy kooks by people who know nothing whatsoever about architecture or engineering or buildings.  The same goes for the large number of pilots who question the flight maneuvers carried out during the attacks, and the surviving firemen and “first responders” who report both hearing and personally experiencing explosions in the towers, some of which occurred in sub-basements.

A large number of high-ranking political figures abroad don’t believe a word of the official 9/11 story. For example, the former president of Italy and dean of the Italian Senate, told Italy’s oldest newspaper, Corriere delia Sera, that the intelligence services of Europe “know well that the disastrous [9/11] attack has been planned and realized by the American CIA and the [Israeli] Mossad . . . in order to put under accusation the Arabic Countries and in order to induce the western powers to take part in [the invasions].”

Even people who report that there are dissenting views, as I have done, are branded conspiracy theorists and banned from the media. This extends into the Internet in addition to newspapers and TV.  Not long ago a reporter for the Internet site, The Huffington Post, discovered that Pat Buchanan and I are critics of the Iraq and Afghanistan invasions. He was fascinated that there were some Reagan administration officials who dissented from the Republican Party’s war position and asked to interview me.

After he posted the interview on The Huffington Post, someone told him that I was not sound on 9/11.  In a panic the reporter contacted me, demanding to know if I disbelieved the official 9/11 story.  I replied that being neither architect, engineer, physicist, chemist, pilot, nor firefighter, I had little to contribute to understanding the event, but that I had reported that various experts had raised questions.

The reporter was terrified that he might somehow have given a 9/11 skeptic credibility and be fired for interviewing me about my war views for The Huffington Post. He quickly added at the beginning and, if memory serves, ending of the posted interview words to the effect that my lack of soundness on 9/11 meant that my views on the wars could be disregarded. If only he had known that I was unsure about the official 9/11 story, there would have been no interview.

One doesn’t have to be a scientist, architect, engineer, pilot or firefighter to notice astonishing anomalies in the 9/11 story. Assume that the official story is correct and that a band of terrorists outwitted not only the CIA and FBI, but also all 16 US intelligence agencies and those of our NATO allies and Israel’s notorious Mossad, along with the National Security Council, NORAD, air traffic control and airport security four times in one hour on the same morning. Accept that this group of terrorists pulled off a feat worthy of a James Bond movie and delivered a humiliating blow to the world’s only superpower.

If something like this really happened, would not the president, the Congress, and the media be demanding to know how such an improbable thing could have happened? Investigation and accountability would be the order of the day. Yet President Bush and Vice President Cheney resisted the pleas and demands for an investigation from the 9/11 families for one year, or was it two, before finally appointing  a non-expert committee of politicians to listen to whatever the government chose to tell them. One of the politicians resigned from the commission on the grounds that “the fix is in.”

Even the two chairmen and the chief legal counsel of the 9/11 Commission wrote books in which they stated that they believe that members of the military and other parts of the government lied to the commission and that the commission considered referring the matter for investigation and prosecution.

Thomas Kean, chairman of the 9/11 Commission, said: “FAA and NORAD officials advanced an account of 9/11 that was untrue . . . We, to this day don’t know why NORAD told us what they told us . . . It was just so far from the truth.”

Vice Chairman Lee Hamilton said: “We had a very short time frame . . . we did not have enough money . . . We had a lot of people strongly opposed to what we did. We had a lot of trouble getting access to documents and to people. . . . So there were all kinds of reasons we thought we were set up to fail.”

As far as I know, not a single member of the government or the media made an issue of why the military would lie to the commission. This is another anomaly for which we have no explanation.

The greatest puzzle is the conclusion drawn by a national audience from watching on their TV screens the collapse of the WTC towers. Most seem satisfied that the towers fell down as a result of structural damage inflicted by the airliners and from limited, low-temperature fires.  Yet what the images show is not buildings falling down, but buildings blowing up. Buildings that are destroyed by fires and structural damage do not disintegrate in 10 seconds or less into fine dust with massive steel beams sliced at each floor level by high temperatures that building fires cannot attain. It has never happened, and it never will.

Conduct an experiment. Free your mind of the programmed explanation of the towers’ destruction and try to discern what your eyes are telling you as you watch the videos of the towers that are available online. Is that the way buildings fall down from damage, or is that the way buildings are brought down by explosives?  Little doubt, many Americans prefer the official story to the implications that follow from concluding that the official story is untrue.

If reports are correct, the US government has gone into the business of managing the public’s perceptions of news and events. Apparently, the Pentagon has implemented Perception Management Psychological Operations. There are also reports that the State Department and other government agencies use Facebook and Twitter to stir up problems for the Syrian, Iranian, Russian, Chinese, and Venezuela governments in efforts to unseat governments not controlled by Washington. In addition, there are reports that both governments and private organizations employ “trolls” to surf the Internet and to attempt to discredit in blogs and comment sections reports and writers who are out of step with their interests. I believe I have encountered trolls myself.

In addition to managing our perceptions, much is simply never reported. On May 19, 2011, the fourteen-decade-old British newspaper, The Statesman, reported that the Press Trust of India has reported that the Chinese government has warned Washington “in unequivocal terms that any attack on Pakistan would be construed as an attack on China,” and advised the US government “to respect Pakistan’s sovereignty.”

As trends forecaster Gerald Celente and I have warned, the warmongers in Washington are driving the world toward World War III.  Once a country is captured by its military/security complex, the demand for profit drives the country deeper into war. Perhaps this news report from India is a hoax, or perhaps the never-diligent mainstream media will catch up with the news tomorrow, but so far this extraordinary warning from China has not been reported in the US media. [I had it posted on OEN.]

The mainstream media and a significant portion of the Internet are content for our perceptions to be managed by psy-ops and by non-reporting. This is why I wrote not long ago that today Americans are living in George Orwell’s 1984.