The Tide Has Turned in Favor of the Assad Government 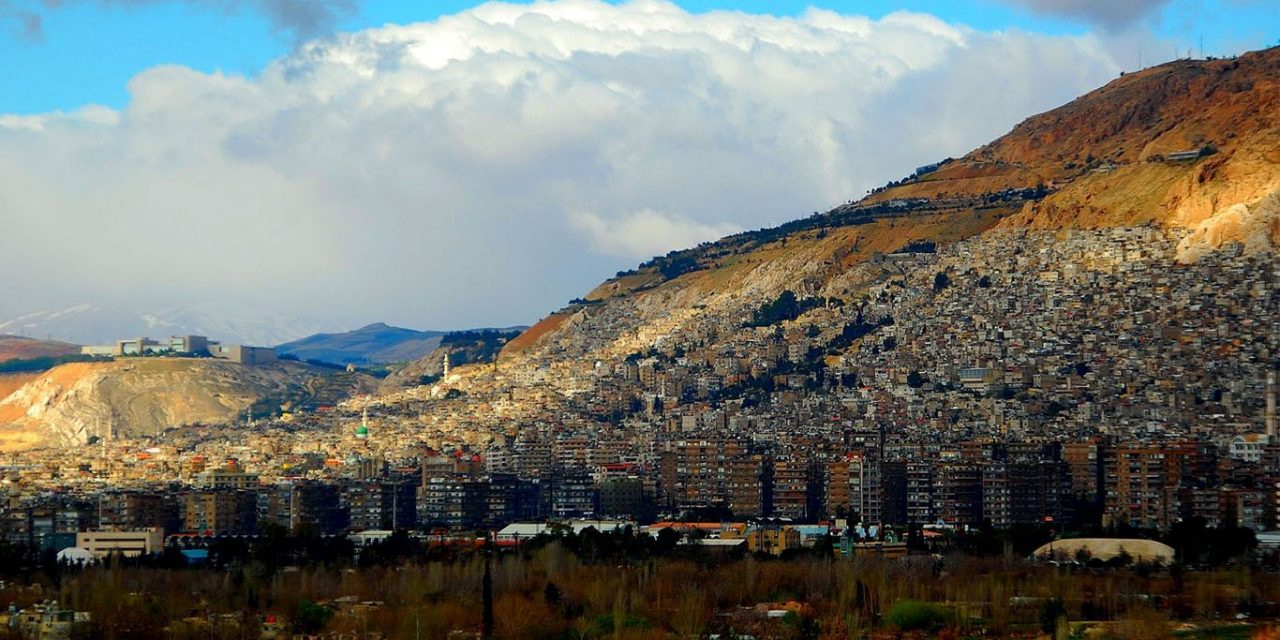 DAMASCUS — As many of us observe the great Arab and Islamic awakening of 2011 in stunned amazement, as it rapidly spreads across the region,  this observer agrees with those who declare, “well it’s about time—Godspeed  to the  rebels and goodbye to the despots.”

Indeed, most of the despots had been installed and propped-up by the US government and its allies without many American citizens’ awareness or liking. 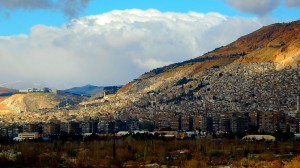 What I continue to find in Syria and what I saw during my first 24 hours in Damascus shocked me.  It was not at all what one expected to find having read a fair bit of the Western and some of the Arab media reports, and arriving from the Syria-Lebanon border at Maznaa.

One expected to see fear, tension, and people hiding in homes, ubiquitous police and partially hidden and disguised security personnel in the shadows, watching from behind tinted glassed cars, curtained windows and from roof tops. I expected to see military vehicles, empty streets after dusk, reticence to discuss politics, tense faces on the streets.

None of this was to be seen in Syria’s capital and villages to the west.

Today, Damascus is as it always has been during my visits, bustling, clean, parks filled with families and couples, ubiquitous green spaces with beautifully planted and manicured gardens, packed outdoor cafes and coffee houses with young and old seemingly discussing any subject including current events and appearing very much at ease.

The streets of parts of Damascus as late as two in the morning appear like Georgetown on a Friday night. Of course, it did not take long for an American acquaintance to say precisely what I was thinking:  “which American city would anyone feel as carefree and comfortable meandering around at any hour of the day or night with no policeman in site, as in Damascus.  Not my city for sure!”

Life in Damascus, even during this period, is a far cry from Beirut in many aspects, including the welcomed fact that Damacene drivers do not insanely honk their horns constantly and insult one another, people actually wear seat belts, drivers stop for red lights and don’t always race their cars if they see 20 feet of unoccupied road space ahead of them, and drivers here seem to respect pedestrians and don’t appear to frantically search for every chance to gain an inch on the vehicles next to them by  quickly cutting in front and  pretending not see the other driver.

In short, Damascus appears energetic, but relaxed and tension free.

Exactly what is going in some parts of Syria cannot easily be reliably known to foreigners given the sporadic and unverified, often politically skewed reports, but it is clear that the areas visited are normal, at least on the surface.

While lunching this week with old and new friends in a house that was built in 1840  in the heart of Old Damascus and its Souks, near Hamman Al Bakra,  and restored in the mid- 1990’s to its original authenticity, one could not help recalling what history teaches about this special ancient place known for tolerance.

Located near the Jewish quarter of Damascus, we enjoyed a truly divine meal of Mukabbelat (seemingly endless plates of delicious Syrian oeuvres) near an old Synagogue, next to a 12th century Mosque and around the corner from a Byzantium Church.  An old Jewish man taught us with his stories about the brotherliness that existed in this region before the 19th century Zionist colonial enterprise glopped itself onto Palestine and commenced modern history’s most sustained criminal campaign of ethnic cleansing, now in its 7th decade.

Americans in Syria I spoke with, some tourists and a number of students studying Arabic are not alarmed by the ‘travel warnings’ issued from the US Embassy advising them to leave. As in Lebanon, Americans here learned long ago that Embassy warnings for them to leave or not visit appeared more related to periodically punishing Lebanon and its economy for supporting the   Hezbollah-led resistance than concern for the safety of US citizens. More times than the State Department wants to admit, both Hezbollah and the Syrian government have not only protected US citizens, but also US Embassies as they seek stability in both countries.

With respect to protecting and evacuating Americans from danger in the region, some bright student will, one of these days, write an MA-quality thesis on the US State Department’s own performance during the July 2006 war. The research will presumably detail how American citizens were left stranded—particularly, but not solely in the Tyre region of South Lebanon. There is much available data on how those Americans most in need of departure assistance, while sheltering from American bombs and US artillery shells gifted to Israel, got short shrift form their government.

Embassy Beirut failed in 2006, even to publicly protest their bombardment as the huddled Yanks at Tyre port waited for a promised US destroyer to evacuate them. When an American craft finally approached the harbor, it hastily turned tail 180 degrees because the Israeli government ignored US entreaties to “let our people go.”   Memories are still clear and feelings still raw as American citizens recall panicked calls from Tyre to Embassy Beirut and  the notorious American Citizen Services staffer “John” shouting at desperate Americans to “God damnit, stop tying up our phone lines” and to “make your own way to Beirut.”  “John” may not have known that the Israelis were targeting convoys of civilians who were desperately trying to do the latter.

Currently, some US citizens in Syria express cynicism about their Embassy issuing “warder travel advisories.”  While perhaps generally well meaning, pessimism persists about their real purpose, which, in the case of Syria, are widely believed to be just another political sanction aimed at squeezing the Assad government to stop supporting the Resistance to Israel’s occupation of Palestine. Both the US and Syrian governments know that these “travel advisories” deprive the Syrian economy of millions of dollars per day and much more during the current tourist season.

The Americans we met all agreed that beautiful Damascus this spring in a great place to be.

The US and its allies, despite good/bad cop statements from President Obama and Secretary of State Clinton, appear to agree with Russia and China that the Assad regime should be pressured to make broad reforms and end corruption but that regimes change is unwarranted, illegal and extremely ill advised.

The Assad government appears to have weathered the current storm.

Many of the demands from outside of Syria for reforms are the same ones that are heard from Baath party officials, and Ministers of the Assad government and from Syrian citizens in many walks of life, including students at the Law and Medical colleges in central Damascus.

Several high rankling Syrians, particularly in the offices that work in press, printing, publishing and distribution of government information cogently explained that President Assad himself is leading the fight within the regime for meaningful change and that a majority of the population supports him and want to help change Syria for the better.

Talking with a range of Syrian citizens, one senses a general willingness to believe their President and certain of his advisers and to allow the regime a little more time to make good on its promises.

Syrian Information Minister Adnan Mahmud declared on May 13 that “the coming days will witness a comprehensive national dialogue in various Syrian provinces.” The Syrian cabinet is currently preparing to execute a “comprehensive program of political, economic and social reform to serve the people’s interest,” he said in a press conference, according to the official Syrian Arab News Agency (SANA).

“In light of the situation that has erupted in some provinces due to armed groups’ killing citizens, terrorizing residents and burning public and private property …  army, police and security units have been sent to hunt down those carrying weapons.”

Mahmud also said that the besieged protest epicenter Daraa is not in need of any kind of supplies, adding that “we notified the UN that there is no need for any aid in Daraa.”

Bashar Assad’s regime will likely survive, despite some foreign efforts to capitalize on domestic Syrian problems.

One editor of a major Syrian newspaper expressed sentiments that one hears from other Syrian officials and citizens alike:  “We know we must change and please believe me when I say we want change more than you know. We have made mistakes. If our brothers and sisters who are overwhelmingly Syrian patriots will work with us and not turn to anarchy we can bring the change that all of us demand without more delay.”