Soros and the State Department: Moving Iran towards the Open Society 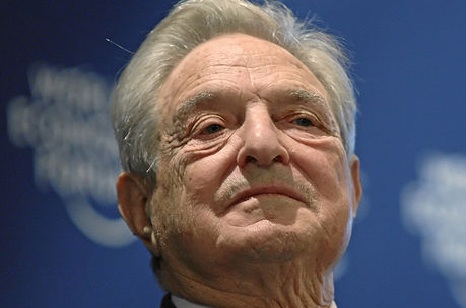 As the regimes in Egypt and Tunisia fall, and fighting breaks out across Libya, billionaire philanthropist and investor George Soros saw it fit to provide his insight into the situation. Iran will be overthrown “in the bloodiest of revolutions,”[1] Soros says of the turmoil fueled by economic inequality and government corruption. At a glance, he has hit the nail on the head. Since early February, remnants of the 2009’s Green Movement, inspired by the cries for democracy in Iran’s neighboring countries, have taken to the streets in a series of protests. Mir Hossein Mousavi, the opposition candidate in the widely contested election of 2009, has stood firm in his support of the protestors, despite calls for death from more hard-line members of the Iranian parliament. 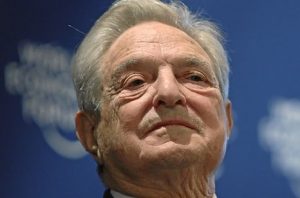 Tellingly, a little under a year ago, Iran’s Intelligence Ministry issued a decree banning some sixty organizations from the country, including the state department-funded Freedom House, Soros’ own Open Society Institute (OSI), and the Soros-financed Human Rights Watch (HRW).[2] These three organizations, along with the US’s Voice of America (VOA) radio program, and the Amsterdam-based Radio Zamaneh, all stand accused by the regime as being part of a campaign to incite unrest in the country, with the eventual goal of regime change. Western media latched onto the issue, using the banning of human rights organizations as yet another example of the regime’s despotism and ruthlessness. Tini van Goor, a Dutch NGO specialist, told Radio Free Europe/Radio Liberty (RFE/RL) that “it is simply nonsense what they say that we have an agenda of regime change or whatever.”[3] However, the media neglects to mention the role of Soros and his Open Society Institute in various examples of US-backed regime change around the world.

Soros’ cooperation with US foreign policy dates back to at least the 1980s, when Poland’s grassroots Solidarity trade union began its fight for freedom against the Soviet Union’s bureaucratic economic model. Seeing a perfect medium for waging a proxy war against the communist power, the United States began to funnel money into the uprising by way of the CIA, the National Endowment for Democracy (NED) and the AFL-CIO labor union.[4] Soros and the young OSI assisted in the effort, granting $3 million a year to the dissidents.[5] Direct financial support to Solidarity aside, Soros would take a closer interest in the events; in 1989, the philanthropist would bankroll a small team consisting of Jeffery Sachs and several IMF economists.[6] With the newly liberated country flailing in financial free-fall, the Sachs team sought to help Polish policy makers formulate an economic reform plan to quell the unrest and effectively modernize the country.

Throughout its struggle, Solidarity had adhered to a strict socialist platform, calling for participatory democracy, worker’s rights, and a transformation of the large state-run enterprises into smaller worker cooperatives managed by organized councils.[7] By the time Sachs’ Soros-backed team was through with the country, none of these dreams were to be realized. The final nail in Poland’s utopian coffin was when Sachs arranged a $1 billion IMF loan to the nation, replacing worker’s cooperatives with capitalist-oriented private enterprise, and traded protectionist trade policies with borders open to foreign competition and investment. The result was skyrocketing unemployment levels and unemployment, eventually leading to an incredible backlash where the population took the streets, demanding a halt to the liberalization of their economy.

Soros and the OSI’s continued work with the State Department is far more recent. The “color revolutions” of Eastern Europe—2003’s “Rose Revolution” in Georgia and 2004’s “Orange Revolution” in Ukraine—attracted funding for the youth-based protests from NED, mainly through its National Democratic Institute and Freedom House. The OSI also distributed significant funds to the protest movements: Soros reportedly spent $42 billion in Georgia,[8] while in Ukraine, the OSI provided financing, training, and networking opportunities to the activists. In both cases, the revolutions were successful, heralded around the world as a “new wave in democracy.”

Shades of the aftermath of Poland’s Solidarity can be seen repeating in the wake of the Rose and Orange Revolutions. The IMF described the events in Georgia as “a corporate governance revolution aimed at boosting economic revival through zero tolerance of corruption, fast-track economic reform, privatization and the prioritization of foreign direct investment.”[9] The result of the pro-western government’s new economic stance was a rapid rise of the price of living, and by 2006, Georgia saw the highest unemployment rates in the former states of the Soviet Union. Similarly, the World Bank handed recommendations to the new Ukrainian government for neoliberal market reforms, citing Swedish economist (and close friend of George Soros) Anders Åslund’s calls for “re-privatization.”[10]

Iran would certainly be a natural target for those wishing to spread free-market capitalism: the Islamic Republic centrally plans large portions of its economy, has an expansive public sector, implements price controls, and provides food subsidies for the poorest citizens. Most significantly, perhaps, is that Iran’s powerful oil industry is nationalized, placed in the hands of the state. Before the ill-fated elections of 2009, Mir Hossein Mousavi opposed the country’s quasi-socialist model, calling for the privatization of state-run industry and the abandoning of their “alms-based economy”—a stark contrast to Mahmoud Ahmadinejad, who would carry the votes of the poorer sections of the population because of his social safety net programs.[11]

Following Mousavi’s supposed defeat, the youth of the country took to the streets as part of Green Movement, accusing the regime of rigging the election in Ahmadinejad’s favor. Notoriously brutal against dissidents, the government unleashed a violent crackdown on the protestors, resulting in many dead and many more imprisoned. One individual in the multitude of protestors that wound up in Iran’s jail system was Kian Tajbakhsh; he would subsequently be charged for multiple counts of espionage and is now facing a twelve year prison sentence. The media passively reported that Tajbakhsh was not only a consultant for the Open Society Institute, but a subscriber the Gulf/2000 Project mailing list. Described as “an international research project on political, economic and security developments in the Persian Gulf,” the Gulf/2000 Project was established by former Deputy Director for International Affairs at the Ford Foundation, and HRW director Gary Sick. The project operates out of Columbia University and receives funding from familiar grant-making apparatuses such as the Ford Foundation, the Rockefeller Foundation and the OSI.

There are other shadowy traces of the OSI to be found in Iranian unrest. As the protests of 2009 escalated and the subsequent crackdowns becoming increasingly more violent, dissidents downloaded 3,487 Farsi translations of the seminal “From Dictatorship to Democracy” from the internet, an activist’s training manual written by Harvard professor Gene Sharp.[12] The manual, utilized by the protestors in the Rose and Orange revolutions for its pragmatic instructions on how to stage effective, non-violent coups, is distributed by Sharp’s Albert Einstein Institution, itself a recipient a funds from NED and it’s conservative-leaning subsidiary, the International Republican Institute (IRI).[13] Sharp has admitted that his institute received financing from the OSI for the translation of “From Dictatorship to Democracy” into multiple languages.[14]

Following the distinctive pattern that can be seen here—a youth-based, nonviolent revolt with a color code-name, the aura of capitalist-style market reforms, and the presence of the OSI—it is not surprising that in Iran, like Poland, Georgia, and Ukraine, the close proximity of NED can be found. “There’s talk of a ‘green revolution in Iran,'” wrote conservative journalist Kenneth R. Timmerman in an op-ed just several days before the election results were to be announced.[15] He continued:

The National Endowment for Democracy has spent millions of dollars during the past decade promoting “color” revolutions in places such as Ukraine and Serbia, training political workers in modern communications and organizational techniques.

Some of that money appears to have made it into the hands of pro-Mousavi groups, who have ties to non-governmental organizations outside Iran that the National Endowment for Democracy funds.

Timmerman holds a special interest in Iran—he’s the executive director of the Foundation for Democracy in Iran, a “US-based Iranian dissident organization” that incidentally receives funding from NED.

In 2009 alone, NED had set aside $674,506 in grant money for Iranian activities (though in previous years, it had granted as much as $4,898,000).[16] NED receives the money from United States Agency for International Development (USAID), which “for the last year been soliciting applications for $20 million in grants to ‘promote democracy, human rights, and the rule of law in Iran,’ according to documents on the agency’s website.”[17] In 2008, the majority of USAID money designated for Iranian ‘democracy building’ that flowed to through the Endowment went to the Center for International Private Enterprise, the Chamber of Commerce’s free market development foundation. Other portions of the money went to the “Research Initiative for Contemporary Iran,” the “Abdorrahman Boroumand Foundation,” and the “Association for Civic Society in Iran.” 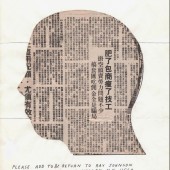 Edmund Berger is an independent researcher and writer. He can be reached at Edmund.B.Berger [at] gmail.com.