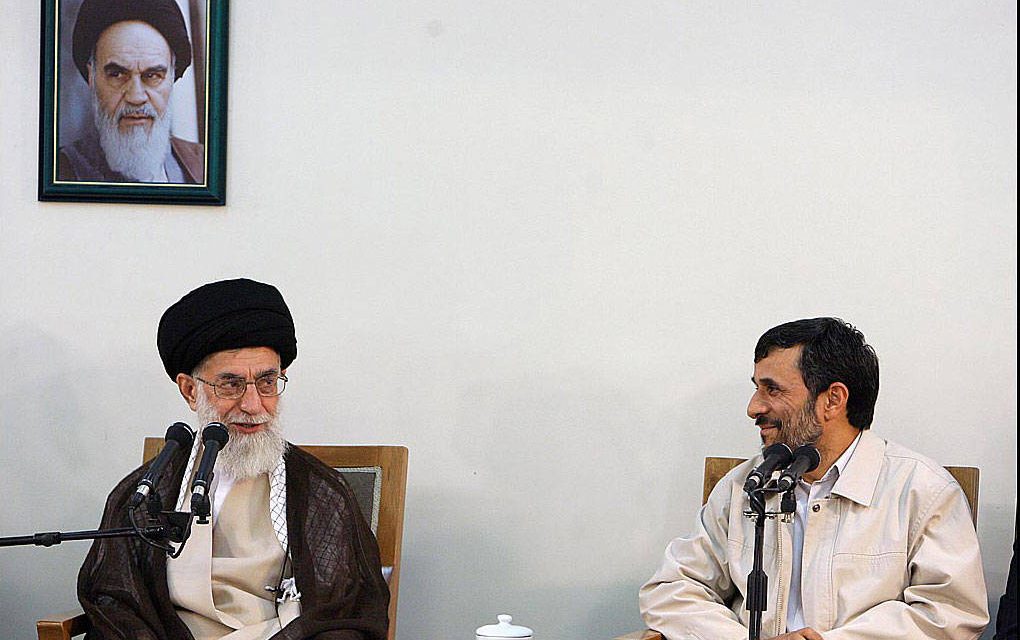 For approximately three weeks, an increasing disagreement between the Iranian supreme leader, Ayatollah Khamenei, and the Iranian president, Mahmoud Ahmadinejad, has been apparent. The crux of the disagreement is the presidential dismissal of the Intelligence Minister Heidar Moslehi according to specific terms of the Iranian constitution and his subsequent reinstatement by the supreme leader via a general interpretation of the constitution. The dispute was supposed to end with Ahmadinejad’s return to office, after 10 days’ leave. However, both Ahmadinejad and Moslehi were present in the cabinet session of May 8, and since then no obvious gesture of presidential adherence to the supreme leader’s decision has been forthcoming. Presidential resistance to the supreme leader is a taboo in Iran and has not occurred for 32 years, even during the reformist era. Likewise, for the supreme leader to directly reinstate a minister who has been dismissed by the president is unprecedented. 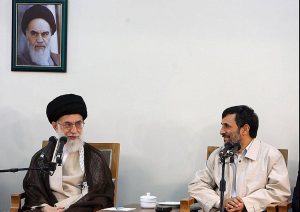 At the same time, Iranian member of parliament Ali Motahari has been gathering signatures for a bill to summon Ahmadinejad to the parliament for questioning, which is in all reality a prologue for impeachment. Indeed, Motahari has announced the required signatures are now ready. All that remains is permission from the supreme leader to proceed accordingly.

Ahmadinejad, on the other hand, remarked in his first attendance at cabinet meeting on the controversy of the intelligence minister’s dismissal and reinstatement, “There are some reasons for my (several-days’) stay at home, which I will keep to myself, because some things must be kept to one’s self.”

Yet the Moslehi’e row has not been finished while another row has been started. This time, the confrontation between the supreme leader and the president has been manifested through proxy clash. Ali Larijani, an Iranian parliament speaker who has a close relationship with Ali Khamenei and usually reflects his viewpoints, publicly accused the president of “breaching the law” by not executing parliamentary procedures on the merger of ministries. At the center of the row are government proposals to merge several ministries, so as to reduce their numbers to 17 from 21 in accordance with a law which already has been approved by the parliament. Ahmadinejad, in response, lashed out at Larijani, saying parliament should mind its own business. “The respected speaker of the parliament apparently thinks that he is the manifestation of the law, but this is not a true assumption”. Meanwhile, Iran’s powerful Guardians Council, the body appointed by Khamenei that oversees the electoral process, as well as laws passed by the parliament, has supported the assembly in the issue, which left no doubt that indirect clash between Ayataollah Khamenei and Ahmadinejad has been erupted.

This divergence between the supreme leader, who can claim a monopoly and veto of all political powers, and a politically powerful president, has demonstrated that Ahmadinejad’s team is gearing for a predominantly powerful role in Iranian governance in the future, which is unacceptable to Mr. Khamenei and other conservatives of this republic’s political system. In the absence of the reformists, Ahmadinejad’s team reasons a victory is likely in the future parliamentary (2011) and presidential elections (2013). In fact, Mr. Ahmadinejad thinks the votes he personally registered over two rounds of the previous presidential elections were cast primarily for him rather than his political wing; allowing him to count on those votes again. He has after all, been able to gain the partial support of the lower classes through his administration’s distributive justice in villages and deprived areas – a motto for justice, reflecting the president’s simple lifestyle, and his distributive justice through subsidies paid directly to some Iranians. The president’s advisors however, believe these are not enough to win the next elections. Ahmadinejad’s ‘winning card’ apparently, is to attract the support of the silent people, dissidents of the last presidential election such as the Green Movement and the Iranian middle class. While it’s implausible he would get the entire Green vote, it is possible he could gain some of it. Ahmadinejad’s reasoning is to attract this silent group through cultural leniency and by challenging the supreme leader and the conservative-dominated Parliament via his policies. It is for this reason that he now believes he can get at least 35 million votes in any likely elections.

To be sure, one of reasons of this escalating confrontation concerns the US-Iran relations. Esfandiar Rahim-Mashaei, Ahmadinejad’s closest advisor, who is rumored to be his chosen successor in the next Iranian presidential elections, has already initiated a series of indirect contacts to demonstrate positive signals to America. Regardless of what the American reaction is, Mr. Khamenei and his allies remain sensitive to any moves by Rahim-Mashaei. Accordingly, the political identity of the supreme leader and his close allies could become defined by anti-Americanism; logically, they would be cynical of any reconciliation gestures by the people such as Rahim-Mashaie.