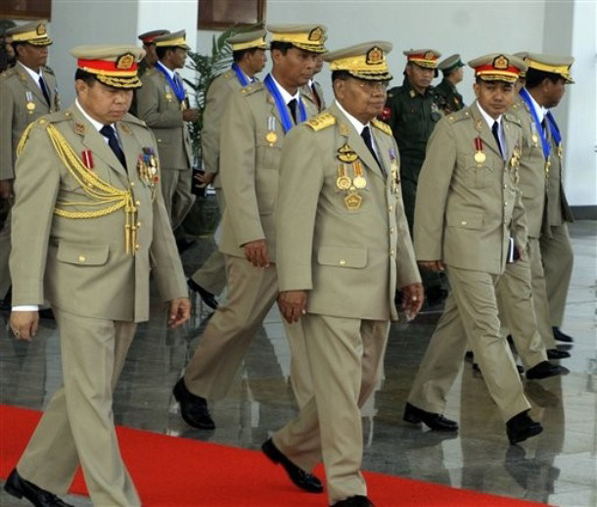 Will Democracy ever come to Burma?

“In Burma, the uprising could happen any time, and form anywhere.  All of the people are angry. Now, we are afraid. But like a volcano, it could explode at any time.” — Burmese intellect in exile.

I recently had the opportunity to interviewing a Burmese intellectual in self-imposed exile, working for exile media. Although far away from home, he keeps a constant eye on his country, hoping some day, to return to a democratic Burma.

The interview began with me asking the exile to fill me in about the Burma situation, as it had been a few years since I had been reporting on it. I knew that there were a lot of new factions fighting in the war, or some old factions, who had stopped, but had recently returned to active hostilities. 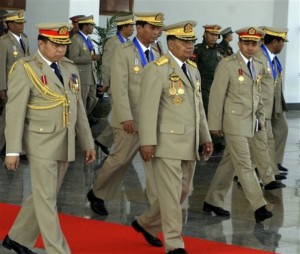 When I was reporting in 2007 and 2008, the DKBA (Democratic Karen Buddhist Army) had a cease fire with the Burmese government (SPDC) forces.

The exile explained: During the cease fire, the DKBA kept their arms and uniforms, but could run businesses under the SPDC. For example, traders would buy second-hand cars in Thailand, and send them to Burma (without paying government import taxes). The DKBA would protect the car as it passes through their area, and then collect tax for the shipment.

Before the election, the regime wanted them to join the Burmese Border Guard Force (BGF). They didn’t want to do that, because BGF is just a branch of SPDC. They would have to change their uniforms and everything. And if they joined BGF they would come under Burmese control. The highest that a Karen officer could be was a major. The Lt. Colonel or Colonel would be assigned by the military regime.

So, they didn’t all accept that. A DKBA officer, Colonel Saw La Pwe (called Bo Moustache) formed a separate, splinter group. They refused the border guard jobs and are now fighting against SPDC. Other groups joined the BGF.

Other groups began their conflict again on the first day of the elections, partly because they didn’t accept the BGF, and also because Aung San Suu Kyi hadn’t been released yet at that point.

Every cease fire group was offered BGF. If they refuse, then they have to start fighting again, against SPDC. Many groups returned to the jungle, to a state of armed conflict. Some of the other groups accepted it.

Some groups refused, like New Mon State Army. They claimed overnight to have raised 10,000 troops. Basically, it was their cease-fire army that moved from cease-fire to actively fighting.

There are three kinds of ethnic groups: cease-fire, actively fighting, or political wing.

For example, SSA South has been in a constant state of war with SPDC, but the SSA North was in a state of cease fire with the SPDC. Now the SPDC has surrounded the area of the SSA North, restricting their movement and efficacy. But the SSA North haven’t officially started fighting back yet.

Not all of the ethnics are able to raise an army.

I heard from some Mon leaders that it has been ten years since they last fought. When the proposition came on the table to fight again, they said, “No, I live on the border. I have a family. I have a business.” They weren’t ready to go back into the jungle again.

All of the fighting and cease-fire and movement is on the Thai side of Burma. But for the Chin and Arakan, ethnic groups on the Indian and Bangladesh borders, they have no strength. Their armies are very small. They can’t get supplies. There are almost no aid groups on that side. They are nearly powerless to fight.

Antonio: Historically, although most of Burma’s inhabitants seem to hate their government, the armed resistance groups, have been composed of ethnic minorities, not Burmans.

Exile: There doesn’t seem to be an armed Burmese group, but there have been conflicts inside of the army. Than Schwe ousted one senior general. He ordered many generals to change to be civilians and then accept government positions like ministers in the government. And this left only a handful of powerful generals in the army. Like the general everyone said he would be, Than Schwe’s successor or Commander of the joint chiefs of staff. As of right now, Than Schwe holds every position, head of government, as well as head of armed forces.

We all know government ministers have no power, so the general asked Than Shwe to let him back to the army. Then Than Shwe placed him under house arrest.

Antonio: In 2007, it looked like dissent inside of the military was reaching such a level that many people hoped their might be coup. Now, I don’t seem to hear that as often.

Exile: Before, it seemed there was some movement inside of the army. But then there was a crackdown, and even this hope, of the army crumbling, is waning. But in the past, low level soldiers often ran away. Now, we hear stories about high ranking officers running away. But they are afraid to trust Thai officials.

Antonio: Even if military men run away from the army, it may be difficult for them to join the rebels and fight. The SSA doesn’t usually accept Burmans, even if they hate the SPDC and ask to join up and fight. But the Karen (KNLA) have been known to either accept Burmans or help them get into a refugee camp.

Did you vote in the elections?

Exile: No, the embassy didn’t offer us that opportunity. They only informed government workers that they could vote, but not civilian Burmese. But even if they had offered, I didn’t want to vote in their election.

I remember the 2008 constitution vote, back in my village. In every village, there is a representative who represents ten homes. Then there is the leader of the village. When they go to vote, the local leader just voted for any old people who couldn’t vote or Burmese who were working or studying abroad. He never asked how we wanted to vote. He voted for the SPDC in our names. I assume the embassy did the same thing.

The election was a sham. By our law, they have to count the votes twice. The first time they counted, the democratic party won. The government was angry. “Count again,” they said. Suddenly they found more votes, counted again, and the democratic group lost. They said that voter turn out was 97%, but I don’t believe it. For example, army and government staff have no right to vote. In the army, only their leader, as representative, votes on their behalf. So, the colonel has 900 votes, and he votes for the SPDC. At the government office, the vote paper is on the desk of the director. You have to mark the paper in front of him, no privacy. So, there is no chance to vote how you want. And there are no outside observers.