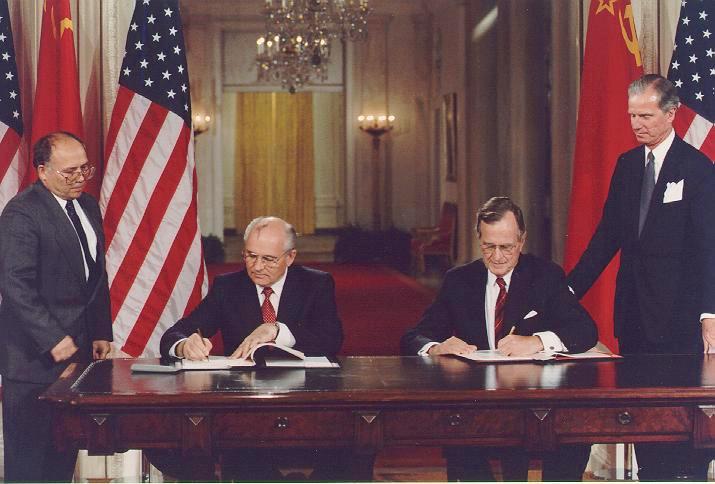 Among the “partners of the Foundation,” along with Green Cross, etc., is the New Policy Forum, founded in 2010 by Gorbachev as successor to the World Policy Forum. This has precisely the same intent as other globalist forums such as the Bilderberg Group, Trilateral Commission, and CFR: “…to bring together current political leaders, veterans of international politics, intellectuals and civil society representatives in a common effort to develop new ideas and new policies for the XXI century.”

The main priority of the New Policy Forum at its initial stage is: Considering issues relating to global governance. Sovereignty issues and efforts to diminish the negative impact of decisions taken at the government level and having global repercussions. The role and the future of European development in the contemporary world.

The NPF was launched in Luxembourg in 2010, with the first meeting of its Academic Advisory Board, which includes “prominent experts, scholars and mass media figures.”

Gorbachev’s political future in Russia was dim, and he became an unpopular figure, to the extent that he was feted by Western politicians.[64] Although the reconstructed Communist Party under Zyuganov – which looks more to Stalin than to Lenin and champions Russian traditionalism, including the Orthodox Church[65] – emerged as the largest party in the Duma, Yeltsin won the presidency with the help of an abundance of funds from oligarchic supporters.[66] Gorbachev’s future clearly rests not within the confines of Russia, but as a luminary on the world stage as an international statesman promoting a “new world,” and as a zealot for the reanimated corpse of 19th Century “economic liberalization” that over the past several decades has become a fad with ex-socialists. Hence Gorbachev, like other globalist high-fliers, is not bound to any nation, let alone a political party, and has developed a worldwide network that appears to be just as extensive as that of George Soros, NED, Freedom House, and others, for the purpose of undermining the sovereignty of states, with a focus on Russia.

Gorbachev has delivered an ultimatum to Putin, several weeks after similar comments by NED’s Gershman, not to stand for presidential re-election, or else there will be “social unrest.” Russia’s interregnum along the globalist path under Gorbachev and Yeltsin was brief. As with the rise of Stalin, Russia again has shown herself to be untrustworthy in following the “right direction” according to the requirements of international capital.

[2] “America is the only nation in history which miraculously has gone directly from barbarism to degeneration without the usual interval of civilization.” George Clemenceau, Prime Minister of France.

[6] Turner, like all good billionaires, has his own globalist network. This includes the United Nations Foundation and the Better World Foundation. Turner Foundation Inc., http://www.turnerfoundation.org/about/ao.asp

[9] German Jewry was the most assimilated and nationally patriotic of any Jewish entity in the world, right up until the advent of Hitler. Zionists got a poor hearing among German Jews, and the Jewish population, anti-Semitic claims to the contrary, had figured heroically in World War I, and were prominent in the German Right (e.g. Stahlhelm, National People’s Party), despite the conspicuous appearance of Jews among communists and other anti-national groups. If it wasn’t for Hitler’s anti-Semitic policy, Zionism would have gotten nowhere among German Jews, which explains why the Zionists tended to have an optimistic view of Hitler’s rise. (See Lenni Brenner, Zionism in the Age of the Dictators (Westport, Connecticut: Lawrence Hill, 1983). A good book on the history of German Jewry is: Amos Elon, The Pity of it all: A History of the Jews in Germany 1743-1933 (New York: Metropolitan Press, 2002).

[10] Jacob Schiff of Kuhn, Loeb and Co., for example, stated in messianic terms of the Menshevik Revolt: “May I through your columns give expression to my joy that the Russian nation, a great and good people, have at last effected their deliverance from centuries of autocratic oppression and through an almost bloodless revolution have now come into their own. Praised be God on high! Jacob H. Schiff.” “Jacob H Schiff Rejoices, By Telegraph to the Editor of the New York Times”, New York Times, March, 18, 1917. The globalists must have felt much the same way when Gorbachev sabotaged the USSR.

[11] Y Ivanov, Caution: Zionism! Essays on the Ideology, Organisation and Practice of Zionism (Moscow: Progress Publishers, 1970). The entire document is online at: http://home.alphalink.com.au/~radnat/zionism/preface.html

[16] Jack Kemp, et al, Russia’s Wrong Direction: What the United States Can and Should Do, Independent Task Force Report no. 57 (New York: Council on Foreign Relations, 2006) xi. The entire publication can be downloaded at: http://www.cfr.org/publication/9997/

[20] Frances Stonor Saunders, The Cultural Cold War: The CIA and the World of Arts and Letters (New York: the New Press, 2000).

[35] M Gorbachev, “What are we going to take to the United Nations?,” Conference with advisers, October 31, 1988, Attended: Shevardnadze, Yakovlev, Dobrynin, Falin, Chernyaev, Archive of the Gorbachev Foundation. Fond 2. Notes of A.S. Chernyaev. On file at the National Security Archive. Translated by Svetlana Savranskaya. http://www.gwu.edu/~nsarchiv/NSAEBB/NSAEBB261/sov03.pdf

[37] Trotsky and Lenin believed that communist revolution would spread to Central Europe, with Germany as a pivotal state, and that the Soviet Red Army must be ready to intervene. Robert Service, Trotsky: A biography (London, Pan book, 2010), “World Revolution,” pp. 247-25.

[43] Carl Gershman, “The Fourth Wave: Where the Middle East revolts fit in the history of democratization – and how we can support them,” March 14, 2011, http://www.tnr.com/article/world/85143/middle-east-revolt-democratization

[45] There are two regimes that are also mentioned in particular by Gershman here: those of Belarus and Venezuela. They also figure prominently in the conferences and statements of Movements.org and others, so they are certainly states to watch out for in the near future as being particularly marked out for “spontaneous people’s revolts.”

[47] Gorbachev Foundation, “About Us,” http://www.gorby.ru/en/gorbi_fund/about/

[57] New Atlantic Initiative is yet another globalist think tank of industrialists, bankers, politicians, journalists, etc. aiming to push the USA and Europe closer together and counter protectionist and nationalistic economic policies. Shultz is listed as a patron, along with former Secretary of State Henry Kissinger. http://www.jcpa.org/nai.htm

[66] Robert Service says of this period that the December 1993 referendum that endorsed Yeltsin’s constitutional reforms was “fiddled.” In the 1996 presidential campaign Zyuganov was in the lead at the start, “but lacked the resources available to Yeltsin, who enlisted the wealthiest businessmen on his side.” Service, ibid.