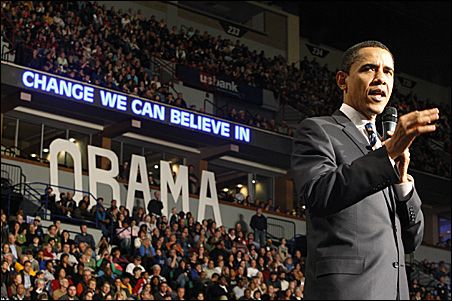 In my book Overcoming the Bush Legacy in Iraq and Afghanistan (Potomac Books, Inc., 2010), I described Barack Obama’s victory over his Republican opponent John McCain in the November 2008 presidential election as a revolutionary event. Tens of millions of Americans, men and women young and old, lined up patiently to cast their ballots, in the hope of overturning the excesses of the George W. Bush presidency, and bringing a nightmarish episode in American history to an end. The American people had had enough of George W. Bush, one of the most unpopular presidents in history as he left office. He was despised abroad, wreaking enormous damage to America’s moral and political leadership. An event by which the people constitutionally and peacefully voted to overturn the neoconservative Republican order under the Bush administration was nothing short of a “popular revolution.” 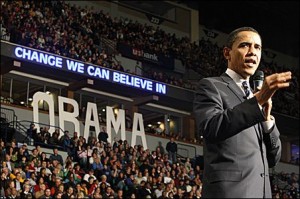 Ordinary Americans in extraordinary numbers attested to the term “popular revolution” by donating modest amounts of money – 10, 20, 50 dollars – to the Obama campaign. Among them were low-paid workers, trade unionists, teachers and students. It was their “audacity of hope” – not so much Obama’s – that gave them the belief that they could make the difference in a country tired of war and facing economic disaster. As Obama inched toward the Democratic nomination at the end of a bitter fight with Hillary Clinton, business magnates began to switch to the young pretender. Even then, support from the ordinary American accounted for more.

This widespread support at home, and goodwill abroad, was made possible due to Obama’s promises of disengagement from the Iraq war, which he described as the “wrong war,” (though the Afghan war was the “right war” for him), economic renaissance and setting aside “childish things.” These promises he reaffirmed at his inauguration speech, and promised to begin a dialogue with the Muslim world based on “mutual interest and mutual respect.” He devoted his celebrated, but now outdated, speech to mending the broken fences with the Muslim world in June 2009.  In sum, Obama promised to transform the way in which his administration would work, and eventually a transformation of the United States of America.

However, I also observed in the same book that “I know of no revolution that has fulfilled all that it promised” in the long run. I mentioned the Soviet Union and China in the last century; Cuba is another example. Countries from the Soviet Central Asia to Central Europe were released from the shackles of Soviet domination as the Soviet communism disintegrated. Two decades on, the situation in emerging states leaves a lot to be desired. Tajikistan, Kyrgyzstan, Uzbekistan, Kazakhstan are ruled with brute force by individuals or clans. Georgia, Poland, Romania are only slightly better. Other countries now firmly allied to the West have experienced racist authoritarian backlash.

Back to Obama’s historic victory and the “popular revolution” it was in November 2008. It was the people’s decisive response against George W. Bush’s wars – in Iraq, Afghanistan and the “war on terror” – that provoked resentment and violent opposition, opened up sectarian divisions and created Hobbesian conditions of war of all against all. The consequences were taking an exceptionally high toll in economic, human and political terms. The people’s mandate to Obama, the president, was to pull the United States out of the George W. Bush presidency’s toxic legacy. A year after taking over the presidency, Barack Obama was demonstrating the first signs that a counterrevolution was underway.

Two years on, Barack Obama, once preacher of change and hope, has become a counterrevolutionary. His administration has quickly adopted the imperialist “Project for the New American Century” of the Bush era, discredited, despised and dangerous. He has shamefully gone back on his promise of closing down the Guantanamo Bay detention camp, hell on Earth made by torturers’ infamy during the Bush administration. Obama has lifted the suspension on military trials of the remaining detainees, most of them innocent or forced to confess under torture, confessions that reputable courts would not admit as evidence. Reasons given by Obama apologists that the prison camp was not closed because the U.S. Congress did not cooperate are simply not good enough. Scores of Democrats in both houses of Congress were elected on Obama’s coattail in November 2008, before the disaster struck the Democrats in the 2010 midterm elections. Where was his “Yes, we can!” rhetoric? Where was leadership?  Guantanamo continues to be one of many blots on the United States of America. Compare Guantanamo to Castro’s regime today on the same island of Cuba. It is Washington’s shame.

Many more civilians, including women and children, continue to be massacred in Pakistan and Afghanistan in drone attacks that have escalated since Obama assumed the presidency. Unexplained killings of civilians and humiliation of night raids have proliferated. American death squads have massacred innocent civilians and kept their victims’ body parts as trophies. The latest pictures, just a few of many, published in Germany’s Der Spiegel are another bombshell. The Pentagon is once again “sorry.” These pictures threaten damage to the Obama administration like the Abu Ghraib photos damaged the Bush administration.

Obama’s promise of a dialogue with the Muslim world based on “mutual interest and mutual respect” has turned into an exercise in undisguised hypocrisy no different from George W. Bush’s. Obama’s response to the people’s nonviolent uprising in Egypt was slow. It was designed to ensure that, in the end, the Egyptian military remained in effective control, though Washington came to accept that it would have to abandon an old collaborator, President Hosni Mubarak. Even after the recent referendum, the situation in Egypt remains tenuous and prospects far from certain. Meanwhile the world’s attention has moved elsewhere.

Libya has become Obama’s first foreign military adventure, legal because it is based on a United Nations Security Council resolution, but questionable in its legitimacy, as several scholars of international law have pointed out. But hypocrisy, double standards, and callous disregard for human life and peoples’ aspirations for freedom in Bahrain and Yemen are there to see. Secretaries of state and defense, Hillary Clinton and Robert Gates, along with U.S. generals, have hijacked foreign policy, taking the lead before cameras. President Obama these days looks ill at ease, his once soaring rhetoric having abandoned him. He presides over a counterrevolution that is a travesty of promises he made en route to the White House.