Hindutva: A Story of Hate and Terror 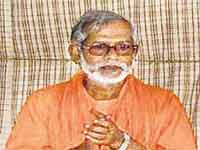 Promising Hindu superiority, Hindutva has been turned into a vicious doctrine that promotes ultra-nationalism, religious fundamentalism and intolerance

Muslims are a suspect community in India and, in some states more than others, are increasingly becoming targets of scorn and terrorism at the hands of radical and fundamentalist Hindu outfits. What lies at the root of this is a fundamental change in the outlook of a segment of Hindus towards non-Hindus and minorities.

They call this doctrine of hate and terror, ‘Hindutva’.

Later, appellants before the Supreme Court of India submitted that ‘Hindutva’ or ‘Hinduism’ was no religion but a way of life which incorporated noble values such as respect for all religions and the moral code of conduct for every sphere of human activity that evolved in this land from most ancient times, inter alia, included secularism.  In support of this they relied on two earlier Constitution Bench Judgments of the Supreme Court in the cases of Yajnapurushdasji (1966 (3) SCR 242) and Sridharan (1976 (4) SCC 489). The court accepted the contention of the appellants and further observed that Hinduism and Hindutva accept and respect every religion and recognize the right of every individual to practice any religion.

Hailed as landmark judgment, this was expected to put an end to misinterpretation of Hindutva or Hinduism as religious fundamentalism or its misuse by exploiting religion for politics that could destroy the secular character of the Indian Nation. But this was not to be.

Most unfortunately, Hindutva has been turned into a philosophy of ultra-nationalism by right wing Hindu fundamentalists. Its votaries gloat over the rise of Hindutva on the pyre of Hinduism, for they have felt embarrassed and humiliated by Hinduism as it is.

Being a faith and way of life, fundamentalists saw Hinduism as weak and inferior to Semitic creeds that had a strong presence in India and which they found to be well-bounded, monolithic, masculine, organized and capable of sustaining the ideology of an imperial state. This was demonstrated by the past conquests of Hindu states by Muslim invaders from Central Asia, Afghanistan and Iran that established their dynasties at different times and later by the Christian British colonialists. Consequently, they felt a strong need to build Hindutva on the tenets of reformed Hinduism, redefine the origins and evolution of Hindu civilization and religion and project Hindu power by building India into a powerful regional player and persecute Muslims, Christians and other minorities.

Since the first horrific Mumbai blasts of 1992 a persistent campaign has created a perception that Muslims were behind every terror activity, promoting a shrill paranoia about the existence of a vast and homegrown Islamist terror networks that were sometimes linked to Kashmiri freedom struggle and at other times to Pakistan’s ISI. This was reinforced by biased media coverage and political campaigning.

And it is this frame of mind that has slipped into the Indian criminal justice system too. The police, investigating agencies, intelligence agencies and even the lower courts, under the media and government pressure to show results after bomb blasts and killings, have found Muslim youth easy scapegoats for blame to be heaped on for all acts of terrorism, instead of finding actual culprits. These young men are rounded up even if Muslim communities themselves are the targets of Hindu terror. They are put away in jails without evidence, tortured without regard to their rights and even ‘convicted’ by the courts on the basis of their so called ‘confessions’. Their future is destroyed and their families are made destitute.

With this militant Hindutva on the rise, Indian secularism is clearly on the decline.

The well known Indian publication ‘Tehelka Magazine’ in its January issue makes startling revelations about the Hindutva conspiracy to commit large scale killings of Muslims. It has published the voluntary confession of a zealot who has for long remained directly involved in the planning and execution of such acts of terrorism.

According to the magazine, on December 18, 2010, Swami Aseemanand, an elderly Bengali man and key accused in 2007 Mecca Masjid blast (in Hyderabad Deccan) that claimed nine Muslims lives, voluntarily confessed before the metropolitan magistrate of Delhi his involvement in a string of terror attacks. He did this in full knowledge that his confession could take him to the gallows.

According to Aseemanand, it was a momentous emotional transformation that prompted him to take this step of seeking prayschit (penance). He reportedly told the magistrate, “When I was lodged in Chanchalguda district jail in Hyderabad, one of my co-inmates was Kaleem. During my interaction with Kaleem I learnt that he was previously arrested in the Mecca Masjid bomb blast case and had to spend about a year and a half in prison. During my stay in jail, he helped me a lot and used to serve me by bringing water, food, etc for me. I was very moved by Kaleem’s good conduct and my conscience asked me to do prayschit (penance) by making a confessional statement so that real culprits can be punished and no innocent has to suffer.”

The confessional statement spread over 42 pages went beyond terror attacks against Muslim communities. It unraveled the inner working of Hindutva terror network, provided names and extent of involvement of Hindutva leaders in the conspiracy, uncovered legal evidence about the planning and execution of terror acts over past several years by Hindutva zealots and provided forensic evidence that connects the missing links that has eluded investigators so far. In short, this one confession unfolds the mystery surrounding RSS reign of terror against minorities.

This testimony and earlier investigations have revealed new faces that lie at the heart of the terror conspiracy. One such person is Indresh Kumar, a member of the RSS central committee. His own party men have confessed before CBI investigators that he mentored, bankrolled and directed the RSS pracharaks in carrying out Malegaon, Hyderabad, Samjhauta Express, Ajmer and Mecca Masjid attacks. Evidence has surfaced that these radicals even bombed Hindu temples and blamed the attacks on the Muslims groups.