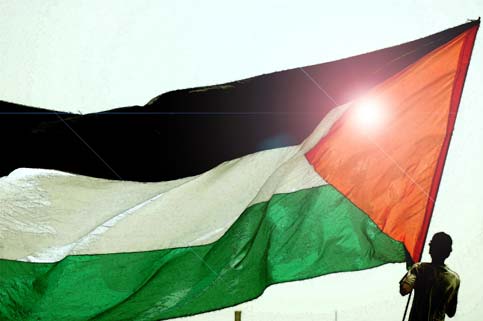 Last week, following similar statements by representatives of Brazil, Argentina, Uruguay, Bolivia, Ecuador, and Chile, the Foreign Ministry of Guyana declared that its decision to recognize Palestine was based on “Guyana’s long-standing and unwavering solidarity with, and commitment to, the just and legitimate aspirations of the people of Palestine for the exercise of their right to self-determination and to achieve a homeland of their own, independent, free, prosperous and at peace.” Paraguay and Peru are expected to recognize a Palestinian state in coming weeks.

During his first official visit to Palestine a few days ago, Russian President Dmitry Medvedev reaffirmed Moscow’s commitment to an independent Palestinian state. “We have supported the establishment of an independent Palestinian state with east Jerusalem as its capital since the last century, and we still support it,” Medvedev said, speaking in the West Bank town of Jericho.

In response to these recent developments, Ha’aretz reports that “a British Foreign Office minister said Thursday that only direct Palestinian-Israeli negotiations can achieve peace, adding that the U.K would not recognize a unilaterally declared Palestinian state.” Parliamentary Under Secretary of State Alistair Burt, while in Jordan today, said that London could not “recognize a state that does not have a capital, and doesn’t have borders.”

When Israel unilaterally declared independence in mid-1948, a temporary capital was set up in Tel Aviv. The April 3, 1949 armistice agreement signed between Israel and Jordan on established geographical demarcation lines which divided Jerusalem into sectors each under Israel and Jordan control with a no-man’s-land between them. On December 9, 1949, the United Nations General Assembly upheld this demarcation status. Nevertheless, in defiance of the international community, Israel soon announced that Jerusalem was its official capital. Neither the United States nor Britain, along with the majority of the rest of the world, accepted this transfer and, to this day, do not recognize Jerusalem as the capital of Israel.

In 1980, 13 years after Israel claimed to “annex” the whole of occupied Jerusalem into Israeli territory, the Israeli government passed the so-called “Jerusalem Law” which held that “Jerusalem, complete and united, is the capital of Israel” and that “Jerusalem is the seat of the President of the State, the Knesset, the Government and the Supreme Court.”

Following this pronouncement, a number of governments, including France and Germany, issued statements condemning the measure and, in response, the government of the Netherlands moved its Consulate General from Jerusalem to Tel Aviv. The United Nations Security Council adopted a resolution (UNSC Res. 478), for which the U.K. voted in favor, stating that “the enactment of the ‘basic law’ by Israel constitutes a violation of international law.” The resolution (which passed with a 14-0 vote, with the U.S. cowardly abstaining) also denied acceptance of Israel’s decision and called upon all UN member states “hat have established diplomatic missions at Jerusalem to withdraw such mission from the Holy City.”

To this day, the United Kingdom does not recognize Jerusalem as the capital of Israel, maintains that Israel has no sovereignty over Jerusalem, and retains its Embassy in Tel Aviv. In fact, there are currently no international embassies in Jerusalem (though, interestingly, both Bolivia and Paraguay have their embassies in the Jerusalem suburb of Mevasseret Zion).

Furthermore, Israel, in its eternal effort to expand its territory through illegal annexation, colonization, military conquest, and land theft, has no recognized borders. In 1937, over a decade before becoming Israel’s first Prime Minister, David Ben-Gurion stated that a Jewish state could first be established in part of Palestine in order to set the stage for further expansion. “We shall accept a state in the boundaries fixed today,” he said, “but the boundaries of Zionist aspirations are the concern of the Jewish people and no external factor will be able to limit them.” The next year, he declared, “[I am] satisfied with part of the country, but on the basis of the assumption that after we build up a strong force following the establishment of the state – we will abolish the partition of the country and we will expand to the whole Land of Israel.”

Similarly, responding to his country’s recent recognition of Palestine, Gabriel Zaliasnik, president of Chile’s Jewish community, claimed he was “satisfied” with the wording of the proclamation because it did not refer to borders. “Israelis and Palestinians will eventually define all the core issues like borders,” he said. “For the Jewish people, Jerusalem and borders of the state of Israel can not be provided to third parties.”

The British government even withheld formal, de jure recognition of the state of Israel for nearly two years after its creation. On April 27, 1950, the Parliamentary Undersecretary of State for Foreign Affairs, Lord William Henderson, legally recognized Israel in spite of the undetermined status of Jerusalem and the temporary nature of Israel’s borders, which are mentioned specifically in the statement of recognition.

Nevertheless, all these years later, despite having neither a capital nor borders, the British government still recognizes Israel as a sovereign, free, and independent state. In a blatant case of double standards, it now refuses to do so with regard to Palestine.

It appears that the shameful and duplicitous legacy of the Balfour Declaration has yet to let go its grip on the British Foreign Office.