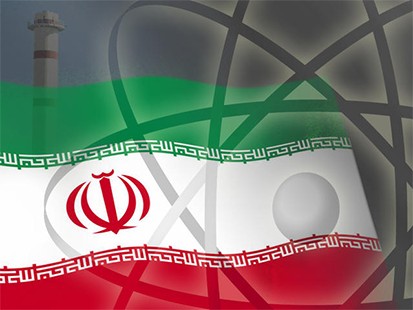 “To tell deliberate lies while genuinely believing in them, to forget any fact that has become inconvenient, and then, when it becomes necessary again, to draw it back from oblivion for just so long as it is needed, to deny the existence of objective reality and all the while to take account of the reality which one denies — all this is indispensably necessary.”

Facts rarely get in the way of American and Israeli fear-mongering and jingoism, especially when it comes to anti-Iran propaganda. For nearly thirty years now, U.S. and Zionist politicians and analysts, along with some of their European allies, have warned that Iranian nuclear weapons capability is just around the corner and that such a possibility would not only be catastrophic for Israel with its 400 nuclear warheads and state-of-the-art killing power supplied by U.S. taxpayers, but that it would also endanger regional dictatorships, Europe, and even the United States.

If these warnings are to be believed, Iran is only a few years away from unveiling a nuclear bomb…and has been for the past three decades. Fittingly, let’s begin in 1984.

An April 24, 1984 article entitled “‘Ayatollah’ Bomb in Production for Iran in United Press International referenced a Jane’s Intelligence Defense Weekly report warning that Iran was moving “very quickly” towards a nuclear weapon and could have one as early as 1986.

Two months later, on June 27, 1984, in an article entitled “Senator says Iran, Iraq seek N-Bomb,” Minority Whip of the U.S. Senate Alan Cranston was quoted as claiming Iran was a mere seven years away from being able to build its own nuclear weapon. In April 1987, the Washington Post published an article with the title “Atomic Ayatollahs: Just What the Mideast Needs – an Iranian Bomb,” in which reporter David Segal wrote of the imminent threat of such a weapon.

The next year, in 1988, Iraq issued warnings that Tehran was at the nuclear threshold.

By late 1991, Congressional reports and CIA assessments maintained a “high degree of certainty that the government of Iran has acquired all or virtually all of the components required for the construction of two to three nuclear weapons.” In January 1992, Benjamin Netanyahu told the Knesset that “within three to five years, we can assume that Iran will become autonomous in its ability to develop and produce a nuclear bomb.”

Furthermore, a February 1992 report by the U.S. House of Representatives suggested that Iran would have two or three operational nuclear weapons by April 1992.

In March 1992, The Arms Control Reporter reported that Iran already had four nuclear weapons, which it had obtained from Russia. That same year, the CIA predicted an Iranian nuclear weapon by 2000, then later changed their estimate to 2003.

A May 1992 report in The European claims that “Iran has obtained at least two nuclear warheads out of a batch officially listed as ‘missing from the newly independent republic of Kazakhstan.'”

The Washington Post reported on June 15, 1992, that Israeli Major General Herzl Budinger had said that unless “Iran’s intensive effort to develop atomic weapons is not ‘disrupted,'” it would “become a nuclear power by the end of the decade.”

Speaking on French television in October 1992, then-Israeli Foreign Minister Shimon Peres warned the international community that Iran would be armed with a nuclear bomb by 1999. The following month, the New York Times reported that Israel was confident Iran would “become a nuclear power in a few years unless stopped.”

The same year, Robert Gates, then-director of the CIA, addressed the imminent threat of Iranian nuclear weapons. “Is it a problem today?” he asked at the time, “probably not. But three, four, five years from now it could be a serious problem.”

On January 23, 1993, Gad Yaacobi, Israeli envoy to the UN, was quoted in the Boston Globe, claiming that Iran was devoting $800 million per year to the development of nuclear weapons. Then, on February 24, 1993, CIA director James Woolsey said that although Iran was “still eight to ten years away from being able to produce its own nuclear weapon” the United States was concerned that, with foreign assistance, it could become a nuclear power earlier.

In January 1995, John Holum, director of the U.S. Arms Control and Disarmament Agency, testified before Congress that “Iran could have the bomb by 2003,” while Defense Secretary William Perry unveiled a grimmer analysis, stating that “Iran may be less than five years from building an atomic bomb, although how soon…depends how they go about getting it.” Perry suggested that Iran could potentially buy or steal a nuclear bomb from one of the former Soviet states in “a week, a month, five years.”

The New York Times reported that “Iran is much closer to producing nuclear weapons than previously thought, and could be less than five years away from having an atomic bomb, several senior American and Israeli officials say,” a claim repeated by Greg Gerardi in The Nonproliferation Review (Vol. 2, 1995).

Benjamin Netanyahu, in his 1995 book “Fighting Terrorism: How Democracies Can Defeat the International Terrorist Network,” wrote, “The best estimates at this time place Iran between three and five years away from possessing the prerequisites required for the independent production of nuclear weapons.”

At the same time, a senior Israeli official declared, “If Iran is not interrupted in this program by some foreign power, it will have the device in more or less five years.” After a meeting in Jerusalem between Defense Secretary Perry and Israeli Prime Minister Yitzhak Rabin, they announced that Iran would have a nuclear bomb in seven to 15 years.