Who Was Actually Using David Headley? 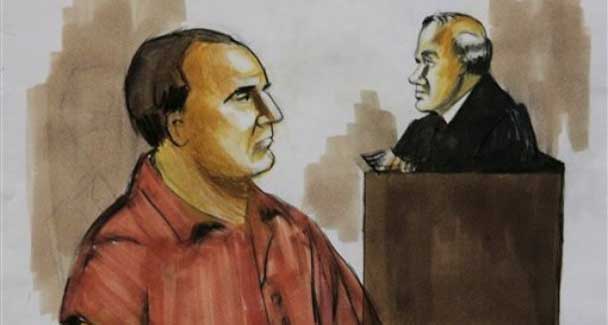 With the all important dialogue between India and Pakistan derailed and relations having suffered a set back, the root cause of it — the Mumbai terrorist attack — continues to cast a shadow on Pakistan-India relations two years down the road. As if this was not enough, the Indian establishment and the media continue to lay unsubstantiated blame for the tragedy at Pakistan’s doorstep while they themselves continue to struggle to find answers to the bloody drama played out in Mumbai.

Just as the Bush coterie blamed Al Qaeda within a couple of hours for the 9/11 attack, Indians lost no time in blaming Pakistan for what they called their “26/11 attack”. And just as the US insists to this day that Al Qaeda leaders from Tora Bora caves in the wilderness of Afghanistan directed the attack on WTC, the Indians also insist that Pakistan’s Inter Services Intelligence (ISI) masterminded the Mumbai attack.

Indian leadership refused to understand that not only was such an act out of character with Pakistan but also against its interests. With Pakistan going through a difficult political transition and its military engaged with the fallout of Afghan war and in its fight against terrorist forces that threatened internal security, Pakistan could not commit the monumental blunder of involving itself in anything like ‘Mumbai’ at the risk of further complicating its relationship with India and initiating an unwanted military conflict in a difficult security environment.

Pakistan cooperated by investigating and prosecuting elements of the outlawed Lashkar-e-Taiba (LeT) that India blamed. LeT denies involvement, but it is possible that some rogue elements within LeT might have undertaken this adventure.

With the arrest of David Headley, a US citizen, by FBI and his confession that he assisted perpetrators of Mumbai attack, the Indian propaganda machine again went into overdrive, dubbing Headley as ISI agent, financed and directed by ISI. Why? Simply because Headley had a Pakistani connection.

Who is David Headley? 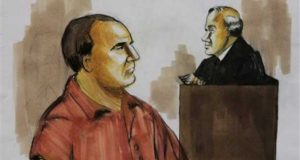 David Coleman Headley (50) was born Daood Sayed Gilani in Washington, D.C., to Sayed Salim Gilani, a Pakistani broadcaster seconded to VOA, and an American woman Serrill Headley, who worked as secretary in the Pakistan Embassy. Young Headley was raised in Pakistan by his father, studying in a military college, until his mother took him to Philadelphia years after she had divorced Gilani. Product of a broken home and torn between the contradictions of conservative lifestyle of his father and the libertine lifestyle of his mother, Headley initially found it difficult to blend the two, but then learned to move freely between both the worlds, even though his eyes – one brown, the other green – gave away the diversity of his roots.

Influenced by the negative environment of the bar his mother owned and where he spent his youth, he slipped into drug addiction and then into drug smuggling.

A paid informant for US DEA

After his arrest in Germany in 1988 for smuggling drugs to the US, Headley landed with US Drug Enforcement Administration (DEA), for which he worked as paid informant in exchange for a lighter sentence. With his outreach in the drug underworld, he helped bust several big drug deals. But he was again arrested in 1999 for drug smuggling, ended up in jail, and was again taken under its wings by DEA.

Between 2001 and 2005, he travelled to Pak-Afghan tribal areas multiple times to conduct DEA’s undercover surveillance. The DEA agents with whom he worked as an operative described him as an “opportunist,” someone who knew how to forget about loyalty, cut his losses, and get the best deal.

With a changed identity

In 2006, he changed his name to David Coleman Headley, using his mother’s family name, to make travel to Pakistan, India and other countries easier. Between 2006 and 2008, he is reported to have done five spying missions to Mumbai, scouting targets for the 2008 Mumbai attacks on behalf of some rogue elements of Lashkar-e-Taiba. In 2009, Headley travelled to Britain to help plan an attack against a Danish newspaper that had published cartoons of Prophet Muhammad. On being tipped by the British intelligence about his activities in Europe, the FBI arrested him in October 2009 while on his way to Pakistan.

Who else was he working for?

In his article in ProPublica, a newsroom of investigative journalism, Sebastian Rotella says that after 9/11 Headley told associates that he planned to train with LeT as part of a secret mission for the U.S. government, according to the person close to the case. “The FBI and DEA have joined forces and I am going to work for them,” this person quoted him as saying. “I want to do something important in my life. I want to do something for my country.”

Within two months Headley was training with LeT, which had been designated a terrorist organization by the US and Pakistan. The unusual ease, with which he was released from prison in the US and dispatched to Pakistan’s tribal region, reinforces the belief that he was working with the government in some capacity.

Besides developing excellent connections with drug mafia, he befriended and trained with different outlawed terrorist groups using his old-boy network in Pak-Afghan tribal areas. These groups found him useful because of his acceptability everywhere and ease of undetected travel between the US, India, Pakistan and elsewhere. A chameleon-like figure with a taste for risk and a talent for deception, he could successfully alternate between an American David Headley and a Pakistani Daood Gilani, depending on the setting.

All this could not be happening without prompting by DEA handlers and knowledge of other US agencies such as CIA and FBI, because such valuable assets are invested into and shared.

Both these agencies deny using Headley. But then how does one explain the extended scope of his activities and the deep knowledge that US counterterrorism officials have about him? One official described him “as a mercenary, not ideologically driven”. Another said, “He’s not an Islamic terrorist in the classic sense.” Yet another said Headley was “dangerously engaging”, someone “who knew how to manipulate the system to get what he wanted”.

Was Headley good for ISI to use?

An Indian report, leaked in October 2010 after Headley’s interrogation by Indian investigators in Chicago, again accused ISI for having planned and financed some of Headley’s scouting trips to Mumbai. Pakistan rejected these allegations, arguing that if such a statement was indeed made by Headley it might have been done to deflect the pressure on his American handlers due to Indian investigators breathing down Headley’s neck and that its veracity should be determined in the light of Headley’s character, credibility and past record.

Dismissing the Indian propaganda, ISI says it faces such allegations quite frequently, because the Indian agencies suspect an ISI agent under every rock in the region – whether it Kashmir, Afghanistan or India.

While the murky world of intelligence is too complex to fathom, it is a norm for intelligence agencies not to compromise their information by inducting an agent who works for another agency and pursues divergent interests. Even if ISI was to stage the Mumbai saga, would it be so naïve as to share such top secret information with Headley when he is known to be a dubious and slippery customer and a paid agent for DEA, and possibly CIA and FBI?

It is important to note that US officials are quoted by the US media as having admitted that the US has no evidence to counter the denial by ISI.