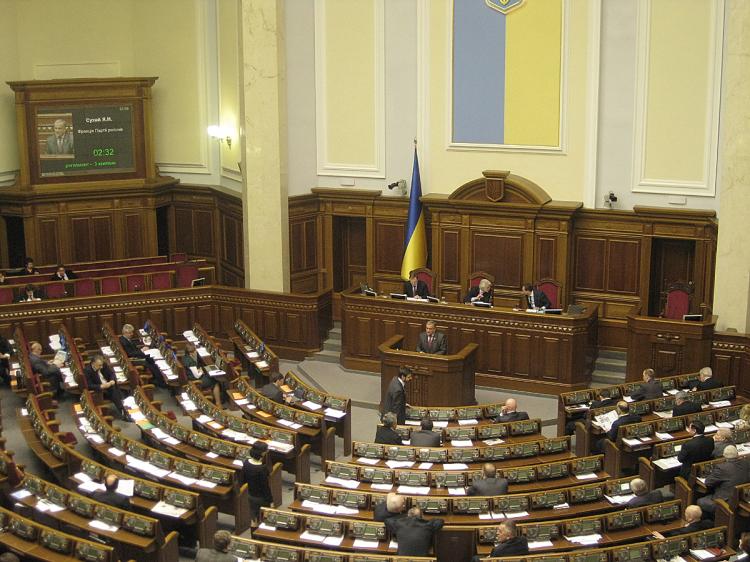 Semi-Presidentialism, Political Reform, and the Future of Ukrainian Democracy

The current public controversy about what division of power Ukraine should have in the future is overdue. The various political crises of the past fifteen years have amply shown that the Ukrainian Constitution, whether in its 1996 or 2004 versions, needs revision. However, the arguments made in Ukrainian mass media today concerning constitutional reform mostly ignore what political science has to say about the appropriateness of various forms of presidential rule for post-communist transition states. For this reason, many of the current public exchanges about the division of power that Ukraine supposedly requires miss the point. These discussions are mainly about the amount of prerogatives that Ukraine’s future more or less powerful President should have. The arguments thus remain within the realm of a comparison between the “Kuchmism” of 1996-2004, and the dual rule of 2006-2010 – neither very successful periods in recent Ukrainian political history. Sometimes, Ukraine’s semi-presidential proto-democratic system is even compared to Russia’s pseudo-presidential authoritarian regime. 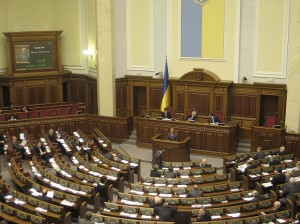 Comparative political research suggests that, instead, the country needs a serious discussion about of the range and structure of the prerogatives of parliament. Ideally, such a revision of the Ukrainian Constitution would lead to the establishment of a political system dominated by the Verkhovna Rada, and with a weak President. Or it would mean the creation of a de jure parliamentary republic with a non-elected figurehead President. At least, this is what the results of recent investigations by political scientists into the political systems in the post-communist space prescribe.

Most of the deliberations concerning a modification of the Constitution currently shown on Ukrainian TV channels are about whether Ukraine should have a presidential-parliamentary or parliamentary-presidential form of government. These are two versions of the semi-presidential form of government — the necessity of which is taken for granted by many, if not most discussants. The first presidential-parliamentary version refers, in the Ukrainian case, to the original regulations of the 1996 Constitution of Ukraine. It implies an, in fact, super-presidential system where the Prime-Minister is reduced to the role of an assistant to, scapegoat for, and whipping boy of the President. The second, parliamentary-presidential version, instead, refers to the real division of government that has come into force on January 1st, 2006. Since then, the Ukrainian state’s executive prerogatives have been divided between President and Prime-Minister. Arguably, only since 2006 has the term “semi-presidentialism” actually come to make sense in describing Ukraine’s political system. Before that, the substantive powers of the President where closer to a purely and strongly presidential system of government rather than reminiscent of a divided executive like that of contemporary France.

The problem with the hotly discussed pros and cons of both systems is that this controversy is largely oblivious to what specialists on semi-presidentialism in Eastern Europe and the post-Soviet space have been publishing in recent years. In a way, this situation reflects the general absence of political science in most of Ukraine’s political debates. Instead, these controversies often prominently feature politicians, “political technologists,” and journalists who are, for different reasons, ill-prepared to contribute constructive arguments to such debates. Many politicians assume (sometimes quite wrongly so) that this or that constitutional arrangement is or will be better for them than others. While even self-serving politicians may thus occasionally pronounce a valid argument, they do so for the wrong reason. The same goes for most of the politically engaged pundits who dominate Ukrainian mass media and are paid not to provide detached analysis, but to engage in pseudo-analytic public lobbying in the (occasionally also misunderstood) interests of their sponsors. Many journalists commenting on semi-presidentialism, in turn, may do so with good intentions, but have little expertise or even limited interest in the specifics of comparative political science, empirical social research, or democratic constitutional engineering. Occasionally, such debates even involve artists, novelists, and other intellectuals, who are willing to say something on current Ukrainian affairs, but, in doing so, go far beyond their professional competence. The extensive involvement of dilettantes in such debates seems to be a direct result of the dearth of serious political scientists within the public sphere. The latter, in turn, is an obvious repercussion of the virtual absence of political science in Ukraine until 1991, and the field’s relative underdevelopment, in the entire post-Soviet space, until today.

The current Ukrainian controversy can be compared to a hypothetical community discussion about a new bridge, where the construction of the future viaduct is based on opinions from those drivers, pedestrians, and fishermen who will later use that bridge, on a daily basis. To involve architects and engineers in the planning of such a bridge is seen as a waste of time. Such building experts will constitute only a miniscule portion of the people who will later actually use the bridge. Moreover, construction engineers may come up with difficult concepts, complicated mathematics, and intricate opinions. Non-specialists may find their assertions incomprehensible, tiresome, and pretentious. Arguably, bridges should be constructed by those who actually will depend on them, and not by aloof experts who have no inner relation to, and patriotic feelings on, the object to be build. Approximately, such a line of thinking seems to be responsible for the current absence of specialists on comparative politics and constitutional engineering in Ukrainian debates over governmental reform. That is even more surprising in view of the fact that the reconstruction of Ukraine’s basic law can be seen as a task far more consequential and complicated task than building a bridge.

Two major recent studies of democracy in East-Central Europe and the former Soviet Union have, independently from each other and based on different methodologies, come to largely similar inferences concerning the question: Which political regimes are most conducive to sustainable democratization in post-communist transition states? In 2006, Steven Fish presented a seminal paper based on quantitative comparative analysis and tellingly called “Strong Legislatures, Stronger Democracies” in the influential Journal of Democracy (vol. 17, no. 1) published by the National Endowment for Democracy. In 2008, Robert Elgie and Sophia Moestrup published the collected volume Semi-Presidentialism in Central and Eastern Europe under the imprint of Manchester University Press. The conclusions by Fish, Elgie and Moestrup provide somewhat distinct, but equally clear criteria for an assessment of the effects on democratization of the various semi-presidential systems that Ukraine has had since 1991.

The two equally comprehensive accounts of various divisions of power come to similar conclusions concerning the chances for a success of democratization: both presidential-parliamentary and parliamentary-presidential systems are problematic for young post-communist proto-democracies. Summarizing the results of their qualitative multi-author study of twelve Central and East European states, Elgie and Moestrup find that especially those varieties of semi-presidentialism where the president’s prerogatives are moderately or very extensive create more problems than they solve. Only, semi-presidential regimes with a relatively weak, yet still popularly elected president have had no significant harmful consequences for democracy. Elgie and Moestrup conclude:

At the end of their book, the two experts therefore advise policy-makers that, “if democracy is fragile, then semi-presidentialism of any form is probably best avoided.”

Steven Fish takes, in his statistical analysis of twenty five post-communist countries, a somewhat different approach. He does not deal with semi-presidentialism per se, but instead measures the relative power of parliament, on the hand, and the success of democratization, on the other. Fish finds a surprisingly clear causal relationship between them. The amount of prerogatives of a post-communist country’s legislature, as determined by its Constitution, has a noticeable effect on the democratic quality of that country’s political regime. Initially, there had been no relevant correlation between the quality of democracy and division of power, at the moment at which the various countries adopted their Constitutions, in the 1990s. However, a few years later, in the new century, those countries that had established relatively strong legislatures were significantly more democratic than those with relatively weak legislatures.

On that basis, Fish comes to an even more explicit judgment than Elgie and Moestrup concerning the various transition states in Central and Eastern Europe and on the territory of the former Soviet Union. He concludes: “The evidence shows that the presence of a powerful legislature is an unmixed blessing for democratization” (emphasis in the original). Concerning the depth of the relationship between the strength of legislatures and the extent of democratization, Fish writes: “The correlation is very high. The strength of the national legislature may be a — or even the — institutional key to democratization.” He advises: “The practical implications of these findings are obvious. Would-be democratizers should focus on creating a powerful legislature. In polities with weak legislatures, democrats should make constitutional reforms to strengthen the legislature a top priority.”

It should be reminded that both Elgie’s & Moestrup’s, and Fish’s findings are based on empirical research, i.e. on real-world experiences. Much of what one hears in contemporary Ukrainian public debates, instead, is based on fuzzy political suppositions, odd cross-cultural comparison (for instance, with the US), or bold counter-factual conjectures. Worse, sometimes this or that constitutional arrangement is defended on the basis of historical speculation or metaphysical rumination.

Against the background of these findings, the key question in the next weeks will be: Do Ukraine’s rulers actually want democratization to succeed, and are they ready to seriously commit to this aim? Or will they try to promote an alternative agenda focusing on economic recovery, political stability, and administrative reform? President Yanukovych’s behavior during the Orange Revolution in 2004 as well as recent actions by his government and Party of Regions point to the latter rather than former outlook. The problem with this approach is, of course, that democracy is a crucial prerequisite for sustainable political stability, rational economic planning, and effective public administration. Contrary to a widely held belief in the post-Soviet world, parliamentary democracies provide the head of the executive with more power than semi-presidential systems which divide and thus diffuse governmental prerogatives.

In the Ukrainian case, moreover, the consolidation of democracy is doubly relevant to the future of this young nation-state. It will not only provide a conflict-solving mechanism between the country’s rapacious economic elites as well as between the culturally distinct populations of the country’s west and center, on the one side, and south and east, on the other. Democratization is also key to the long-term international prospects of Ukraine, namely to the question of her EU membership perspective. The idea of European integration and the aim to enter one day the EU constitutes an important unifying idea that provides a common denominator for the otherwise deeply divided political camps and social groups of the west and east. All this suggests that the establishment of either a parliament-dominated semi-presidential system, or even of a purely parliamentary republic would constitute an important step towards Ukraine’s future political development and integration into the international community of democratic states.