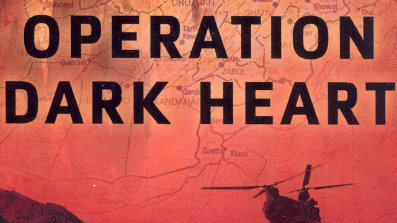 In an interview on the Fox Business Network, a retired U.S. intelligence officer accused the official in charge of the 9/11 Commission of a cover-up of intelligence failures leading up to the terrorist attacks on September 11, 2001.

Appearing on the political talk show Freedom Watch, Lt. Col. Anthony Shaffer, a former Defense Intelligence Agency officer and the author of Operation Dark Heart, a much-hyped new book on the war in Afghanistan, spoke about his mid-October 2003 encounter with Dr. Philip Zelikow, then executive director of the National Commission on Terrorist Attacks upon the United States.

During a fact-finding mission to Bagram Air Base in Afghanistan, Zelikow’s team was briefed by Shaffer on Able Danger, a DIA data mining project that had allegedly identified Mohammed Atta as a threat to the U.S. a year before 9/11. 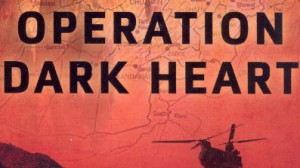 Parenthetically, the “Mohammed Atta” identified by Able Danger may have been an imposter operating under a stolen identity, as occurred in the assassination of a senior Hamas official in Dubai. In an interview with a German newspaper, reported by the Guardian, Mohammed Atta’s father claimed that his son had nothing to do with the attacks and was still alive a year after 9/11.

Whichever Mohammed Atta was referred to by Shaffer in Bagram, Zelikow reportedly “fell silent with shock at the news.”

According to Shaffer, Zelikow came to him at the end of the meeting, gave him his card, and said: “What you said today is critically important, very important. Please come see me when you return to Washington D.C.”

On his return to Washington in January 2004, Shaffer immediately contacted Zelikow’s office and was told to “stand by.” After a week passed, Shaffer called again, and this time was told by Zelikow’s staff: “We don’t need you to come in. We have all the information on Able Danger we need. Thank you anyway.”

None of the information provided by Shaffer appeared in the 9/11 Commission’s 585-page report, however.

In September 2005, more than a year after the publication of the 9/11 report, Shaffer said he met with one of the 9/11 commissioners in Philadelphia. Over lunch, he told the commissioner what he had told Zelikow in Afghanistan. The commissioner said that “he had never heard any of this,” adding that, “had he heard of it, it would have been something that was very much of interest to he [sic] and the commission.”

“So there’s a lot of things that never made it in that 9/11 report?” asked Judge Andrew Napolitano, the host of Freedom Watch.

“Things were either by negligence left out, or, and I believe, by purpose left out,” Shaffer replied.

Another guest on the show, Michael Scheuer, who headed the CIA’s bin Laden unit from 1996 to 1999, spoke of a similarly frustrating experience with the 9/11 Commission staff director.

Describing the 9/11 Commission Report as “a whitewash, and a lie from top to bottom,” Scheuer said he provided Zelikow with over 400 pages of official government documents detailing intelligence failures before 9/11.

“I never heard one word back from Zelikow,” he said.

“They all seemed very interested in what you had to say,” the former CIA officer added, referring to meetings he had with Zelikow and his staff, “but at the end of the day, it didn’t make it into the report.”

This is not the first time that questions have been raised about Zelikow’s handling of the 9/11 Commission.

In his 2009 book, The Commission, Philip Shenon, an investigative reporter for the New York Times, wrote about “how tightly Zelikow was able to control the flow of information on the commission,” and that “everything” was “run through” him.

While Zelikow’s tight control of the commission excluded disturbing evidence from national security experts like Shaffer and Scheuer, a dubious scholar like Laurie Mylroie was afforded ample opportunity to promote the most spurious justification for the Iraq war. Mylroie, whose major booster in government was Deputy Defense Secretary Paul Wolfowitz, argued that Iraq had been involved in every major terrorist attack against the United States since the early 1990s, including 9/11. During commission hearings on al-Qaeda, Zelikow, writes Shenon, “made sure that she had a prominent place at the witness table.”

And why wouldn’t he? After all, Zelikow had an important role in, as Shenon puts it, “developing the scholarly underpinnings for the Iraq war.” It was Zelikow who had authored a thirty-one-page “preemptive war” doctrine which George W. Bush announced to the world in 2002 as “The National Security Strategy of the United States.”

“Why would Iraq attack America or use nuclear weapons against us?” Zelikow asked an audience at the University of Virginia in September 2002. In a rare moment of candor, Zelikow proceeded to explain that the real reason for preemptive war against Iraq was “the threat against Israel.”

Given the fatal career implications of broaching such a taboo subject, not to mention Rupert Murdoch’s well-known devotion to the State of Israel, it’s hardly surprising that the Fox presenter didn’t probe too deeply into who Philip Zelikow might have been covering for.