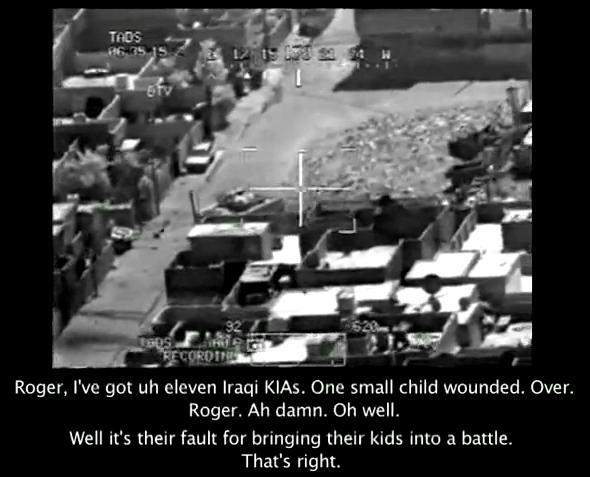 Leaked video grab of an American army footage in which at least a dozen civilians were killed by U.S. troops in 2007. (WikiLeaks) 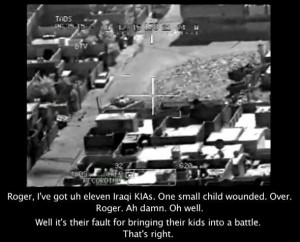 Leaked video grab of an American army footage in which at least a dozen civilians were killed by U.S. troops in 2007. (WikiLeaks)

What: U.S. troops are still involved in military operations despite President Barack Obama having declared an end to combat operations on 31 August, according to a Reuters report.

Where: American combat forces took part in counter-insurgency campaigns planned and led by Iraqi forces the in the cities of Baghdad, Baquba and Fallujah.

When: According to the report, U.S. marines got involved in a Baghdad firefight on 5 September. Troops also conducted a raid in Fallujah on 15 September. An undated attack took place two weeks ago when F-16s and attack helicopters pounced militant positions in Baquba.

Why: Around 50,000 U.S. military personnel still remain in Iraq after Obama withdrew most of the combat troops on 31 August. They are the legacy of the 7-1/2 year-old illegal invasion and occupation of Iraq. ”Our rules of engagement have not changed. Iraq does remain from time to time a dangerous place, so when our soldiers are attacked they will return fire,” said Brigadier General Jeffrey Buchanan, a U.S. military spokesman. The American military command officially insists their role in Iraq is more of training and advisory, however, many top-ranking commanders unofficially admit their role more or less involves combat.

How: At least 7 civilians including two women and three children were killed in Fallujah when U.S.  and Iraqi forces raided a house in darkness. Local authorities condemned the raid. The American forces also got involved in a gun battle with suspected suicide bombers that attacked an Iraqi army base in Baghdad. The Reuters report added U.S. military also uses aerial drones to strike suspected insurgent positions across the country.