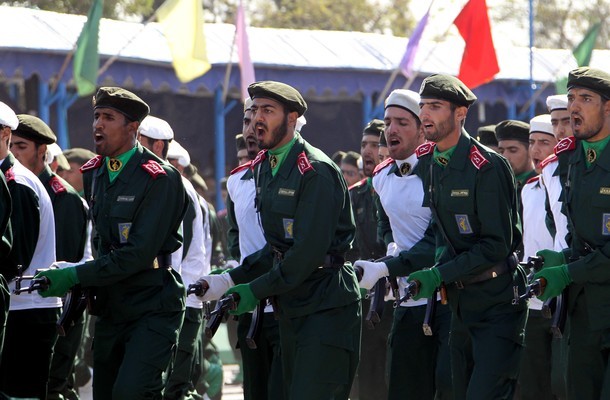 A view of the parade of Iranian Revolutionary Guards. (Atta Kenare/AFP/Getty Images)

A view of the parade of Iranian Revolutionary Guards. (Atta Kenare/AFP/Getty Images)

Who: Spectators at the parade.

What: At least 10 people were killed and 35 others were injured when a bomb exploded in a stadium hosting an Iranian military parade. Reports say 15 people are critically injured.

Where: The military parade was targeted in northwestern Iranian city of Mahabad. The city is located in the West Azerbaijan province of Iran.

When: The explosion happened at 1020 local time (0650 GMT) on Wednesday, 22 September as Iran marked the 30th anniversary of the start of the eight-year Iran-Iraq war.

Why: Northwestern Iran has a sizable Kurdish population. It has seen separatist violence in recent years between the Kurdish rebels and Iranian security forces. The most active rebel group is the Party of Free Life of Kurdistan (PJAK) which operates from its bases in neighboring Iraq. The group seeks to establish an autonomous Kurdish region in Iran and form a loose confederation with other Kurdish states in Iraq, Turkey and Syria.

How: Iran’s state news agency ISNA reported that the bomb was planted in a tree and that the wives of two Iranian generals are among the dead. The blast occurred just 50 meters away from the podium. Kurdish rebels rely on remote controlled bombs and ambushes to attack the Iranian forces and cause maximum damage.