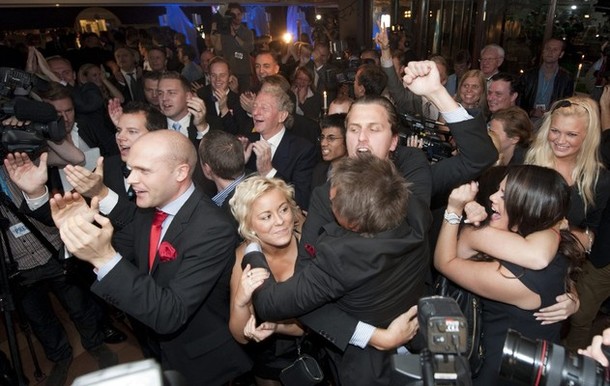 What: The Sweden Democrats party, the far-right political group that opposes immigration and terms Islam as a threat to the country’s national security, has gained 20 seats in the Riksdag (Swedish parliament). The surprise result has left the country’s political scenario in a limbo as the two major fronts failed to clinch an overall majority and form a stable government.

Where: The extremist party won most of the seats from the south of Sweden.

When: The polling took place on Sunday and results came out on Monday, September 20.

Why: The ultra-nationalist party claims immigration is draining the welfare system and wants to cut down asylum and immigration for relatives of people already living in Sweden by 90 per cent. It also targeted voters that are anxious with the spread of Islam in the country due to the arrival of immigrants from the Middle East, especially Iraq. The gloomy financial situation in the country has also helped the far-right outfit get many disenchanted votes.

How: Like many other European extremist groups, Sweden Democrats oppose the European Union and want to renegotiate Sweden’s membership with the E.U. They also oppose rights given to homosexuals in the society and want a ban on adoption of children by gay and lesbian couples. The ideal goal of the far-right group is to seek a homogenous Swedish society with little or no minority representation.