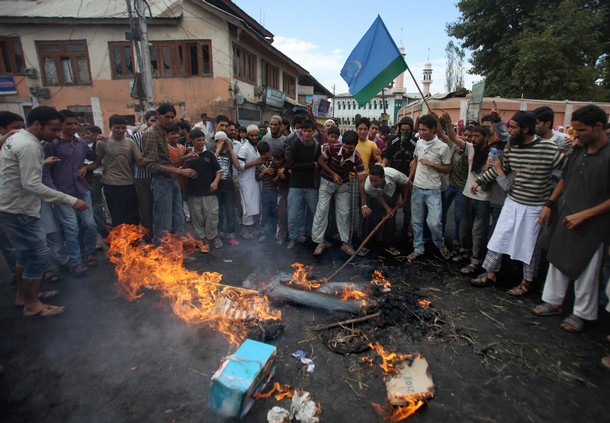 What: Police in Indian administered Kashmir have shot dead at least 18 protestors who were taking part in demonstrations against Indian rule and U.S. Quran burning incidents. A Catholic-run school and several government buildings and police stations were torched in the violent protests.

Where: The killings took place in Srinagar, the winter capital of the disputed territory. Many people also died in Budgam and Tangmarg towns as well.

When: Police opened live ammunition on the protestors on Monday. Four people also died in protests on Saturday last week.

Why: The Armed Forces Special Powers Act, a legislation that grants rigorous search and seizure powers to law-enforcement agencies in the Valley, is often misused by Indian police and paramilitaries. At least 75 civilians have died in the violent demonstrations. Kashmir has seen a violent anti-India uprising since 1989 with many militants joining their counterparts from Pakistan to stage attacks on Indian military. Thousands of Kashmiri youth have disappeared in counter-insurgency operations in the valley.

How: Jammu and Kashmir chief minister Omar Abdullah has called on New Delhi to scrap the controversial act but the Indian army is adamant it will stay. Authorities have clamped an indefinite curfew in many cities of the valley but violent protests have continued and the civil movement against Indian rule continues to gather steam.