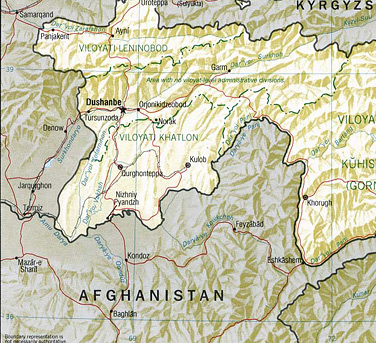 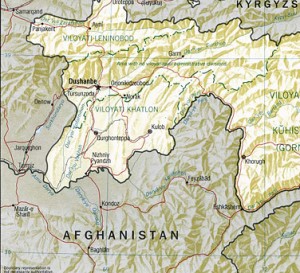 Who: The Afghan Taliban.

What: A clash between Tajik security forces and Taliban has left at least 20 militants and a serviceman dead.

Where: The clash took place on the River Pyandzh along with the Tajik-Afghan border with fighters hiding on islands some 210 km south of Tajikistan’s capital Dushanbe.

When: “A clash with the use of grenades and automatic weapons took place on Friday night,” said Khushnud Rakhmatullayev, a spokesman for Tajikistan’s border patrol.

Why: The rebels were killed while attempting to enter the Central Asian republic from the northern provinces of Afghanistan, where NATO-led forces are conducting operations against the Taliban. Northern Afghanistan, especially the border areas with Tajikistan, have seen an increase in insurgent activity during the last few months. A recent NATO air strike on a village in Badakhshan, not far from the Tajikistan border, left 10 civilians dead, including a parliamentary candidate.

How: Tajik sources disclosed the insurgents infiltrated the country from Afghanistan and carried heavy arms and extremist literature. Reports also added that the infiltrators might have included members from other radical groups such as Islamic Movement of Uzbekistan and al-Qaeda. Last week, a previously unknown group calling itself Jamaat Ansarullah claimed responsibility for the car bombing in the northern city of Khujand, raising fears that militants were turning their attention to the ex-Soviet state.