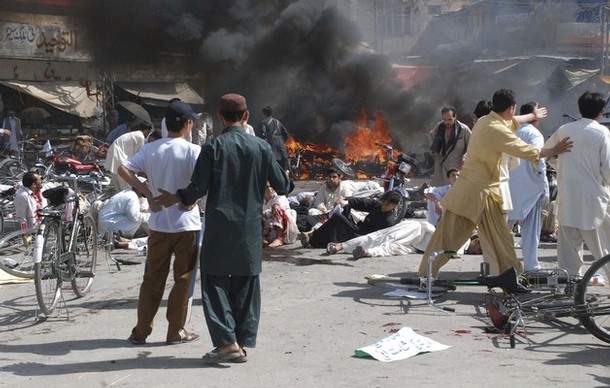 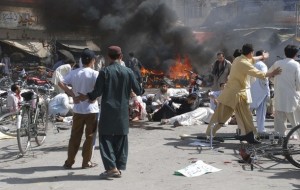 What: At least 55 protestors lost their lives when a suicide bomber struck a rally. Nearly 80 others were injured in the explosion.

Where: The deadly bombing took place in the business district of the western Pakistani city of Quetta.

When: The blast took place after Friday prayers, 3 September.

Why: The Pakistani Taliban have claimed responsibility for the attack. “We take pride in taking responsibility for the Quetta attack,” Qari Hussain, a spokesman for the terrorist outfit said in his statement to the media. The minority Shia population has constantly been targetted by the extremist group bent on imposing Shariah in the country. “We understand these are attempts to bring Sunni and Shia sects against each other,” Shia leader Allama Abbas Kumaili said in his statement while appealing for calm.

How: The second brazen attack on the Shia Muslim procession came in as many days. Television footage showed a man triggered explosives strapped on his body amidst a group of demonstrators, both men and women, that were condemning Israeli excesses in Occupied Palestine. Soon, a melee ensued and people resorted to firing which claimed lives of many other people. Many nearby shops were set on fire after the incident.