Beyond Violence and Non-Violence: Resistance as a Culture 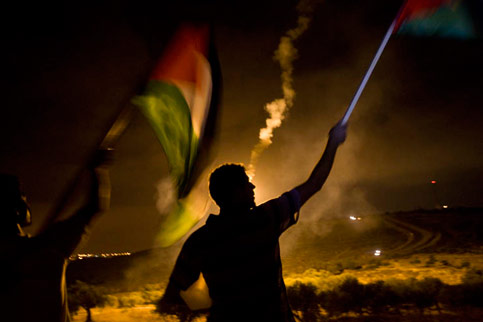 Resistance is not a band of armed men hell-bent on wreaking havoc. It is not a cell of terrorists scheming ways to detonate buildings.

True resistance is a culture.

It is a collective retort to oppression.

Understanding the real nature of resistance, however, is not easy. No newsbyte could be thorough enough to explain why people, as a people, resist. Even if such an arduous task was possible, the news might not want to convey it, as it would directly clash with mainstream interpretations of violence and non-violent resistance. 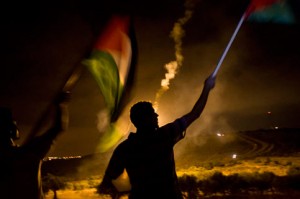 The Afghanistan story must remain committed to the same language: al-Qaeda and the Taliban. Lebanon must be represented in terms of a menacing Iran-backed Hizbullah. Palestine’s Hamas must be forever shown as a militant group sworn to the destruction of the Jewish state. Any attempt at offering an alternative reading is tantamount to sympathizing with terrorists and justifying violence.

The deliberate conflation and misuse of terminology has made it almost impossible to understand, and thus to actually resolve bloody conflicts.

Even those who purport to sympathize with resisting nations often contribute to the confusion. Activists from Western countries tend to follow an academic comprehension of what is happening in Palestine, Iraq, Lebanon, and Afghanistan. Thus certain ideas are perpetuated: suicide bombings bad, non-violent resistance good; Hamas rockets bad, slingshots good; armed resistance bad, vigils in front of Red Cross offices good. Many activists will quote Martin Luther King Jr., but not Malcolm X. They will infuse a selective understanding of Gandhi, but never of Guevara. This supposedly ‘strategic’ discourse has robbed many of what could be a precious understanding of resistance – as both concept and culture.

Between the reductionist mainstream understanding of resistance as violent and terrorist and the ‘alternative’ defacing of an inspiring and compelling cultural experience, resistance as a culture is lost. The two overriding definitions offer no more than narrow depictions. Both render those attempting to relay the viewpoint of the resisting culture as almost always on the defensive.

Thus we repeatedly hear the same statements: no, we are not terrorists; no, we are not violent, we actually have a rich culture of non-violent resistance; no, Hamas is not affiliated with al-Qaeda; no, Hizbullah is not an Iranian agent. Ironically, Israeli writers, intellectuals and academicians own up to much less than their Palestinian counterparts, although the former tend to defend aggression and the latter defend, or at least try to explain their resistance to aggression. Also ironic is the fact that instead of seeking to understand why people resist, many wish to debate about how to suppress their resistance.

By resistance as a culture, I am referencing Edward Said’s elucidation of “culture (as) a way of fighting against extinction and obliteration.” When cultures resist, they don’t scheme and play politics. Nor do they sadistically brutalize. Their decisions as to whether to engage in armed struggle or to employ non-violent methods; whether to target civilians or not; whether to conspire with foreign elements or not, are all purely strategic. They are hardly of direct relevance to the concept or resistance itself. Mixing between the two suggests is manipulative or plain ignorant.

If resistance is “the action of opposing something that you disapprove or disagree with”, then a culture of resistance is what occurs when an entire culture reaches this collective decision to oppose that disagreeable element — often a foreign occupation. The decision is not a calculated one. It is engendered through a long process in which self-awareness, self-assertion, tradition, collective experiences, symbols and many more factors interact in specific ways. This might be new to the wealth of that culture’s past experiences, but it is very much an internal process.

It’s almost like a chemical reaction, but even more complex since it isn’t always easy to separate its elements. Thus it is also not easy to fully comprehend, and, in the case of an invading army, it is not easily suppressed. This is how I tried to explain the first Palestinian uprising of 1987, which I lived in its entirely in Gaza:

“It’s not easy to isolate specific dates and events that spark popular revolutions. Genuine collective rebellion cannot be rationalized though a coherent line of logic that elapses time and space; its rather a culmination of experiences that unite the individual to the collective, their conscious and subconscious, their relationships with their immediate surroundings and with that which is not so immediate, all colliding and exploding into a fury that cannot be suppressed.” (My Father Was A Freedom Fighter: Gaza’s Untold Story)

Foreign occupiers tend to fight popular resistance through several means. One includes a varied amount of violence aiming to disorient, destroy and rebuild a nation to any desired image (read Naomi Klein’s The Shock Doctrine). Another strategy is to weaken the very components that give a culture its unique identity and inner strengths — and thus defuse the culture’s ability to resist. The former requires firepower, while the latter can be achieved through soft means of control. Many ‘third world’ nations that boast of their sovereignty and independence might in fact be very much occupied, but due to their fragmented and overpowered cultures — through globalization, for example — they are unable to comprehend the extent of their tragedy and dependency. Others, who might effectively be occupied, often possess a culture of resistance that makes it impossible for their occupiers to achieve any of their desired objectives.

In Gaza, Palestine, while the media speaks endlessly of rockets and Israeli security, and debates whom is really responsible for holding Palestinians in the strip hostage, no heed is paid to the little children living in tents by the ruins of homes they lost in the latest Israeli onslaught. These kids participate in the same culture of resistance that Gaza has witnessed over the course of six decades. In their notebooks they draw fighters with guns, kids with slingshots, women with flags, as well as menacing Israeli tanks and warplanes, graves dotted with the word ‘martyr’, and destroyed homes. Throughout, the word ‘victory’ is persistently used.

When I was in Iraq, I witnessed a local version of these kids’ drawings. And while I have yet to see Afghani children’s scrapbooks, I can easily imagine their content too.