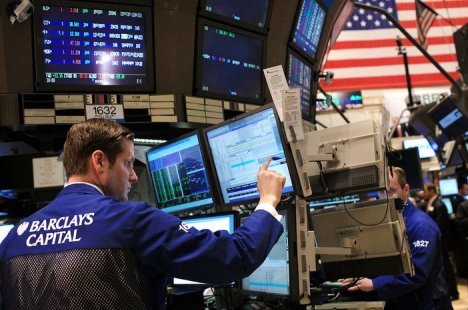 I admire Joseph E. Stiglitz, because he has a social conscience and a sense of justice, the absence of which turns economists into monsters. Despite his virtues and Nobel Prize, Stiglitz sometimes falls down as an economist.  Readers of my new book, How The Economy Was Lost, will be aware that I take him to task for the Solow-Stiglitz production function, which seriously misleads economics about the scarcity of nature’s capital.

Another of Stiglitz’s shortcomings, one that he shares with most economists, is his habit of reifying the market economy.  The market is a social organization. The results of market activity reflect the behavior of the human participants in the market. When economists reify the market, they attribute the behavior, ethics, and morality–or lack thereof–of humans to the market itself. Thus, Stiglitz describes human failures as “market failures,” and he asks in his new book, Freefall, “why didn’t the market exercise discipline on bad corporate governance and bad incentive structures?” 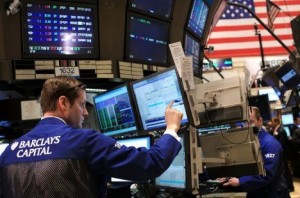 Social institutions are inanimate. They do not possess life and cannot impose good outcomes on human action.

Libertarians also reify markets, but instead of blaming markets for human failures, they imbue the market with human virtues and even with the super-human virtue of producing results that human intelligence cannot improve upon.  Economists’ “risk models” for which Nobel Prizes have been awarded and Federal Reserve chairman Alan Greenspan attributed the social institution with economic wisdom beyond man’s.

It is likely that the practice of reifying the market economy developed as a form of shorthand. It was convenient to say that the market did this and that rather than to have to describe the human interactions that produced the results. The market was transformed from an abstraction into a life form and became the actor instead of the humans operating within the institution.

This way of thinking, which reifies a social institution, is ingrained in economics. It is the source of enormous confusion and has resulted in a pointless long-running ideological battle that Stiglitz calls “a battle of ideas.”

Third, understand that the problem of regulation is that it is done by flawed humans. Human flaws do not disappear by moving human action from the economy to government. Most likely the flaws worsen as government decisions are often unaccountable. Many economists assume that regulators act in the public interest. However, as George Stigler, another Nobel Prizewinner, pointed out several decades ago, regulators are invariably captured by the industries that they regulate.

There are endless examples of regulators–indeed, entire governments–captured by the private interests that they are supposed to regulate. For example, in a recent subscriber’s edition of CounterPunch (June 16-30), Jeffrey St. Clair describes in detail the incestuous relationship between the government’s Minerals Management Service and the oil industry. An agency charged with regulating the impact of oil drilling on the environment became “a bureaucratic facilitator of big oil.”  Thus, the environmental catastrophe in the Gulf of Mexico and looming catastrophes along Alaska’s fragile coastline.

Indeed, economists themselves and academics are often captured by private interest groups and turned into shills.  In How The Economy Was Lost, I accuse economists of shilling for transnational corporations when they falsely describe jobs offshoring as the beneficial workings of free trade. Like the Israel Lobby, corporations have found that money will purchase professors, academic departments and think tanks, as well as journalists.

Offshoring transforms American workers’ wages into performance bonuses for executives, capital gains for shareholders, and honoraria and research grants for economists who shill for the practice.

The problem that the US economy faces is far more serious than the financial crisis resulting from financial deregulation. The reason that traditional monetary and fiscal policies cannot produce an economic recovery is that so much of the US economy has been moved offshore. As the jobs have departed, there is no work to which low interest rates and massive government spending can recall workers.  This is the real freefall.