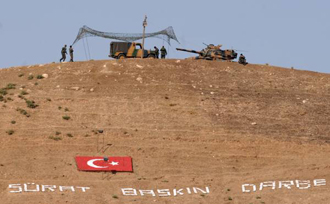 Who? Turkish military has struck bases of Kurdish separatists.

What? Hundreds of Turkish troops crossed the southern border with Iraq to target the bases of Kurdistan Workers Party (PKK) in response to recent deadly attacks on armed forces. Four separatist guerrillas were reported killed in clashes whereas a Turkish officer also lost his life.

Where? Clashes between the military and Kurdish separatists broke out at Uludere in Sirnak province, near the border with Iraq.

Why? The Kurdish rebels are fighting for an independent state in southern Turkey and northern Iraq, areas dominated by the Kurds. The struggle against Ankara started in 1984 and has claimed more than 40,000 since then. Kurds complain of discrimination by the Turkish establishment including the ban on Kurdish language and suppression of culture.

How? PKK fighters have waged deadly guerrilla attacks on Turkish troops mostly from its camps in northern Iraq. Despite an ongoing ceasefire, the rebels targeted a naval base earlier this month. Turkish army responds by launching cross-border incursions into northern Iraq.