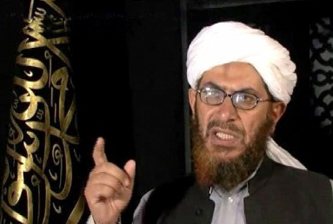 What? Sheikh Saeed al-Masri, also known as Mustafa Abu al-Yazid, was killed along with members of his family in a strike by a pilotless CIA-operated drone attack.

Where? The attack took place some 25 km west of Miranshah, the main town in North Waziristan. The area is a known stronghold of al-Qaeda and Taliban militants that borders Afghanistan.

When? American intelligence reports suggest the attack took place on the night of 21 May.

Why? U.S. military claims Mustafa Abu al-Yazid was the chief financial officer of al-Qaeda and personal accountant of Osama bin Laden. He is also named as the financier of September 11, 2001 attacks in 9/11 Commission report. The al-Qaeda leader was the founding member of Egyptian Islamic Jihad which formed the basis of al-Qaeda in mid 1990s.

How? Websites affiliated to al-Qaeda said in a message that al-Yazid, his wife, and several other family members, were killed along but did not give the exact date or location of the incident. Many women and children also died in the U.S. missile attack fired from an unmanned aerial vehicle (UAV).