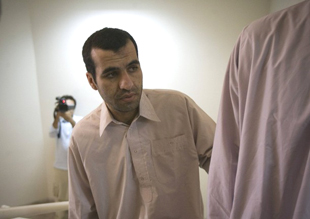 Where? The hanging took place in south eastern Iranian city of Zahedan, the provincial capital of Sistan-Balochistan, a Baloch majority region.

When? The execution took place on Monday morning.

Why? Iranian authorities blame Jundullah, a group fighting for Baloch minority rights, of destabilizing the country by waging a war against the Islamic republic. The Baloch leader was accused by Iran of drug dealing, murders, inciting violence and working for U.S. and al-Qaeda.

How? Jundullah which means Army of God has waged a spate of suicide and road-side bombings, kidnappings and assassinations against the Islamic regime in Tehran to win more rights for the impoverished Baloch minority in south-eastern Iran. The executed leader was captured by Pakistan and extradited to Iran in February this year.