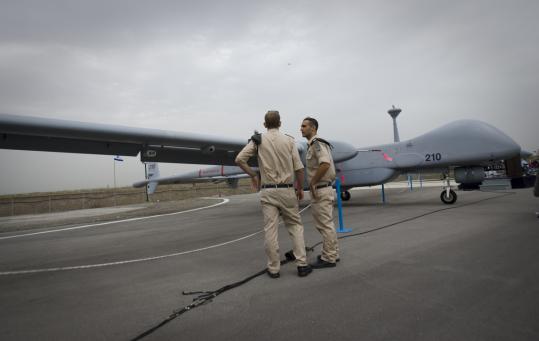 The Middle East is witness to continuous developments these days, such as Iran’s active diplomacy to attract the indispensable 118-member bloc of non-aligned countries to support its nuclear program, the growing isolation of Israel in European countries and within academic circles in the U.S., Arabs’ fears of losing the power game in the Persian Gulf region, and the expansion of illegal settlements of Israel in the West Bank and its unremitting disobedience to United Nations Security Council resolutions.

Such developments have turned the Middle East into the center of international attention. Iran, as the Persian Gulf region’s only non-Arab nation, Israel, as the world’s sole Jewish state, and a host of fragile Arab countries, who are being immersed in the waves of the West’s economic turmoil, find their destiny intertwined, with each party trying to surmount the other. All this makes for an interesting, yet worrying, rivalry in the Middle East. 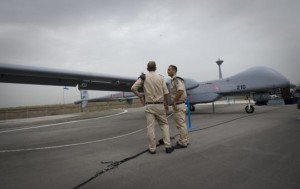 In order to investigate the ongoing Israel-Palestine conflict and explore the prospect of Iran’s nuclear standoff, Foreign Policy Journal has interviewed Antony Loewenstein, an Australian journalist and political activist who is a co-founder of Independent Australian Jewish Voices. Loewenstein’s articles on Iran, Israel and Middle East current affairs have appeared on the Guardian, Washington Post, Sydney Morning Herald and The Australian. He has also written two books, My Israel Question and The Blogging Revolution.

The Israeli aggression against the people of Palestine is going on incessantly. The White House hasn’t taken any serious step to signal its willingness to prevent Israel from expanding the illegal settlements in the West Bank. What will happen eventually? Will Israel go on with its expansionistic approach in the occupied lands?

Israeli expansion on Palestinian land has continued for decades and there is little indication that this will stop anytime soon. Successive U.S. Presidents have meekly complained about the occupation of the West Bank and Gaza but continued to fund the Zionist state. Washington claims to believe in a two-state solution between Israel and the Palestinians but the occupation has made this viably impossible. The alternatives are unpleasant for the Zionist mind to consider, not least a bi-national state or one-state equation, where soon Jews will be outnumbered by Arabs. But Israeli Jews should not fear this. Like the whites in South Africa under apartheid, they have to make a choice, either more years of oppressing another people and facing global isolation or a nation with equal status for all its citizens.

President Obama has recently threatened Iran with a possible nuclear strike. Can we trace the footsteps of the Zionist lobby in the provocative remarks by the U.S. president? Will the U.S. finally stage a nuclear war in the Middle East to protect its unalienable ally against an “Iranian threat”?

The chance of Washington launching a nuclear strike against Iran is very slim, though the current concern is President Obama allowing Israel to use tactical nuclear weapons or simply a military adventure against the Islamic Republic in a misguided attempt to stop its supposed nuclear program. There is no doubt that many members of the U.S. Congress and the Zionist lobby are encouraging a military strike against Iran. But the real agenda is largely hidden. This isn’t about nuclear weapons or even meddling in Iraq or Afghanistan but regional rivalry to the Jewish state, something not to be tolerated. Iran, after the disastrous Iraq war, has risen in stature and power in the Middle East. The country is a brutal dictatorship that represses its own people, and last year’s sham election for Mahmoud Ahmadinejad only confirmed this trend, but its oil wealth allows resistance against American and Israeli interests.

As an honorary citizen of Detroit, the late Iraqi dictator Saddam Hussein was once one of the most cordial friends of White House during the tenure of Ronald Reagan and Jimmy Carter. He was given enormous military and political support by the U.S. during the 8-year war with Iran. Finally, the United States captured and executed him once his mission was over. Is the same tragedy going to happen for Israel and its leaders?

One of the great challenges for our age is applying international law equally across the globe, to both Western leaders and others. Thus far, the Hague’s International Court of Justice and other associated bodies have largely focused on atrocities in places like Rwanda, Liberia and beyond. These are important cases that should be pursued, but there is a growing movement, especially in the UK and Europe, to hold Israeli political and military leaders to account. Witness the valiant attempt to arrest former Israeli Foreign Minister Tzipi Livni in London recently for her role in the criminal war against Gaza in late 2008 and early 2009. She canceled her trip before the court order could be executed but more attempts will be forthcoming.

Keeping in mind the Jewish background of jurist Richard Goldstone and his affiliation with the Israeli universities and groups, which exempts him from allegations of being an anti-Semite, why did the United States denounce his elaborate report in which both sides of the Gaza conflict were held accountable and called upon to make impartial investigations into their possible violations of human rights and war crimes?

Richard Goldstone’s UN Gaza report was an important document that meticulously outlined the crimes of both Hamas and Israel in Operation Cast Lead. America and some of her allies, including Australia, rejected its findings because they feared its recommendations could be used against their own military adventures in, say, Iraq or Afghanistan. Western allies have for years killed scores of civilians in the “war on terror” and never been held accountable. The Goldstone report, when directed towards Israel and Hamas, rightly argued that international law demands that civilians are protected during war. Israel used disproportionate force against the Palestinian population in an attempt to collectively punish them for both resisting and backing Hamas.

Referring to the 1995 assassination of Israeli Prime Minister Yitzhak Rabin by a fellow Israeli member of the Likud party, the American journalist Jeff Gates has metaphorically suggested that the American President Barack Obama may be assassinated by Israel one day. Is it actually possible that Israel will finally betray its long-time benefactor, akin to what happened to Iran’s former U.S.-backed Shah?

Although there is profound anger within Israel towards Barack Obama because of his very mild comments against Zionist expansion in the West Bank, I don’t think Israel will be assassinating the American President anytime soon or leaving its warming embrace. Without Washington’s support, diplomatically, militarily, and politically, Israel wouldn’t last a few weeks.

Hitherto, Israel has refused to adhere to the U.N. Security Council resolutions that hold it accountable to its international obligations, including Resolution 487 in which Israel was urgently called upon to “place its nuclear facilities under IAEA safeguards”. How is it possible to hold Israel accountable for what it’s doing in the Middle East while the unconditional support of the U.S. doesn’t seem to be diminishing?

Aside from using international law for what it is intended, the growing BDS (boycott, divestment and sanctions) movement is encouraging. Witness the recent great debates at leading American universities, including Berkeley, on boycotting multinationals that back the Israeli occupation of Palestine. Palestine is becoming one of the key issues in the activist community and beyond and is bringing disparate groups together to fight for a better future for all the citizens of Israel and Palestine. Furthermore, there is a growing debate within the American military establishment that Washington’s blind support for Israel is harming American interests in the Middle East. The Zionist lobby furiously rejects this charge but spend any time in the Arab or Persian world and Israel’s criminality is a rallying cry for anti-Western sentiment. It’s hardly surprising.

The White House is seemingly designing the whole framework of its foreign policy based on the interests of Israel. Its active lobbying in the Persian Gulf region to persuade Saudi Arabia, the UAE, and Kuwait to sell their oil to China at lower prices so as to discourage Beijing from purchasing oil from Iran and thus, dragging China into the implementation of new sanctions against Tehran and weakening Iran and preparing it to be attacked by Israel is one of these examples. What’s your take on that?

The great energy game in the Middle East is certainly focused these days on supposedly isolating Iran, though it seems highly unlikely that Russia or China would support crippling sanctions against Tehran in the U.N. Washington and Israel are working together to secure their own energy interests by appealing to the Arab states’ supposed fear of Iran, which is real, though not because of human rights but a loss of regional supremacy. One should never forget that the U.S.-backed Arab states are dictatorships largely doing the bidding of another country. They aren’t independent. Sadly, a military strike against Iran would be quietly cheered across the Arab world. Not by the people, but by the political elites. It’s vital that journalists and policy makers do not make the same mistakes as before the 2003 Iraq war, when bogus claims and lies were told about Saddam Hussein and his supposed WMD. Saddam was a brutal autocrat but he led a weak nation. Iran is an entirely different story. During my time there and conversations with many Iranians since, the moment a military strike occurs or sanctions that harm the average people are implemented, support for the regime will increase. People in Iraq always say that the West never realize that the post-1991 sanctions, which suffocated the country, were never forgotten when Washington came to bring “democracy” in 2003.