Why Insurgency in Balochistan Cannot Succeed 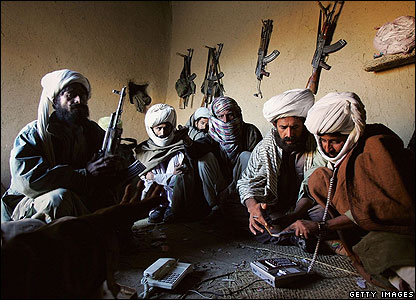 Balochistan, Pakistan’s south western province, has evoked much interest among players of regional politics. The US, India, former Soviet Union and even Afghanistan have toyed with the idea of Balochistan becoming an independent state in their geo-strategic interests.

Located very close to the oil lanes of the Persian Gulf and having a common border with Iran and Afghanistan, Balochistan is strategically very important. Commanding almost the entire coast of the country – 470 miles of the Arabian Sea, and boasting of a deep sea port recently completed with Chinese assistance at Gawadar, Balochistan comprises 43% of Pakistan’s total area but is home to just over 5% of the population, 50% of whom are ethnic Pashtuns. 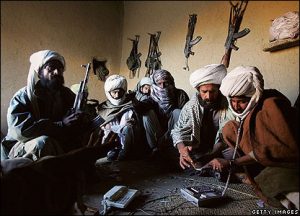 A tribal society, Afghanistan has always been ruled autocratically by sardars (tribal chiefs), some 250 of them, who have kept their people backward, illiterate and deprived. Mainly three sardars of Bugti, Marri and Mengal tribes have been in revolt against the federation from time to time in their bid to maintain the status quo by blocking the federal government’s efforts of development or democratization. Although they held positions of power as chief ministers of their province from time to time, they neither did anything significant for their people nor did they remain part of the political process. To perpetuate their despotic rule, they decided to part ways with the federation. Other moderate sardars either chose to side with the federation or stayed neutral.

Reluctance of successive federal governments to promote genuine federalism for fear of compromising national unity in the belief that ‘a strong center would guarantee a strong federation’ proved a fallacy. The dissidents used this to inflame nationalist sentiments and demands for greater provincial autonomy and control over the province’s natural resources turned into a demand for independence.

President Musharraf invited the Chinese to finance and build the deep sea port at Gawadar south of Balochistan. This was aimed at generating economic activity in Balochistan and facilitating the Chinese to import oil and raw materials from the Middle East and Africa and export goods through a land corridor extending from Gawadar to China’s Sinkiang province. They were also encouraged to build an oil refinery in Gawadar and allowed to mine minerals in Balochistan. This, Musharraf hoped, would bring financial independence to people and empower them, keep the trouble makers out, and serve as the precursor of another enormous economic opportunity – a trade corridor for Central Asia, particularly for its oil and gas.

The dissident sardars rose up in arms in an effort to destroy the project and its profound impact on Balochistan’s economy for fear of losing their hold on the people. In a sustained campaign, aided and abetted by outside interests opposed to Gawadar port, fears were expressed that this was an effort to colonize Balochistan.

In this backdrop, a low intensity insurgency has festered in Balochistan for a few decades now.

India began meddling in Afghanistan in the mid 1970s. After helping East Pakistan to secede in 1971 by fostering an insurgency, India tried the same model in Balochistan – exploiting the disaffection between the state and the dissident sardars. The aim was to deny Pakistan the energy resources, bleed it economically, and fragment it ultimately. The Balochistan Liberation Army (BLA) – the most active insurgent group today, made its debut in 1973. Arms from the former Soviet Union found their way into the province and many insurgents were clandestinely trained and educated there.

Down the road India became concerned at the development of Gawadar port. Besides making the Baloch people economically independent, the port was to be of strategic importance to the Pakistan Navy, which would have an alternate port further west of Karachi. India did not like the Chinese presence at Gawadar. This would interfere with its aim of controlling the Indian Ocean region with its upcoming blue water navy.

Leaders of Baloch insurgencies have publicly listed India among their sponsors. Brahamdagh Bugti, a BLA leader, said that he accepted assistance from India and Afghanistan to defend the Baloch nationalist cause. In a statement, Wahid Baloch, President of Baloch Society of North America, said, “We love our Indian friends and want them to help and rescue us from tyranny and oppression. In fact, India is the only country which has shown concern over the Baloch plight. We want India to take Balochistan’s issue to every international forum, the same way Pakistan has done to raise the so-called Kashmiri issue. We want India to openly support our just cause and provide us with all moral, financial, military and diplomatic support.” Not to be left behind was the former RAW agent B. Raman who wrote this to Sonia Gandhi: “struggle for an independent Balochistan is part of the unfinished agenda of the partition”.

With Afghanistan coming under US occupation, Mossad, MI6 and the CIA jumped into the fray with an agenda of Greater Balochistan, providing new partners to India. Small pockets of local resistance mushroomed into organized foreign funded, armed groups, which were discretely supported by the three dissident tribal chiefs. As a hub for joint operations, India established a ring of 26 consulates along the Balochistan border in Afghanistan and Iran that began funding, training and arming the dissidents.

The insurgent groups are not led by common Balochis but by the scions of the three rebel chiefs who are in line to succeed their aging patriarchs. The movement offers no substitute to the sardari system and takes the Baloch back into the past rather than into the future. By creating instability through acts of terrorism they hope to chase the Chinese away, prevent the full potential of Gawadar from being realized, stop other development works, create obstacles for the Iran-Pakistan gas pipeline, which is opposed by the US, and keep Balochistan economically deprived.

The selection of targets and use of modern weapons demonstrates quite clearly that the dissidents have been trained by military experts. Insurgencies of this magnitude cannot last without very large funds that the insurgents cannot raise on their own. According to an estimate the financial outlay for BLA alone is 50-90 million rupees per month. Reportedly, massive amounts of cash is flowing into their hands from Afghanistan through American defence contractors, CIA foot soldiers, agents in double disguise, rehired Pakistani ex-soldiers and free lancers.

Balochistan’s present chief minister, a Baloch tribal chief, said that Indian RAW was running about 40 training camps in Balochistan. Pakistan’s foreign secretary told his Indian counterpart that “Pakistan will easily establish that Indian consulate in the Afghan city of Kandahar is actually a control room of all the terrorist activities organized by the separatist BLA”. In 2006 President Musharraf handed over an account of these subversive activities to President Karzai. He also presented evidence to Admiral Mike Mullen of these activities right under the American nose. And then recently, Pakistan’s prime minister handed over to his Indian counterpart at a recent Sharm-al-Sheikh meeting a dossier containing damming evidence of India’s deep involvement in terrorist activities and the insurgency in Balochistan.

The Americans developed an interest in Balochistan for several reasons. It is the only available route for transportation of oil and gas from Central Asian and Caspian Sea region after alternate routes via Russia or China were not found feasible. Then Balochistan itself had an estimated 19 trillion cubic feet of natural gas reserves and 6 trillion barrels of oil reserves in addition to gold, copper and other minerals, making it attractive for exploration. Like the Indians, the Americans also did not like the Chinese breathing down their neck in Gawadar – so uncomfortably close to the oil lanes of the Straits of Hormuz and the US bases in the Indian Ocean, although at no point did Pakistan and China contemplate Gawadar to become a Chinese military base. Balochistan shares a long border with Iran along Iranian Balochistan, which is inhabited by a large Baloch population. The concept of Greater Balochistan floated in Pakistani Balochistan would naturally ignite the Baloch nationalist sentiment on the Iranian side too. Iran now complains of US involvement in fanning insurgency in its Baloch area through the Sunni organization ‘Jundullah’ whose leader was arrested recently by Iran and who has confessed of his ties with US agencies that support his organization.