No You Can’t: Obama’s Test and Turkey’s Time 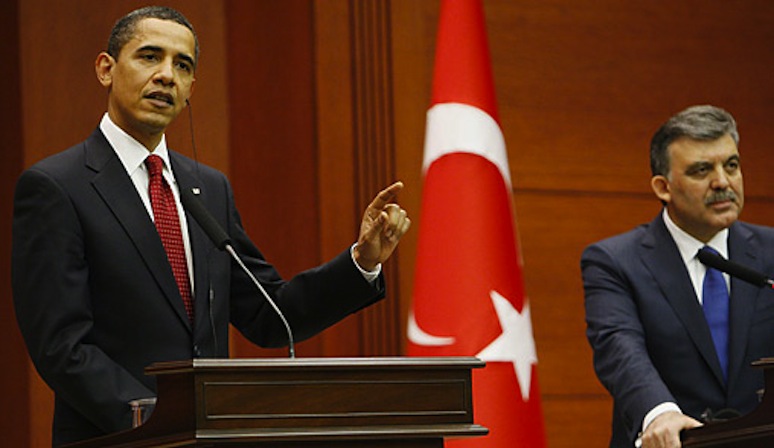 Yerevan—A couple of sentences in a non-binding resolution, passed by the House of Representatives foreign affairs committee on March 4, softly reaffirming the genocide of the Armenian people and the forcible dispossession of their homeland, has got Turkey threatening the world, the US administration complicitly trying to hush Congress by blocking a vote on the floor, and many Armenians celebrating a rare moment against the odds.  The Swedish parliament’s March 11 decision to recognize and then its prime minister’s extraterrestrial apology to Turkey have only raised the stakes.

But there is nothing to celebrate. 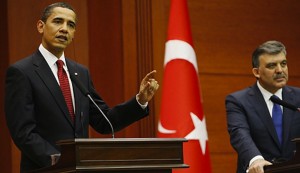 The Armenian people lost more than a million souls and their ancient patrimony in what US Ambassador to the Ottoman Empire Henry Morgenthau, a full generation before Raphael Lemkin coined “genocide,” described in 1915 as “race extermination.”  The US National Archives—together with those of Great Britain, Canada, France, Italy, and even Germany, a close Turkish ally at the time—comprise thousands of eyewitness, diplomatic, consular, and military documents which attest to this first genocide of modern times.

On the balance of commemorative bills and declarations, therefore, lies the integrity of Western civilization—not the perennial Armenian quest for recognition and redemption or even Ankara’s  long-standing policy of shameful denial.

If President Obama and Secretary Clinton want to renege on their previous commitments and so continue their predecessors’ realpolitik in effective mockery of the exemplary American record, it’s their prerogative.  This resolution and the annual April 24 statement offered by the president are opportunities for THEM to set AMERICAN history straight and to pay due tribute to the US and European ambassadors, consuls, relief officials, servicemen, and missionaries who bore witness and worked relentlessly but ultimately helplessly to prevent the Armenian genocide.

Other than that, such initiatives and the standard Turkish response of blackmail and double jeopardy serve only to trivialize the unrequited crime against humanity which opened the twentieth century.  As a grandson of four survivors, I lose nothing more if Mr. Obama trumps his own history and his own conscience by not calling Genocide by its name.  It is he who must decide whether “yes we can” was, like the White House, an end unto itself.

For Washington, Ankara, and other capitals in alliance, it is high time to uncover a few fundamental truths, whether they are self-evident or not.

As we approach April 24 and the great American proclamation on its 95th passing, these simple points might better inform policy and give a more meaningful ring to the words we use, the passages we recite, and the values we hold hallow.