Markets Fail When Humans Are Unregulated 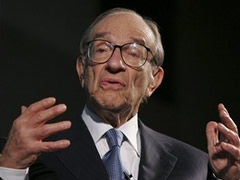 Former Federal Reserve chairman Alan Greenspan answered that he had placed his trust in a flawed theory when he was called before Congress to explain why he, Goldman Sachs Treasury Secretary Robert Rubin, and Deputy Treasury Secretary Larry Summers prevented Brooksley Born, head of the Commodity Futures Trading Corporation, a government regulatory agency, from doing her job of regulating over-the-counter derivatives.

Greenspan blamed his own bad judgment on a theory. The theory, or Greenspan’s understanding of it, nevertheless still holds sway as Congress has proved impotent to re-regulate the gambling casino that is Wall Street. Clearly, the theory serves powerful interests.

But what is the truth?

The truth is that markets are a social institution. Their efficiency depends on the rules that govern the behavior of people in markets. When free market economists talk about markets deciding this or that, they are reifying a social institution and ascribing to it decision-making power. Socialists make the same mistake when they blame markets for  the results of human action. But, of course, markets do not act or make decisions. People act and make decisions, and markets reflect the decisions and actions of people.

The entire debate over regulation is misconstrued. It is not the market, an efficient social institution, that is regulated. What is regulated is the behavior of people in markets.  If you want good results from markets, good regulation of human behavior is a requirement.

The market is like a computer. Garbage in, garbage out.

If people who use markets are not regulated, they issue fraudulent financial instruments.

They leverage assets with absurd amounts of debt. They market their instruments with fraudulent investment grade ratings. They deal themselves aces.

Did Greenspan not know this? Was he a victim of a theory or an enabler of greed unleashed by the absence of regulation?

The way to bring socialists and capitalists together is to recognize that markets are efficient and that self-interested human behavior requires social regulation.

The failure to regulate financial markets has produced enormous losses to all Americans except the super-rich. But the U.S. government is guilty of an even greater failure. Washington has not only permitted but also encouraged the unemployment of its citizens by enabling greed-driven corporations to send American jobs abroad in order to maximize profits for CEOs’ bonuses, shareholders, and Wall Street.

This dispossession of American labor has been heralded by offshoring’s pimps in the major universities as “the New Economy.”

If jobs offshoring is a benefit to America, as the hired pimps of the transnational corporations claim, why is more than one-fifth of the U.S. work force unemployed? Why does the U.S. have the largest trade deficits in world history?  Why is the U.S. dollar losing value over time to other tradable currencies?

Greed and elected representatives, who are toadies to special interests, are decimating the American economy.

Consider President Obama’s budgets for 2010 and 2011. The combined red ink is $2.9 trillion. No one anywhere in the world has this kind of money to lend to Washington. How will these massive deficits, never before experienced on earth, be financed? They can only be financed by the Federal Reserve destroying its own balance sheet by its purchase of toxic financial instruments from the banks thereby providing the banks with cash with which to buy the Treasury’s bonds, or by the Federal Reserve itself purchasing the Treasury’s bonds by creating new money, or by another collapse in equity values that sends investors fleeing into “safe” Treasury bonds.

American power is on the precipice, about to fall.  Perhaps it is a good thing. The world will be rid of bullying, of invasions of innocent countries based on blatant lies, of torture and murder of woman and children, of redistribution of income from the poor to the rich.

The criminal record accumulated by the United States makes it the least indispensable country on earth.