Economy: The Crisis Is Not Over 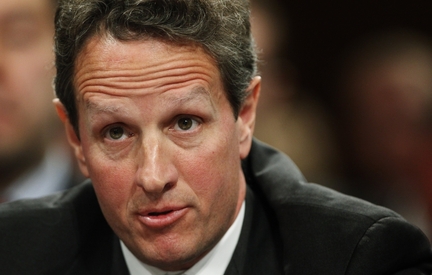 The global crisis is understood as a banking crisis brought on by the mindless deregulation of the U.S. financial arena. Investment banks leveraged assets to highly irresponsible levels, issued questionable financial instruments with fraudulent investment grade ratings, and issued the instruments through direct sales to customers rather than through markets. 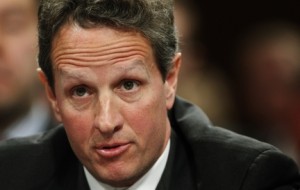 The crisis was initiated when the U.S. allowed Lehman Brothers to fail, thus threatening money market funds everywhere.The crisis was used by the  investment banks, which controlled U.S. economic policy, to secure massive subsidies to their profits from a taxpayer bailout and from the Federal Reserve. How much of the crisis was real and how much was hype is not known at this time.

As most of the derivative instruments had never been priced in the market, and as their exact composition between good and bad loans was unknown (the instruments are based on packages of securitized loans), the mark-to-market rule drove the values very low, thus threatening the solvency of many financial institutions. Also, the rule prohibiting continuous shorting had been removed, making it possible for hedge funds and speculators to destroy the market capitalization of targeted firms by driving down their share prices.

The obvious solution was to suspend the mark-to-market rule until some better idea of the values of the derivative instruments could be established and to prevent the abuse of shorting that was destroying market capitalization. Instead, the Goldman Sachs people in charge of the U.S. Treasury and, perhaps, the Federal Reserve as well, used the crisis to secure subsidies for the banks from U.S. taxpayers and from the Federal Reserve. It looks like a manipulated crisis as well as a real one due to greed unleashed by financial deregulation.

The crisis will not be over until financial regulation is restored, but Wall Street has been able to block re-regulation. Moreover, the response to the crisis has planted seeds for new crises. Government budget deficits have exploded. In the U.S. the fiscal year 2009 federal budget deficit was $1.4 trillion, three times higher than the 2008 deficit.  President Obama’s budget deficits for 2010 and 2011, according to the latest report, will total $2.9 trillion, and this estimate is based on the assumption that the Great Recession is over. Where is the U.S. Treasury to borrow $4.3 trillion in three years?

This sum greatly exceeds the combined trade surpluses of America’s trading partners, the recycling of which has financed past U.S. budget deficits, and perhaps exceeds total world savings.

A third crisis is also in place. This crisis will occur when confidence is lost in the U.S. dollar as world reserve currency. This crisis will disrupt the international payments mechanism. It will be especially difficult for the U.S. as the country will lose the ability to pay for its imports with its own currency. U.S. living standards will decline as the ability to import declines.

Jobs offshoring was initiated by Wall Street pressures on corporations for higher earnings and by performance-related bonuses becoming the main form of managerial compensation. Corporate executives increased profits and obtained bonuses by substituting cheaper foreign labor for U.S. labor in the production of goods and services marketed in the U.S.

Jobs offshoring is destroying the ladders of upward mobility that made the U.S. an opportunity society and eroding the value of a university education. For the first decade of the 21st century, the U.S. economy has been able to create net new jobs only in domestic nontradable services, such as waitresses, bartenders, sales, health and social assistance and, prior to the real estate collapse, construction. These jobs are lower paid than the jobs were that have been offshored, and these jobs do not produce goods and services for export.

Jobs offshoring has increased the U.S. trade deficit, putting more pressure on the dollar’s role as reserve currency. When offshored goods and services return to the U.S., they add to imports, thus worsening the trade imbalance.

The policy of jobs offshoring is insane. It is shifting U.S. GDP growth to the offshored locations, such as China, thus halting growth in U.S. consumer incomes. For the past decade, U.S. households substituted an increase in indebtedness for the lack of growth in income in order to continue increasing their consumption. With their home equity refinanced and spent, real estate values down, and credit card debt at unsustainable levels, it is no longer possible for the U.S. economy to base its growth on a rise in consumer debt. This fact is a brake on U.S. economic recovery.

Stimulus packages cannot substitute for the growth in real income. As so many high value-added, high productivity U.S. jobs have been offshored, there is no way to achieve real growth in U.S. personal incomes. Stimulus spending simply adds to government debt and pressure on the dollar, and sows seeds for high inflation.

The U.S. dollar survives as reserve currency because there is no apparent substitute. The euro has its own problems. Moreover, the euro is the currency of a non-existent political entity. National sovereignty continues despite the existence of a common currency on the continent (but not in Great Britain). If the dollar is abandoned, then the result is likely to be bilateral settlements in countries’ own currencies, as Brazil and China now are doing. Alternatively, John Maynard Keynes’ bancor scheme could be implemented, as it does not require a reserve currency country. Keynes’ plan is designed to maintain a country’s trade balance. Only a reserve currency country can get its trade and budget deficits so out of balance as the U.S. has done. The prospect of U.S. default and/or inflation and decline in the dollar’s exchange value is a threat to the reserve system.

The threats to the U.S. economy are extreme. Yet, neither the Obama administration, the Republican opposition, economists, Wall Street, nor the media show any awareness. Instead, the public is provided with spin about recovery and with higher spending on pointless wars that are hastening America’s economic and financial ruin.