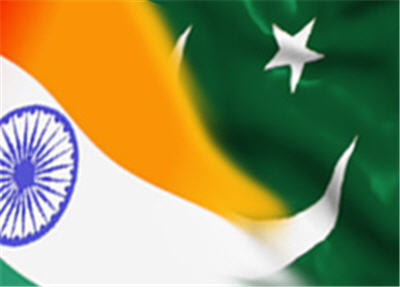 India has major, continuing, and long-standing problems with its consequential neighbors. With China it has an unresolved border dispute. The Kashmir dispute remains a key roadblock with Pakistan. With Bangladesh, it has not even begun to tackle the emotive issue of illegal migration. While the government is progressing on expanding trade and other dimensions of the bilateral relationships, it is not making any headway on these crucial and potentially disruptive issues. 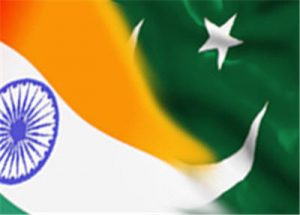 The strategic paradigm the UPA government operates in is a cross between Nehruvianism and neo-liberalism. It believes that linkages in less troubled areas in which prospects of mutual gain exist, such as in trade, people to people contact etc., would subsequently help create the conditions and goodwill for and constituencies interested in tackling the more difficult areas of the relationship. This expectation is true even in the case of Pakistan, with which India has currently ‘paused’ the dialogue process.

This effort alone is not good enough to bring the bilateral relations on to an even keel. Additionally, the government needs to address the issues of ‘high politics’ by first arriving at an internal consensus. This entails engaging with the arguments originating in the realist-hyper realist-nationalist paradigm.

The assumptions and prescriptions in this strategic paradigm being different, the conclusions it arrives at on bilateral relations are expectedly different. Taking a view of international relation that privileges power and its use, it prefers the Indian state to be mindful of power play, particularly in balancing China and its expanding interest and presence in the other two neighbors.

On China, the recent media controversies on Chinese intrusiveness on the border and the government’s defensiveness on the allegations indicate the sway of the paradigm in strategic thinking in India. The reaction to Sharm es Sheikh that has since held up India’s reaching out to Pakistan also is a testimony to the good health of this paradigm. While the recent ‘historic’ visit of the Bangladeshi Prime Minister went off well, the issue of illegal migration was off the agenda. Thus, even where there is a certain like-mindedness in approach, India appears unable take up the major issues.

The expectation is that outstanding issues will eventually get resolved and India, in any case, has the capacity to cope with any unpalatable fallout in the interim. The problem that can arise by their very presence, even if on a back burner, is their potential for explosion.

With respect to China, a prognostication is on a border war as early as 2012. With Bangladesh, the manifesto of the opposition party in the last election had it that it would take action on the question of illegal migration within 100 days of being elected to power. The impact on India’s social harmony can be assessed. The fear of another terror attack from Pakistan remains, with a Council on Foreign Affairs report, authored by Daniel Markey, assessing that India would respond militarily.

Since these risks are not worth running, the government requires taking up the debate with the realist-nationalist paradigm. Presently, the strategic discourse is dominated by the realist-nationalists. The institutions in the security field including security think tanks, the military and the intelligence agencies are largely of this persuasion. The hold up in progressing matters in these cases can be attributed to the government’s inability to carry the argument. The government, constantly having to look over its shoulder, is unable to take the Nehruvian-liberal paradigm that it otherwise professes to operate in, to its logical conclusion.

This means it needs to take up the issues in the open domain through a public information campaign. Precedence exists in the government taking up the challenge of traditional thinking on Indo-US ties by staking its longevity on the floor of the parliament for the sake of the nuclear deal. Taking cue from this it can be expected to have the tactical capacity to go down this route. The question of ‘political will’ remains.

The main party in the coalition, the Congress, cannot be expected to step in, busy as it is with domestic issues such as price rise, agitations for smaller states, and widening its base in the more electorally consequential provinces. It is the government’s responsibility to take up the issues, given that these have a security dimension with a short and long term fuse. Since in light of its weakness, it cannot go down all three roads simultaneously, it could select the one it needs to do so with the greatest urgency.

This can easily be arrived at since in Markey’s words, ‘India faces the real prospect of another major terrorist attack by Pakistan-based terrorist organizations in the near future.’ That the log jam in relations with Pakistan can have grievous implications is assessed by Markey in his report, ‘Terrorism and Indo-Pakistani Escalation’, as: ‘The more egregious the terrorist attack and the more India’s leadership is convinced that members of the Pakistani state sponsored it, the more it will be treated as an act of war. Under these conditions, New Delhi would consider a wider range of options, including, for instance, a large ground-force mobilization of the sort India conducted in 2001-2002 in the wake of the terrorist attack on the Indian parliament or a naval blockade.’

The year since the Mumbai 26/11 outrage had terrorists knocking at the gates of Islamabad. India’s realists-nationalists have so far held up the government’s preferred response option of resuming the stalled peace process in the hope that Pakistan going under is in India’s interests. The government needs to take a stand and in reaching out to Pakistan launch itself into a public debate. While the inter-strategic paradigm debate can be expected to continue in the editorial columns, on TV and in security journals, ultimately it is the voice of the people that would adjudicate. In this the government can be sure that both its case and its hands would stand strengthened. Mr. Manmohan Singh needs to strike again.